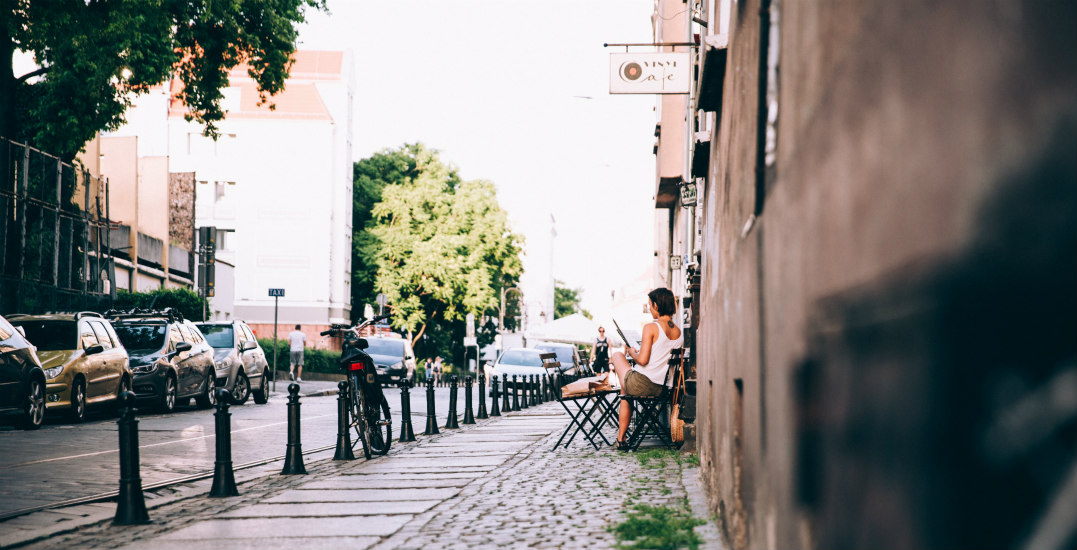 We don’t know about you, but we’re constantly on the lookout for cool destinations to visit. The kind of places that awaken a part of you that you never knew existed.

Don’t worry, Canada, we still love you. It’s not personal; we just have an unwavering desire to explore somewhere further afield. The rich history and diversity of Europe are calling, and there’s no better time to experience this side of the world than in 2020.

One of the wonderful things about Europe is that you can easily visit multiple destinations on one vacation, due to its fairly compact geography. To help you plan your trip, we’ve partnered with the travel experts at Flight Centre to discover their insider tips for the coolest European cities. 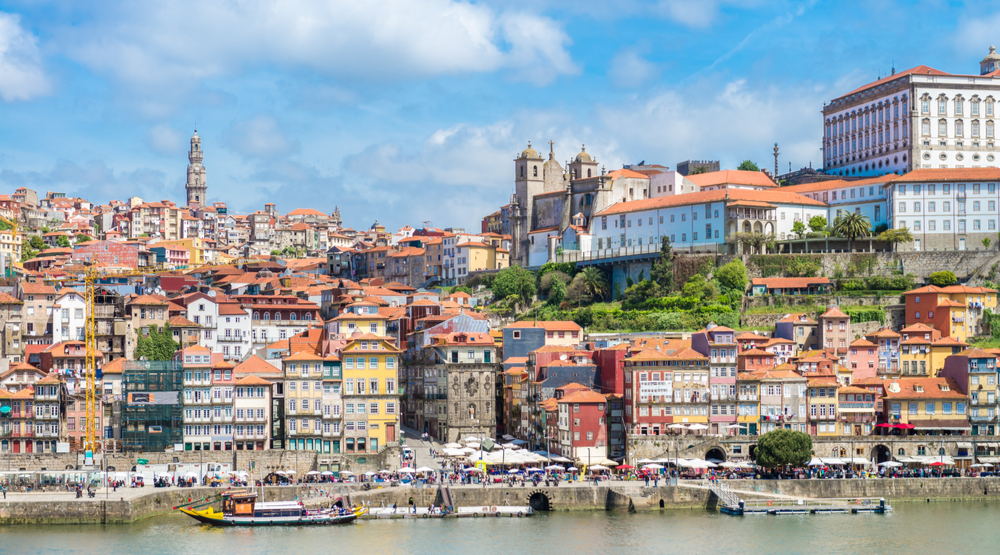 Located in northwest Portugal, the coastal city of Porto is renowned for its riverside district filled with medieval architecture. Don’t get us started on the food scene — grilled octopus and Bacalhau com Natas are the best local offerings.

Flight Centre’s Sam Melkic recommends visiting the Algarve’s seaside town of Salema during a trip to Portugal. “A charming little seafood-focused restaurant called Boia Bar, located right on the beach, was what drew me to this lovely seaside town. Fish is caught fresh every day from fishing boats in town,” says Melkic. 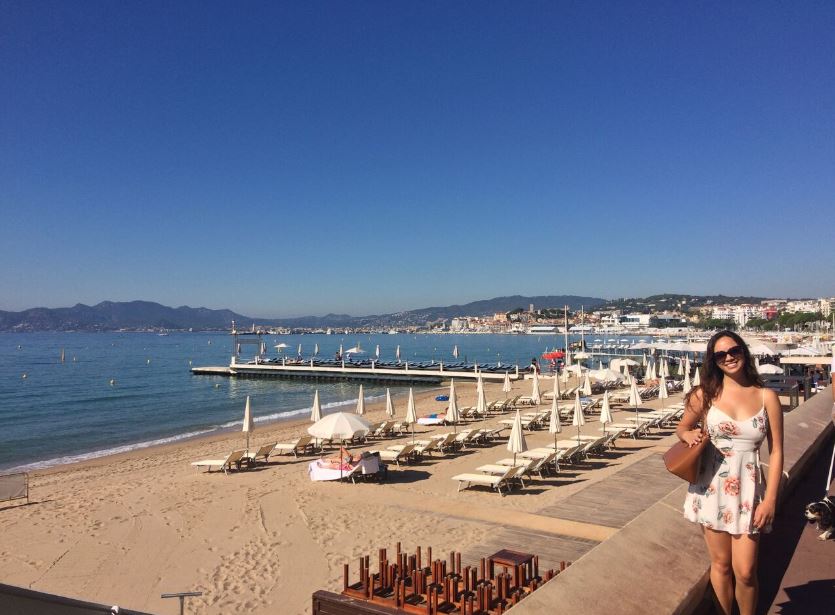 Interested in exploring Cannes on the French Riviera? Flight Centre’s Jessica Pong says to skip the main drag of over-priced beach clubs lining the Promenade de la Croisette, and head to the area just west of Le Vieux Port. “It’s much quieter, less crowded, and less expensive, but it has the same views and a beautiful beach. Spend the extra money on more rosé, a specialty of the region.” 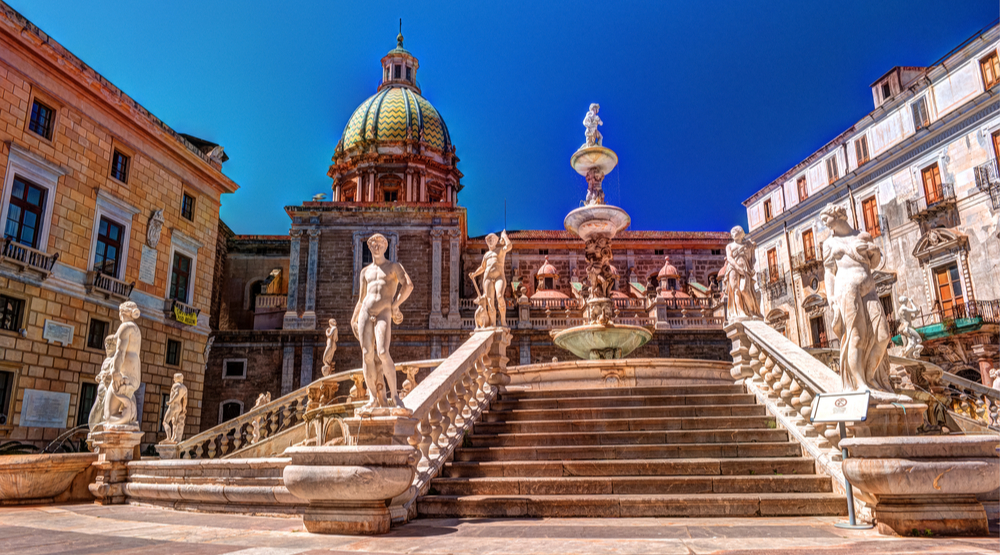 By now, you already know that Italy is famed for its cuisine, breathtaking architecture, and dazzling coastline. Palermo, the capital of Sicily, is located on the edge of Europe and it’s a melting pot of cultures, both ancient and new. Spend a morning navigating the bustling markets, make your way to Quattro Canti, and take in the beauty of the ornate buildings around you. Pro tip: get a taste for Sicilian cuisine at Bebop ristorante. 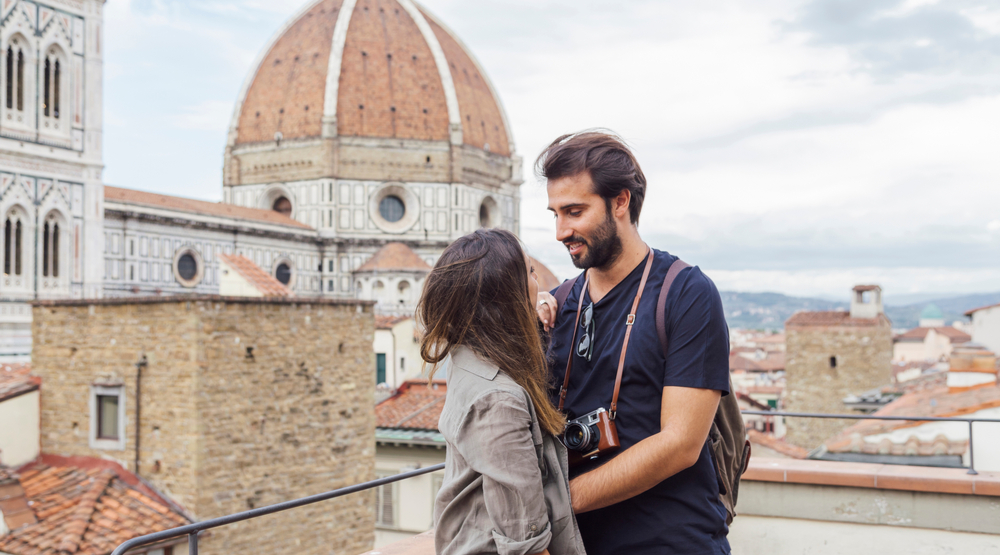 As the capital of Italy’s Tuscany region, everything about Florence leaves us awestruck. Set your eyes on Renaissance masterpieces by the greats Michelangelo and Leonardo da Vinci and wander through the iconic Duomo Cathedral.

When it comes to affordable and authentic food, Flight Centre’s Bridget Vail (who actually lived in Italy) says Santo Spirito Square is your go-to. “The prices can’t be beaten! My personal favourite [restaurant] was Borgo Antico.” Thinking of doing a day trip to Pienza? Vail says, “It’s a small medieval town with incredible Instagram opportunities. More importantly, it’s where you get the best pecorino cheese in Italy.” 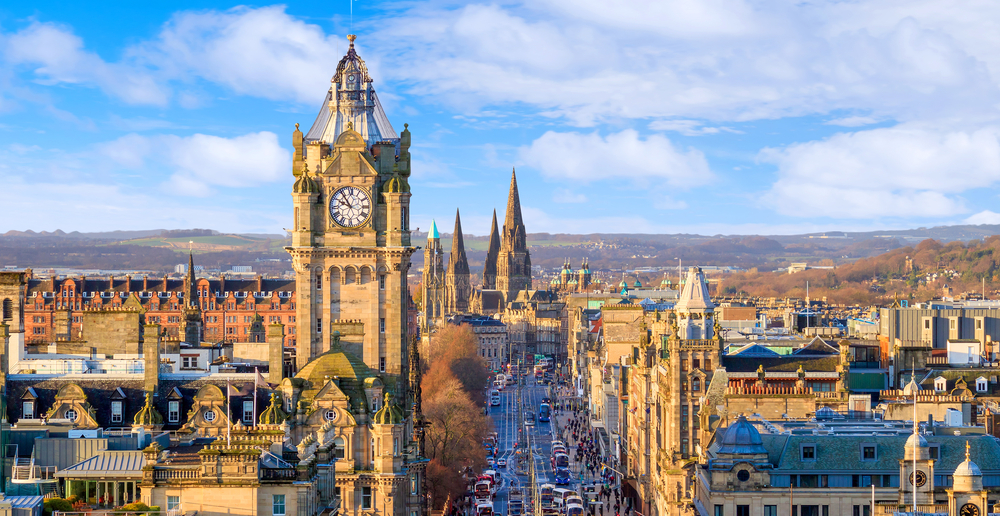 Immerse yourself in the rich heritage of this Scottish city, take a tour of the epic castle that dominates the skyline, and feel at home in the old town. Flight Centre’s Lauren Houston says Edinburgh should be on everyone’s bucket list. “Be sure to check out Mary Kings Close — a buried street in the city that depicts life in the 15th century. The tour is fantastic and reasonable in price.”

If the west coast town Troon is on your Scotland agenda, Flight Centre’s Brittany Bell recommends dining at harbourfront spot Scotts Bar and Restaurant. “I still miss the lobster and everything else on that menu so much, I would go back just to eat there again,” says Bell. 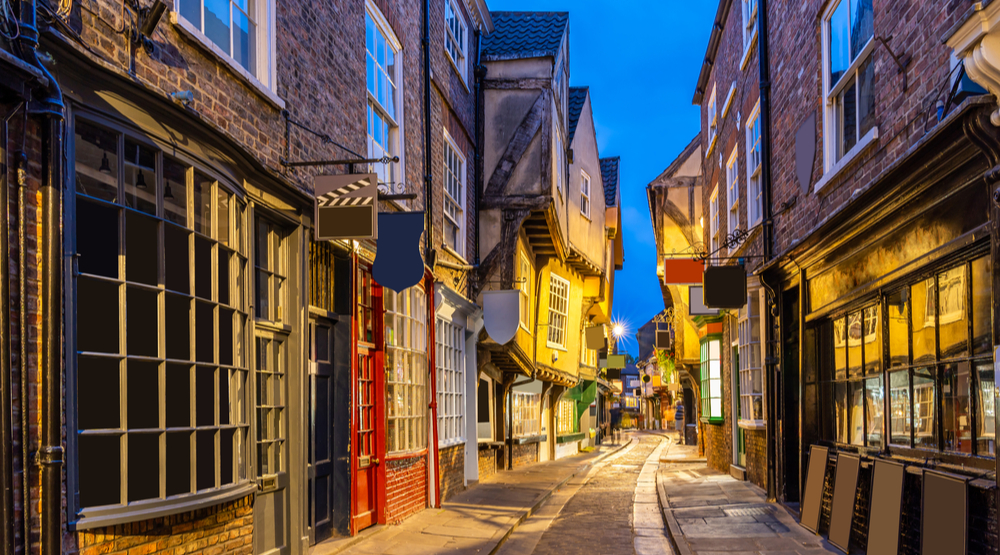 You don’t always have to visit London on a trip to the UK, and if you’re looking to spend time in a city that strikes the perfect balance for culture and history, York is the place. Located in Northeast England, the walled city was actually built by the Romans and features landmarks including a 13th-century Gothic cathedral and the Shambles shopping area with medieval architecture. Make a reservation for The Park Restaurant and order the tasting menu to get a true sense of British cuisine. 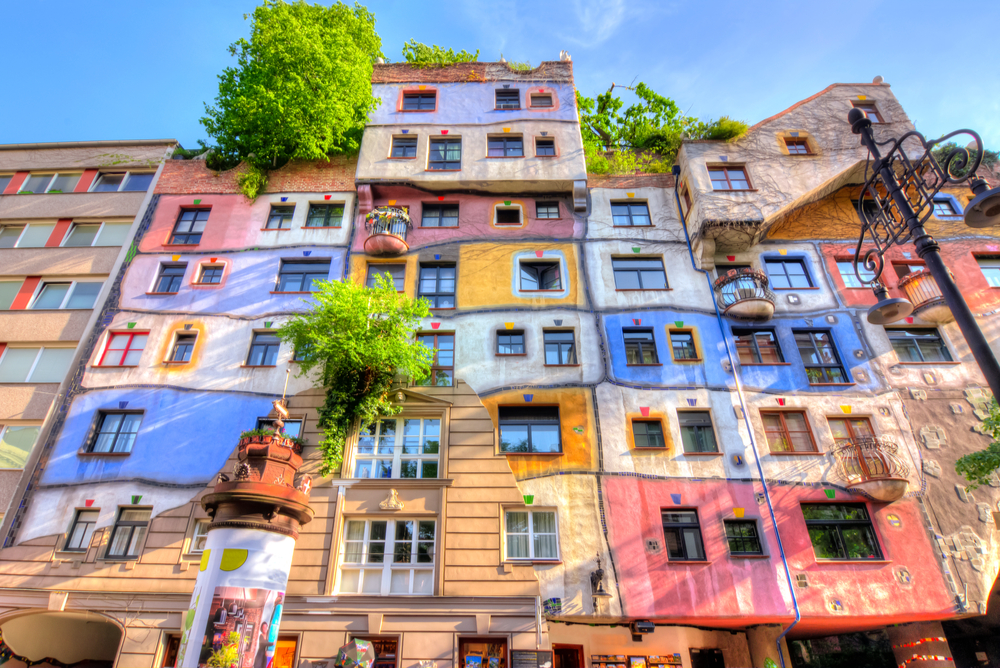 As Austria’s capital city (and the former home of Mozart and Freud), there’s nowhere in the world like Vienna. Classic and contemporary architecture make strolling along Kärntner Strasse a real treat for the senses.

Be sure to check out the Hundertwasser House during your trip. Flight Centre’s Andrea Lacroix Dennehy says you’ll wonder how it’s structurally sound because it seems like a child’s drawing that has come to life. “Sit in the ground floor cafe and be guided through the house by Hundertwasser himself, through film,” Dennehy adds. 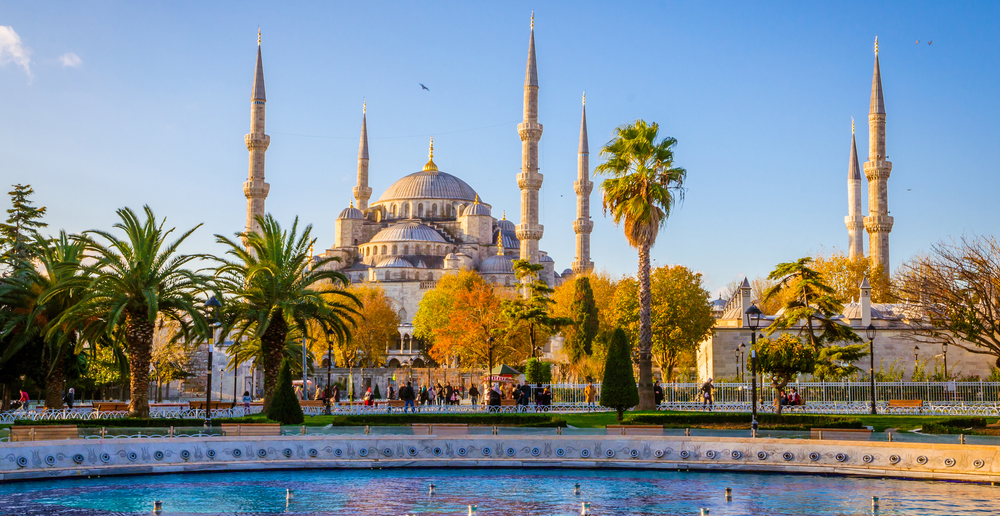 As one of Turkey’s major cities, Istanbul offers a wealth of experiences for the curious traveller. History runs deep here and you’ll notice this in the beautiful Roman and Gothic-inspired architecture. Check out one of the world’s most visited museums, the Hagia Sophia, and shop like a local at the massive Çarşamba market where you’ll find everything from spices to traditional and branded clothing. 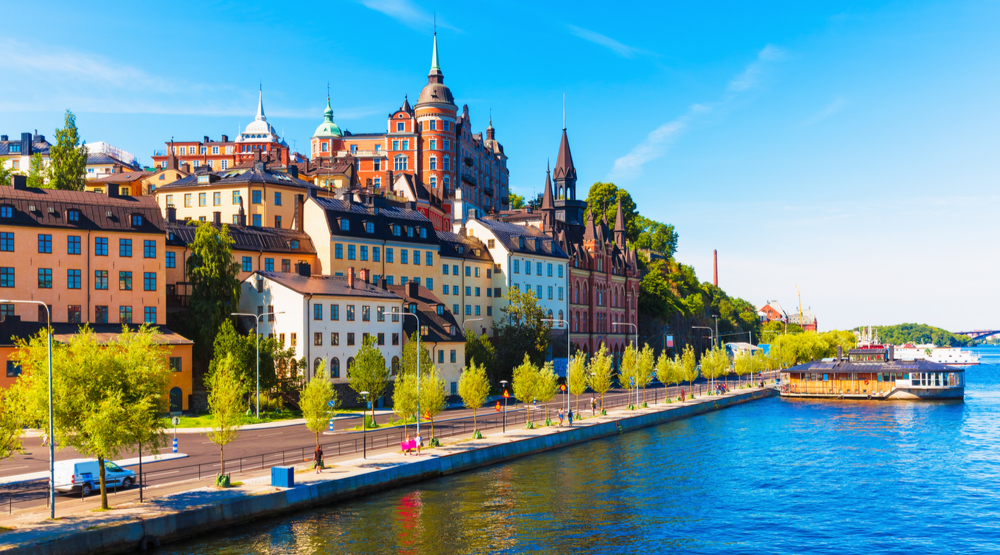 A beautiful city on the water, the Swedish capital of Stockholm is undeniably charming with 13th-century architecture, colourful buildings, and cobblestone streets. Flight Centre’s Genevieve Coleman says visiting the Vasa Museum (Sweden’s 17th-century version of the Titanic) is an absolute must. “It sunk in the Baltic Sea in 1628 and was only rediscovered in 1961. It’s now inside the museum for all to see.”

Coleman suggests making a day of it and taking the ferry from Gamla Stan to Djurgården. “There, you’ll find the Gröna Lund theme park, ABBA museum, and a small National Park that’s perfect for a picnic. Exploring Stockholm’s archipelagos is the best way to see the city like the locals,” she adds.

Eager to start planning your 2020 trip to Europe? Visit Flight Centre and let Canada’s top travel experts craft an unforgettable itinerary for you. All you have to do is book your vacation time off work and get ready for an eye-opening travel experience.