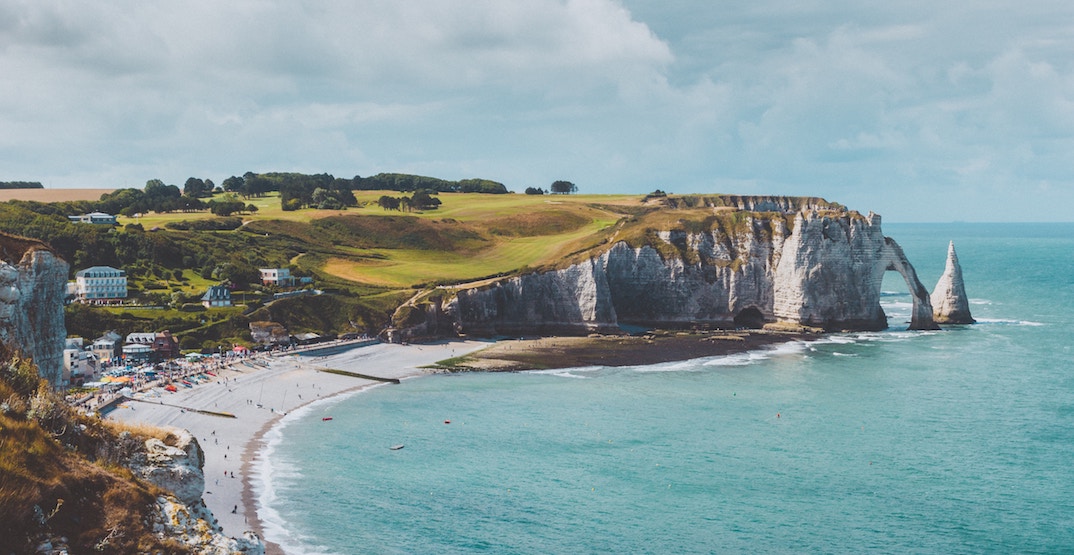 Seventy-five years ago this morning, the scene along France’s Normandy coast looked much different than the tranquil beaches of today.

June 6, 1944, marks the anniversary of D-Day — AKA Operation Overlord — where 156,000 Allied troops took part in the most significant seaborne invasion in history.

While the battles of WWII had been ongoing for nearly half a decade, the Allied forces were there with one mission in mind: to liberate Europe from the tyranny of Nazi occupation.

The majority of US, British, and Canadian forces sailed from Portsmouth, England to land on the Northern coast of France, now known as the Côte du Calvados, between Cherbourg and Le Havre.

The target 80 km stretch of Normandy beaches was divided into five sectors — Utah, Omaha, Gold, Juno, and Sword — which served as the entry point for the Allied forces to fight their way inland through Normandy to Paris.

Despite less-than-ideal weather conditions and powerful German defenses, the operation gained a foothold which the Allies gradually expanded over the coming months. The events of D-Day played a vital role in the eventual collapse of German forces in France and the overall victory of the Allied forces the following year, with the war officially ending on Sept. 2, 1945.

Each year on the anniversary of D-Day, people across the globe gather along Normandy’s shores to honor the heroes who fought so bravely for their freedom. The annual Normandy D-Day festival commemorates the historical moment with a ceremony that includes firework displays, parachute landings, parades, and special exhibitions.

Can’t make the festival? Fear not. Normandy is a beautiful place to visit year round –but especially in the summer.

Our tip? Rent a car in Paris and road trip up to Normandy to spend a few days exploring the historic beaches of the region. Starting in the east, you’ll hit Sword, Juno, and Gold, followed by Omaha and Utah in the west.