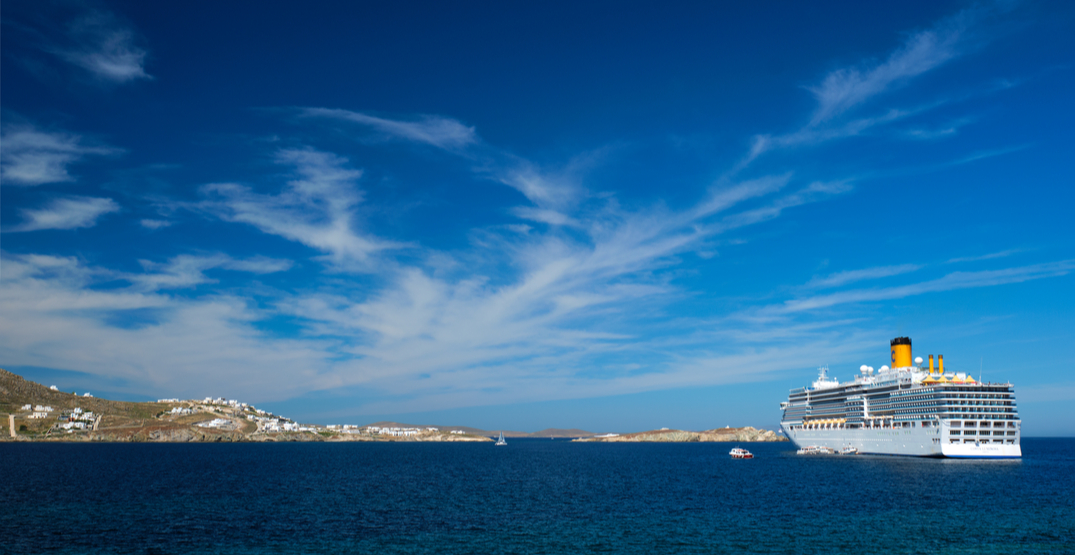 While many cruise companies have temporarily halted operations altogether due to the COVID-19 pandemic, some cruise lines still have sailings stranded out at sea with no countries wanting to risk contamination by allowing them to dock at their ports.

In an advisory issued on March 13, the Cruise Lines International Association (CLIA) announced that it would be temporarily ceasing cruise ship operations related to US ports for 30 days as government and public health officials continued to address the ongoing coronavirus pandemic.

However, when the decision was made, the association still had ships at sea.

“Approximately 40 ships and 90,000 passengers were at sea at the effective date and time of the voluntary and temporary suspension,” the post details.

“Of those 40 ships, 29 were in the midst of their itineraries, and 11 had departed that evening. On March 16, 11 of these 40 ships will complete their sailings; the remaining have various dates of return out to March 30. Over the 30-day period, approximately 500 cruises and 1.2 million passengers will be impacted by suspended itineraries.”

Holland America, a large cruise line company based out of Seattle, also issued a statement that they would be temporarily halting operations of their 14 ships for 30 days, impacting sailings meant to depart through April 14, 2020, due to the coronavirus pandemic.

However, they face the same issue as CLIA. The company still has four ships awaiting disembarkation with captains and crew struggling to find ports that are willing to take them.

One of the vessels, Zaandam, was hoping to disembark in Punta Arenas, Chile, but was not permitted to do so by local authorities.

Now, the ship has departed and is en route to San Antonio for a service call to take on fuel as well as other supplies.

The company’s Seattle headquarters continues to work with several governments and embassies to explore other destination options to disembark guests.

Passengers aboard the Amsterdam, anticipated to conclude on March 22 in Fremantle, Australia, are feeling anxious due to the sudden border closures announced by Prime Minister Scott Morrison, and some older guests are concerned about air travel from Australia because of their age and individual health situations.

Some have even requested to sail back to Fort Lauderdale (the ship’s origin point) with the boat, which the Holland America team has deemed unsafe due to the remoteness of the route and the fact that islands along the way are not currently accepting cruise ships.

Maasdam, a ship that was initially meant to disembark in Hilo on the Big Island of Hawaii, received word from state authorities that the island has now been closed to cruise ships.

Hilo does not have any confirmed cases of coronavirus at this time, and neither do any passengers onboard Maasdam, but the island has been closed as a preventative measure.

However, officials have confirmed that the ship will be able to disembark in Honolulu on March 20.

Finally, Holland America’s Volendam will be returning to Fort Lauderdale in Florida early because of the swiftly changing port restrictions and closing of borders.

The MS Braemar, a vessel owned by Fred Olsen Cruise Line, a UK-based, Norwegian-owned cruise line, was left stranded in the Caribbean when it was discovered that people onboard became sick with coronavirus, CNN reports.

After desperately searching for weeks for a port that would take it in — after being rejected by several ports in the Caribbean — the ship finally arrived in Havana, Cuba, early Wednesday with the cruise line having aircraft prepared for the rescue mission of sending the passengers home.

Also on Wednesday, passengers that had been quarantined aboard the Silver Explorer docked off the coast of Chile were flown out on charter flights, The New York Times reports.

Passengers aboard another vessel, the Silver Shadow, have nearly completed a week of quarantine in a port north of Brazil.

Both the Silver Explorer and the Silver Shadow are operated by Silversea Cruises, owned by Royal Caribbean.

As well, passengers on board the Costa Luminosa, a vessel owned by Italy’s largest tour operator, Crociere Group (a subsidiary of Carnival Corp.) were finally able to disembark in Marseilles after leaving Fort Lauderdale for a cruise around the Caribbean on February 24, according to The New York Times.

The difficulty with letting these ships disembark anywhere is that it is a lose/lose situation. Either you keep infected passengers on board and have them inevitably spread it to everyone else, or you allow both sick and uninfected people to disembark and risk spreading it even further.

The issue does not stop when these people arrive at the port. With their various methods of travel home, be it planes, cars, transit or the like, the repercussions of their spreading of coronavirus could be catastrophic to their home countries.

Of course, social distancing is essential, and it is absolutely crucial that passengers who are permitted to journey home be in quarantine for a minimum of two weeks following their arrival.