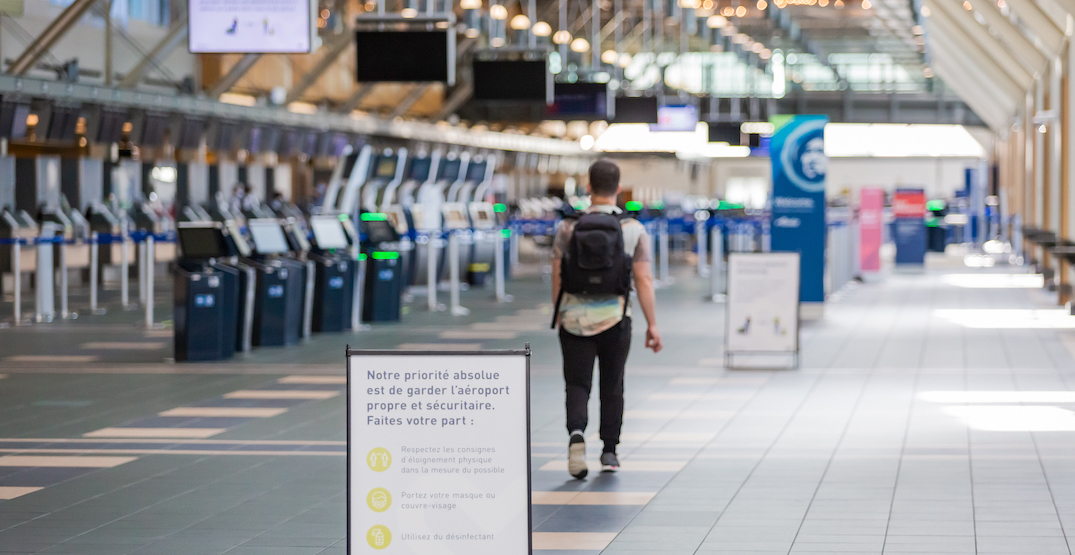 The cost of domestic flights across Canada is reaching remarkable lows in what one expert calls an attempt to “stimulate the demand.”

Dr. David Gillen is a professor at the University of British Columbia’s (UBC) Sauder School of Business and Director at the Centre for Transportation Studies.

Roundtrip flights across the country between destinations such as Vancouver, Toronto, and Montreal can currently be found for as low as $250. Gillen tells Daily Hive that he was “shocked” at how low the prices of flights were. 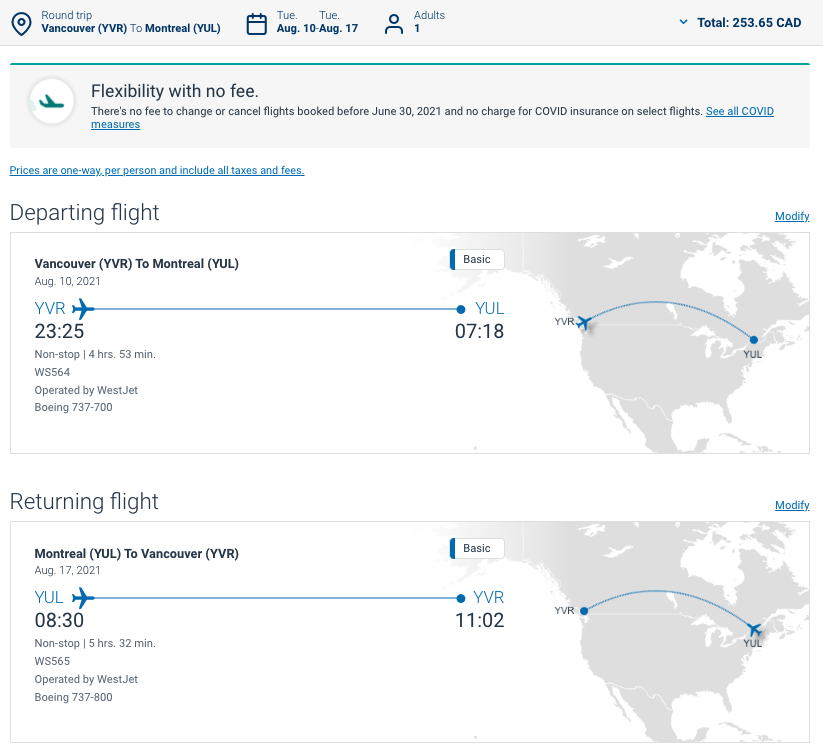 The cost of a roundtrip flight between Vancouver and Montreal during August 2021 (WestJet).

He says that while supply and demand is the main driver, there are a number of other factors contributing to these unusually low prices. One reason, for Air Canada specifically, has to do with the bailout from the federal government.

“Air Canada, as a quid pro quo for the bailout, did agree that they would continue to offer services on routes within Canada,” Gillen explains.

“So they’re compelled to offer those in principle, even if the aircraft is empty. So as long as they’re covering their variable costs, that’s fine. And they’re probably doing that with the fares they’re charging.”

Another reason is that anticipation for summer travel simply hasn’t materialized. Gillen suggests that people are still unsure of whether or not they’re comfortable travelling, despite over 59% of the population having their first dose of the COVID-19 vaccine. This is also combined with the issue of Canada being a “very small market” for major airline companies.

“Air Canada draws a significant portion of their traffic from the United States and connecting traffic internationally,” Gillen says.

He says that what airlines are really trying to do is “stimulate the demand” while proving that domestic travel can be done safely. He noted that he expects the current health and safety measures in airports to remain in place for a long time.

“The kinds of protocols that are in place are probably going to stay in place for a long time,” says Gillen.

“And how that plays out is an open question. What [airlines] are trying to do is demonstrate that flowing through Canadian airports is safe. The more people that are flying through it, that’s going to be a sufficient demonstration.”

But it’s not just a matter of keeping domestic flights accessible to the consumer. It’s also essential that airline companies such as WestJet and Air Canada maintain their fleet — especially when it comes to pilots.

“If they don’t, then [companies are] starting to mothball,” Gillen explains. “And they mothball the aircraft but they also mothball the pilots. And so all those pilots have to be retrained again and that becomes a really expensive proposition.”

May not last for long

But while prices may be low now, Gillen doesn’t think it’ll last for long. In fact, he stressed the long-term damage that airlines have been dealt by the COVID-19 pandemic.

“The way that airlines organize their networks will change,” he says. “How it organizes its fleet will change and, therefore, how it organizes personnel as well. Airlines are going to face higher costs just in terms of ensuring the health and safety of their passengers and their crew for that matter. So all those costs are in place and it’s also going to be smaller.”

Gillen believes that going forward, the aviation industry will be a lot smaller. Not to mention, they’re likely to lose a significant amount of airline traffic in the form of business travellers.

“Businesses, for example, got pretty comfortable using telecommunications while they couldn’t be flying around. And there’s a consequence to that, they realize they could save a tremendous amount of money on international travel.”

“The business traveller is the high-yield passenger. They’re carrying about 80% of the freight. So if you lose a significant percentage of those business travellers, you’ve taken a huge hit on your revenues. So every airline is going to be cutting down.”

Major airlines restructuring for smaller operations, however, could present an opportunity for ultra-low-cost carriers to expand. Whether or not that ends up happening is an open question.

As for these remarkably low domestic flights that are available in the short term, don’t expect them to stick around forever. Gillen says that as more and more Canadians are vaccinated and virus transmission slows down, he thinks fares will go up.

“In the case of the airline industry, there is a pricing section of the airline and it sets the fares,” he explains. “Then there’s the revenue management group and it will allocate so many seats to each one of those fares.”

“The airline will start selling the cheapest seats first and it will get a sense of how strong the demand is going to be. And as that demand increases, they will start moving those cheaper seats into the higher fare categories. So even though we see those cheaper seats right now, whether that will continue or not, I don’t think it’ll happen.”