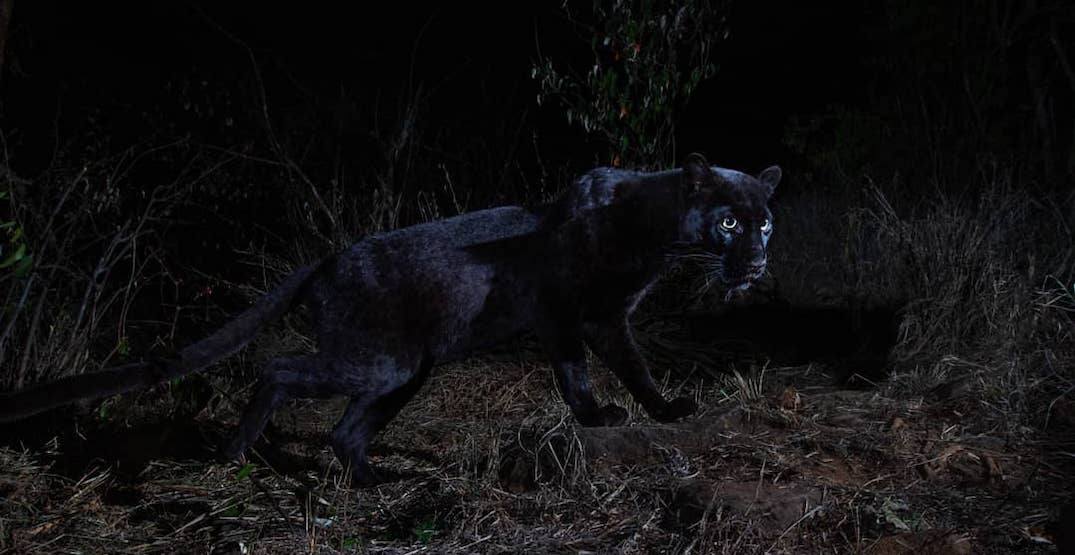 Spotting unique wild animals in their natural habitat makes for an amazing, unforgettable experience. Whether you’re trekking with gorillas or releasing baby turtles into the ocean, these special moments serve as important reminders that us humans are just a small sliver of the animal kingdom.

In fact, this kingdom is so vast that sometimes animals will emerge that humans may have given up on ever spotting in the wild.

This was the case for black leopards, also referred to as black panthers, in Africa. (Black panther is an umbrella term for any big cat with a black coat.)

The extremely rare black leopard gets its colour from a condition called melanism, which causes the body to produce an excess of pigment. This causes the coat to appear black to the naked eye during the day, but infrared imagery will reveal the leopard’s rosette patterns at night. Melanism is the opposite of albinism, which results in little to no colour in the body due to an absence of pigment.

This gorgeous, mysterious creature only just began revealing itself in a forest in India a couple years ago. It has been spotted in Africa, but this particular species hadn’t been scientifically documented in this continent for nearly 100 years.

But thanks to a mix of luck and determination, a wildlife photographer was able to capture the elusive black leopard in a park in Kenya.

UK-based Will Burrard-Lucas has been fascinated by the cat for years, and was fortunate enough to spot one in India last year, captured below. 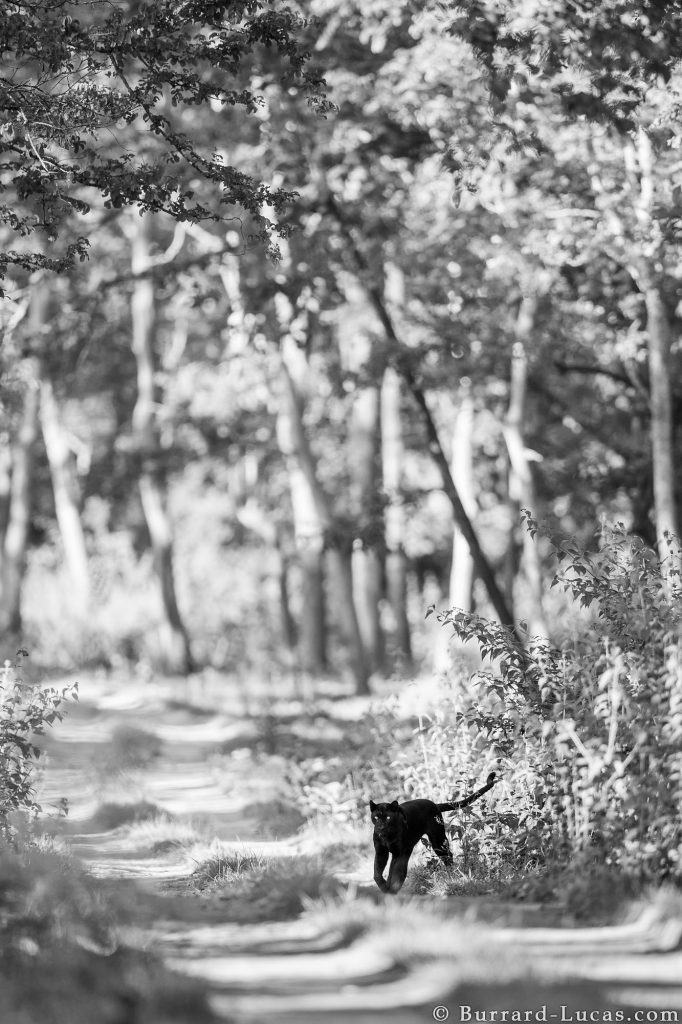 From that moment on, he set his sights on photographing one in Africa.

“Since childhood, I have been fascinated by stories of black panthers. For me, no animal is shrouded in more mystery, no animal more elusive, and no animal more beautiful,” Burrard-Lucas writes on his website. “For many years they remained the stuff of dreams and of farfetched stories told around the campfire at night. Nobody I knew had ever seen one in the wild.

“I never thought that I would either.”

He followed the whispers that the cat had been spotted at Laikipia Wilderness Camp in Kenya, and set off on a mission. He set up a combination of Camtraptions wireless motion sensor, which is triggered automatically when an animal moves into a pre-determined postion, coupled with a high-quality DSLR camera and two or three flashes.

His dreams came true and the black-as-night cat was captured in what is believed to be the first high-quality image of a wild black leopard in Africa.

Burrard-Lucas’ photographs show the beautiful creature moving like liquid through the night, its eyes glowing in the darkness.

The hope for these photos is to encourage valuable tourism revenue from wildlife enthusiasts such as Burrard-Lucas, which is a critical source of conservation funding in places such as Kenya.

You can check out more of his incredible wildlife photography on his Instagram @willbl.