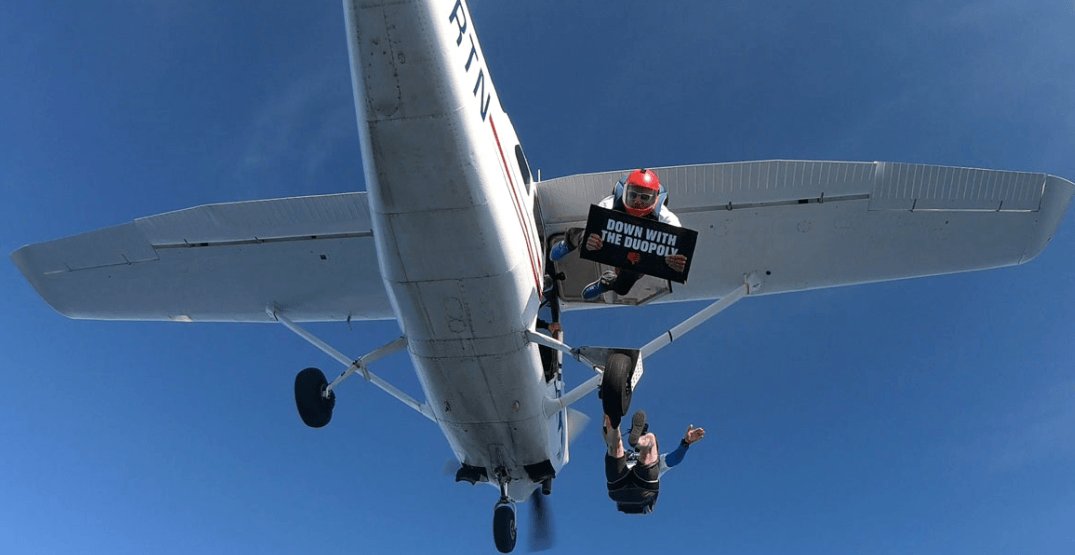 Skydivers jump as part of the protest against the "duopoly."

In a move it said was intended to call out the lack of competition in Canada’s airline industry, ultra low-cost carrier (ULCC) Jetlines staged a sky-high protest of what it says is an unfair “duopoly” situation earlier this week.

Using a total of four planes and 18 skydivers, Jetlines staged the protest over the skies of Vancouver Island on Monday.

Skydivers held signs as they jumped, with protest messages including: “Do your job Competition Bureau,” and “Taking off in Canada is a rip-off.”

Beyond just the visual aspect though, the company said it wants to rally Canadians, investors, and the Competition Bureau around the idea of increased competition and decreased airfares. 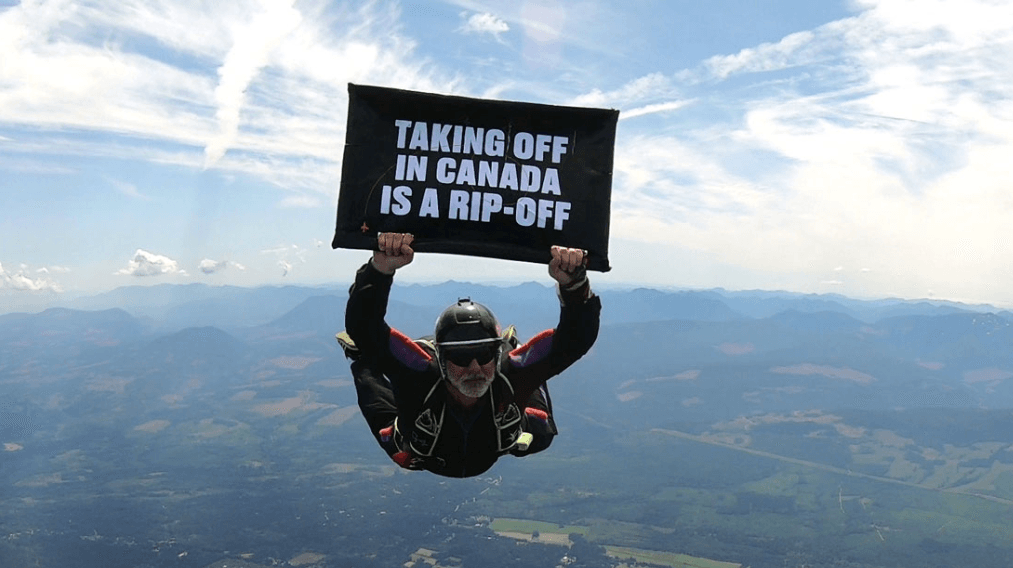 Jetlines blames expensive airfares on Air Canada and WestJet’s “duopoly” in the Canadian market, saying it has successfully inflated ticket prices while stopping low-fare competitors — like itself — from entering the market.

The airline is fighting to get into the Canadian market, and says if it is successful, it could make flying cheaper for Canadians.

Jetlines said that globally, its business model has “has proven to be highly profitable and successful,” adding its entrance into Canadian market “has the potential to dramatically reduce airfares on a long-term, sustainable basis.” 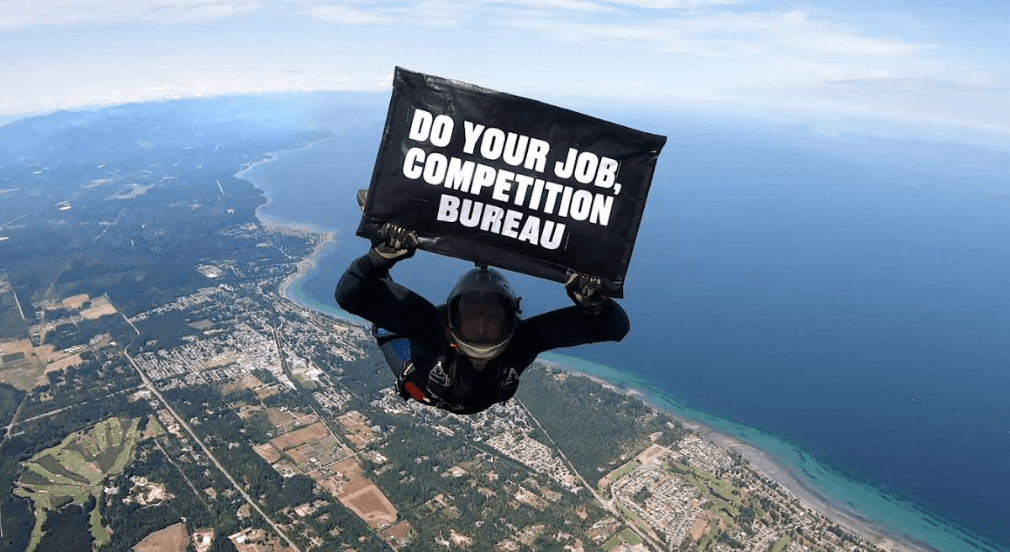 CEO Javier Suarez says that Canadians pay among the highest airfares in the world and are the only developed country without a ULCC. He says that’s because the two major players in the market, Air Canada and Westjet, control approximately 85% of the domestic market.

“We know Canadians are fed up as there between five and six million passenger trips per year by land to the US each year to fly on US low-cost carriers out of northern US airports, that in many cases, only operate from those airports due to the robust Canadian passenger traffic.”

And while the popularity of these ULCC airlines continues to grow, “Canada has not tapped into the high demand for this kind of travel due to the anti-competitive environment of the existing Canadian duopoly.” 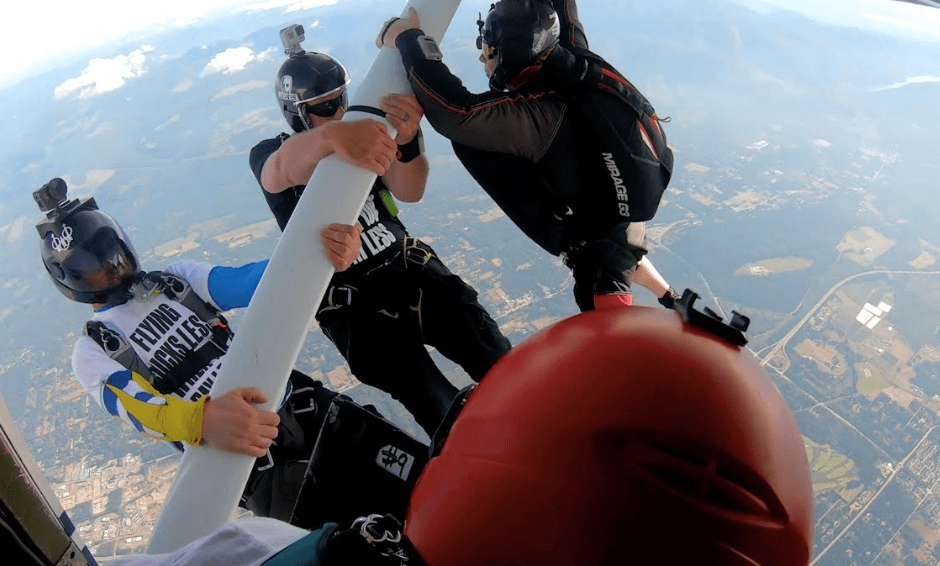 As such, said Suarez, “we’re urging consumers to go online and to show their support for more competition and lower fares in Canada.”

Jetlines said that “while several airlines have attempted to enter the Canadian market, the duopoly has pushed them out with short-term match-pricing at prices below their avoidable costs.”

“Canada’s Competition Bureau has done little to rectify this issue,” the company added.

Jetlines is also asking people to sign an online petition that will be presented to the Canadian Competition Bureau.