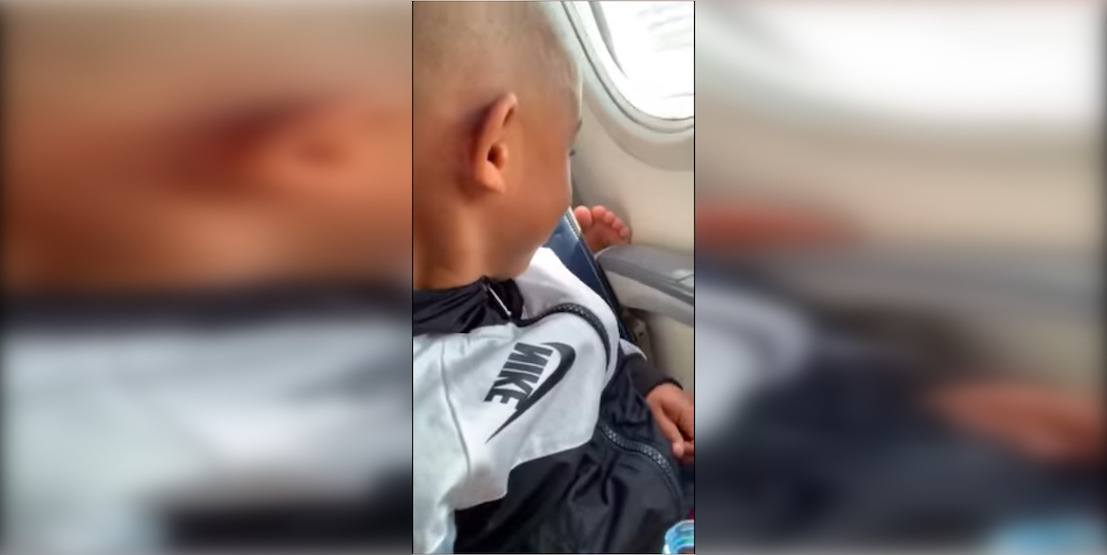 Airplane pet peeves come in all shapes, sizes, and, evidently, scents, but stinky feet have got to be among the worst of them.

Luckily, many children have no filter and can say what we’re all thinking when it comes to annoying fellow airplane passengers.

Four-year-old Rodney Small was on a flight from Orlando to Houston with his father Darryl, when he discovered an unpleasant odour coming from the back of his seat.

The passenger behind him had propped her feet up on the armrest, and Rodney was not about to let it go quietly.

“Some stinky feet behind me,” Rodney declares as he sits crammed into a window seat.

He then discovers the culprit and calls out, “It’s a lady!” before leaning back to give said lady a piece of his mind.

Meanwhile, Darryl did what every respectable father should do: laughed uncontrollably, filmed the entire thing, and posted it to Facebook. Three weeks since it was posted, the video has garnered over 105,000 views.

Let this be a lesson to all airplane passengers to keep their stinky feet to themselves, or risk being called out by a four-year-old.