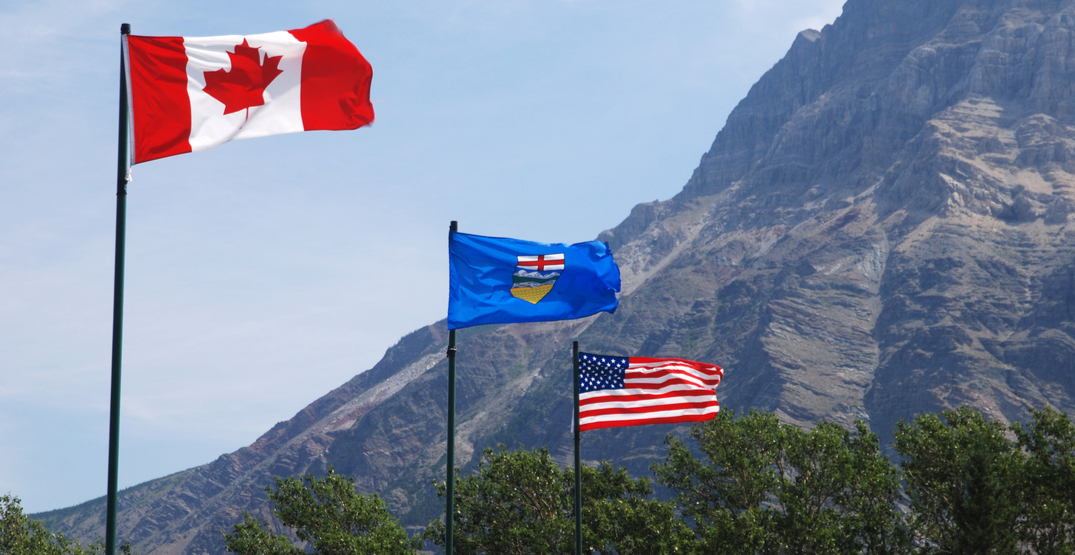 While the suspension of transborder travel between Canada and the United States has been extended, a new loophole has seen Americans popping up in increasing numbers in Canada as they travel northward. This unique circumstance is known as the “Alaska Loophole.”

The Canada Border Services Agency (CBSA) has confirmed that healthy individuals who are non-symptomatic of COVID-19 are allowed to travel through Canada for “non-discretionary purposes,” such as returning home to Alaska.

Non-discretionary purposes are instances such as work or travelling/returning to a primary residence.

“Upon arrival at the port of entry, a traveller seeking to transit through Canada to Alaska will be required to substantiate their purpose for going to Alaska,” a representative from CBSA explained in a statement. “Only in circumstances where the traveller is considered to be transiting through to Alaska for a non-discretionary purpose will be admitted to Canada.”

Should officers at border checkpoints have any doubts surrounding the traveller’s intended purpose, they will be required to provide proof/justify their reason for travel.

As well, upon being admitted into the country, travellers are provided with a handout from the Public Health Agency of Canada (PHAC), which outlines that they are not to make any unnecessary stops and to avoid others while in transit.

Other restrictions outlined in the handout include remaining in the vehicle as much as possible, paying at the pump for gas, using a drive-through for food, and utilizing facial coverings and being mindful of hygiene and physical distancing measures should they need to use a rest area.

“Individuals seeking to transit through Canada to Alaska for discretionary or optional purposes are not admitted, and subsequently directed back to the US,” the representative explains.

Still, many Canadian residents have taken to social media to voice their concerns surrounding US tourists visiting their towns and cities.

One Twitter user stated, “this is not a small thing to a province with a hard-earned flat COVID curve and lots of tourist attractions,” following up in a second tweet, the user said, “if US people really do think it’s funny to sneak into Canada for some bargains in Banff by saying they’re en route to Alaska, kindly grow up and stop it. We worked hard to curb COVID. You didn’t. Stay away until you’re welcome.”

If US people really do think it’s funny to sneak into Canada for some bargains in Banff by saying they’re en route to Alaska, kindly grow up and stop it. We worked hard to curb Covid. Your country didn’t. Stay away until you’re welcome.

When inquired about these concerns in a press conference on Monday, Prime Minister Justin Trudeau stated that he had been made aware of reports over the last few days, and he and his government are “looking into them.”

“I think as we continue our conversations with the Americans, as we look at adjusting or shifting our posture in certain ways. We need to make sure we’re able to apply the rules consistently and that we’re doing everything necessary to keep Canadians safe at this important time,” he stated.

However, if travellers are discovered to be providing false information regarding their purpose of travel and they are found not to be journeying to Alaska for a viable reason, they can face hefty consequences.

Firstly, if found to be lying, they may be denied entry or banned from returning to Canada. Failure to comply with the current border restrictions will be seen as a direct violation of the Quarantine Act, and travellers could receive fines up to $750,000 and/or face up to six months in prison.

If travellers are found to “cause a risk of imminent death or serious bodily harm to another person while wilfully or recklessly contravening this Act or the regulations,” they could face up to $1 million in fines and/or upwards of three years in prison.

The United States currently has the highest number of confirmed known cases of coronavirus in the world, with 2,196,998 as of June 19, according to Johns Hopkins University.