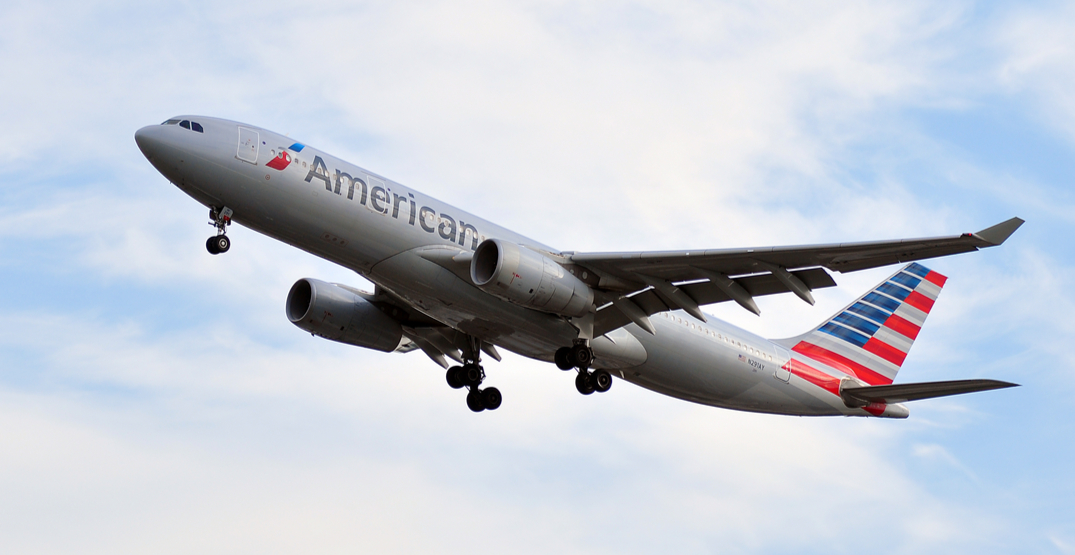 Some drama unfolded on an American Airlines flight from New York’s LaGuardia airport to Dallas Fort Worth on Wednesday when a passenger was asked to disembark before takeoff after failing to comply with the airline’s facial covering requirements.

Astead Herndon, a national politics reporter at The New York Times, captured a video of the altercation that does not show the interaction between the passenger (now identified as Brandon Straka) and a cabin crew member but allows viewers to hear the exchange that took place.

“There is currently a mutiny on my flight to Tulsa (via Dallas) because a guy is refusing to wear a mask, and the flight can’t take off,” Herndon tweeted, continuing in a follow-up post that once Straka deplaned, his fellow passengers applauded.

“Prior to the departure from the gate of American Airlines flight 1263 from New York’s LaGuardia to Dallas/Fort Worth, Brandon Straka declined to wear a face covering,” American Airlines told Mapped in a statement. “After he refused to comply with the instructions provided by the flight crew, our team members asked him to deplane. He deplaned, and the flight departed the gate four minutes late at 12:34 p.m. ET.”

The company continued that Straka told the carrier’s airport team he would follow the facial covering protocol and that he was booked on a later flight.

However, American Airlines later sent a follow-up statement to Mapped, describing how it had conducted a thorough investigation of the incident and decided to take more stringent action.

“As a result of this review, Mr. Straka will not be permitted to fly American, as he failed to comply with our stated policy and crewmember instructions,” it stated.

The airline continued that it is committed to ensuring the health and safety of customers and staff, which is why it strengthened its enforcement surrounding its facial covering policy. In a press release issued on Monday, the company communicated that it would deny future travel for passengers who refuse to adhere to this safety measure.

“Restricting travel is a step we take very seriously, and it will only occur after a comprehensive review of the facts of an incident. Mr. Straka will be permitted to fly with us once face coverings are no longer required for customers.”

Straka has been vocal about the ordeal on Twitter, stating that he is fascinated that people are saying that it is dangerous for him not to wear a mask when “tens of thousands of maskless BLM rioters [have been] gathering for weeks.”

It’s fascinating how the ppl saying “It’s dangerous for him to not wear a mask” have been cheering tens of thousands of maskless BLM rioters gathering for weeks; & saying “private company, don’t like it then leave”- cheer on destroying cake bakers who exercise private co policy

In a separate tweet, Straka described how the past 24 hours had provided insight into something that he says he already knew.

“I have been inundated with death threats, attacks on social media & email,” he explained. “None of these ppl have asked if there’s a reason why I couldn’t wear the mask. They are just another arm of the left’s rageful mob.”

The past 24 hrs has proven conclusively to me what I already knew. I have been inundated with death threats, attacks on social media & email. None of these ppl have asked if I there’s a reason why I couldn’t wear the mask. They are just another arm of the left’s rageful mob.

American is not the only airline to get stricter with its facial covering policies. United Airlines also recently stated that it would be placing customers on an internal no-fly list should they refuse to follow these measures.