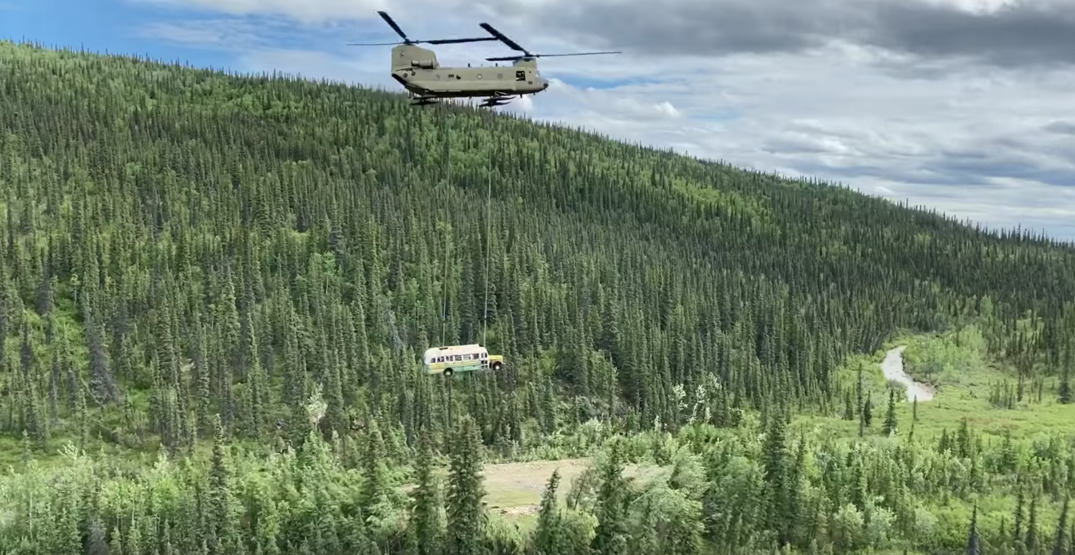 Bus 142, the “perilous attraction” more commonly known to tourists and travellers as the Into the Wild bus, was removed by Alaska National Guard in coordination with the Department of Natural Resources (DNR) on Thursday.

The bus, located on Stampede Trail west of the Teklanika River near Healy, has been a popular attraction for years but is quite dangerous to get to. Many travellers have attempted to reach it by retracing the steps of Christopher McCandless, the man that inspired the 1996 book and 2007 movie adaptation Into the Wild.

Christopher McCandless was an American hiker who, after graduating from college in 1990, decided to venture out into the wilderness and live a simplified lifestyle. After hitchhiking his way to Alaska in April 1992, he ventured down the Stampede Trail with minimal supplies. It was here that he came across the abandoned Fairbanks Bus 142, which he utilized as a shelter for the summer until his death 114 days later. His body was later found in September by a passing hiker. The cause was officially ruled to be starvation.

Numerous travellers have suffered injuries or have had to be rescued in their quest to reach the bus.

According to DNR reports, there have been 15 search-and-rescue missions for individuals attempting to reach the bus between 2009 and 2017. Even as recently as February, five Italian hikers had to be rescued by Alaska State Troopers. One of them had suffered severe frostbite.

Unfortunately, some trekkers have not survived the journey, and individual travellers from Switzerland and Belarus drowned in 2010 and 2019. These casualties sparked outrage, particularly among local populations, to minimize or eliminate the danger associated with the trek.

Corri A. Feige, Commissioner for the Department of Natural Resources, encourages people to enjoy the vast natural beauty that Alaska’s wilderness has to offer. “However, this is an abandoned and deteriorating vehicle that was requiring dangerous and costly rescue efforts, but more importantly, was costing some visitors their lives. I’m glad we found a safe, respectful and economical solution to this situation,” he said in a statement.

The removal of the vehicle was conducted by the DNR as well as 12 Alaska Army National Guardsmen assigned to the 1st Battalion, 207th Aviation Regiment, who used a UH-60 Black Hawk helicopter in order to clear brush and obstructions and ensure a safe extraction.

The roof and floor of the bus were cut to ensure that chains could be attached to its frame.

“The department initially reached out to us with the goal of reducing the number of search and rescue cases that resulted from folks trying to reach the bus who may not necessarily be fully prepared for the trip,” explained Major Zarach Miller, the primary pilot for the extraction. “Certainly, Alaska’s landscape can be treacherous in many areas of the state, but the bus’s proximity to these rivers is what makes it particularly dangerous.”