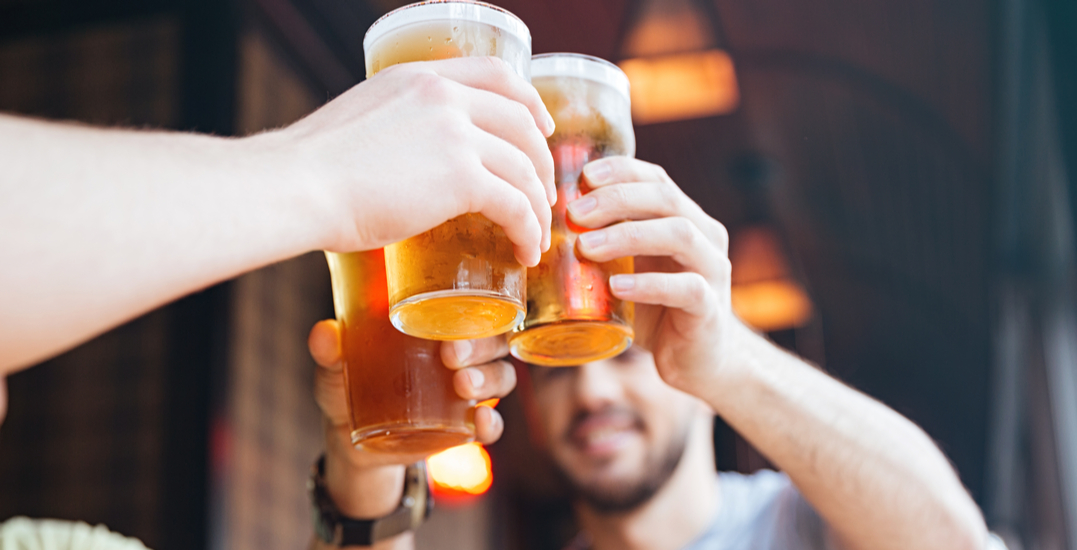 Living in Calgary can be hard for an NBA fan, but WestJet is about to make it much easier.

Starting in June, WestJet will begin offering non-stop flights from Calgary to Portland two times daily, with great connections from Vancouver as well. In under half the flight time it takes to go and see the Toronto Raptors, why not check out the Portland Trail Blazers? Not only can you watch great basketball, but you can experience the vibrant young hipster city that is Portland, Oregon!

We’ve scouted the best sports fan spots to check out for a quick and easy 48-hour trip to Portland. To miss this opportunity would be an even bigger mistake than when the Blazers drafted Sam Bowie over Michael Jordan in 1984. Ouch!

Portland has so many incredible places to eat and drink, it can be overwhelming to decide where to go, especially when you’re looking for one with a sports atmosphere. Here are two incredible sports-themed restaurants in Portland where you can find amazing food, local beer, Trail Blazers fans, and that iconic Portland weirdness.

This bar is actually named after the year the Trail Blazers last won the NBA championship, so you know basketball fans are welcome here. When you walk into Spirit of 77, you’ll truly feel like you’ve arrived in Rip City. Expect a hip retro feel with big screens, games, long tables, and an impressive local beer list. This is the go-to bar to watch the game, and the short ten-minute walk to the arena doesn’t hurt either.

Just a twenty-minute walk to the Moda Center, Century is the best place to pre-game and grab a bite to eat. Of course, you’ll find burgers, nachos, and tacos here, but at Century, every single menu item is also available vegan. Hang out on the street-side patio, or venture inside where you can find five big screens and tiered bench seating resembling a small stadium.

Before tipoff even happens, you’ll need to find the right place to stay. Whether you’re into craft brewery tours or visiting one of many vintage bookstores⁠, choose somewhere that’s relatively central and close to activities. After all, there’s so much to do and explore in Portland!

The StayPineapple is located right in the heart of downtown Portland, making it the perfect spot to be right in the thick of the city. Feeling energized? There’s a complimentary bike service to explore the city. Want to sit back and relax? Each hotel room has a big screen TV for even more sports viewing.

The Inn at Northrup Station

The Inn at Northrup Station is located in Nob Hill, a neighbourhood known for its colourful and quirky Victorian homes. You will be surrounded by both incredible restaurants and the best hiking Portland has to offer. Bonus: The hotel is conveniently located close to the Moda Center, and will even give you free streetcar passes to the NBA game!

Portland’s unofficial slogan is “Keep Portland Weird,” and you’ll have plenty of opportunities to take that to heart on your trip. But you also want to prepare for the reason you booked a flight in the first place.

Hopefully the responsible member of the group remembers to bring the tickets, and you’re ready come game time. Throw on that Raptor’s Jersey (or Flames, why not?) and head to the Moda Center. Damian Lillard has emerged as one of the most exciting players to watch in the league, with three-point shots from way outside the arc becoming the norm. Trust that no matter who his team is up against, it’s bound to be a night of electric, buzzer-beating action.

So, you went to the NBA game and it was incredible, but now you have a window of time free and you’re itching for more sports. Rose City Rollers is the Roller Derby League in Portland and has become immensely popular and unique to the city. An experience like this can’t be found anywhere else but Portland. The crowds are loud, and the games are cheap (just like the beer), so go watch the Break Neck Betties take on the Guns and Rollers.

The best sports cities to visit have passionate and proud fans. After decades of hard work by the team, this is the best time to jump on the Blazers bandwagon and be a part of the thrilling experience of high flying dunks and buzzer beaters.

Portland is the closest NBA team to Calgary, and WestJet has just made it way more accessible. Tell your friends, grab your jerseys, and head to westjet.com or call your travel agent.