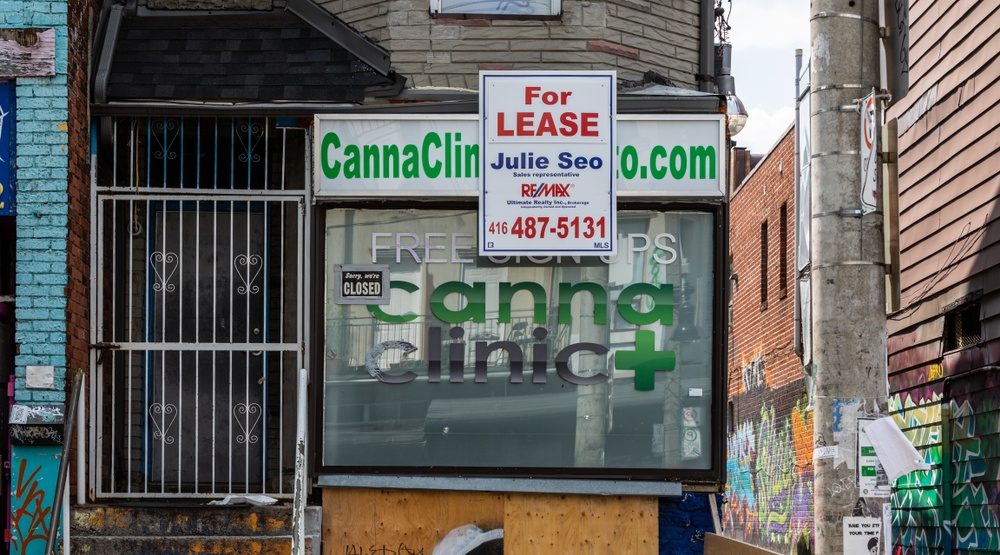 Legalization in Ontario is (mostly) great. People can smoke anywhere that’s not a car or playground, the provincial government has embarked on a mission of deregulation, and next year, Toronto will hopefully be getting private retail.

The problem is, if you’re a transplant to this city or just not very plugged-in when it comes to finding a dealer, there aren’t a lot of illegitimate sources of cannabis left, and a report released by the city suggests there is a reason for that.

A Report for Action, issued by the City Manager to city council on December 6, shows a nearly 90% reduction in illegal dispensaries across Toronto.

On the day prior to legalization, city staff identified 92 illegal storefronts reportedly
operating in Toronto. On legalization day, October 17, 2018, 56 of the grey-market outlets had closed. By the end of November, staff estimated that only 11 of these storefronts continue to operate, an 88% decrease.

Pre-legalization there was a plethora of dispensaries around the city; flashing your ID and a cash-only, tax-free transaction later, customers could leave with a brown bag of green. Post-legalization it has become decidedly more difficult.

Grow recently attended a dispensary in Toronto near Danforth and Greenwood Ave. Unlike pre-legalization, where larger dispensaries often had waiting rooms that separated customers from the retail area, this operated out of a single rented room, marked as a lawyer’s office. A man keeping security sat in the stairwell checking IDs.

If you’re a person without a regular dealer, the struggle is real to find a storefront that can supply a regular habit.

Opening one of these operations is a risky business. According to the city document, between March 16, 2016, and November 23, 2018, approximately 1,260 charges were laid against storefront owners, operators, employees and landlords. These charges have resulted in 548 convictions and fines totalling $724,200.

The city manager’s recommendation to further eliminate the convenience of illegal dispensaries is to allow licensed private sales within the city.

The province has given businesses the one-time option to opt-out of allowing legal dispensaries, as long as they do so by January 22, 2019. So far both the GTA municipalities of Markham and Mississauga have chosen to not allow the stores. Toronto’s City Council voted yesterday to allow them.