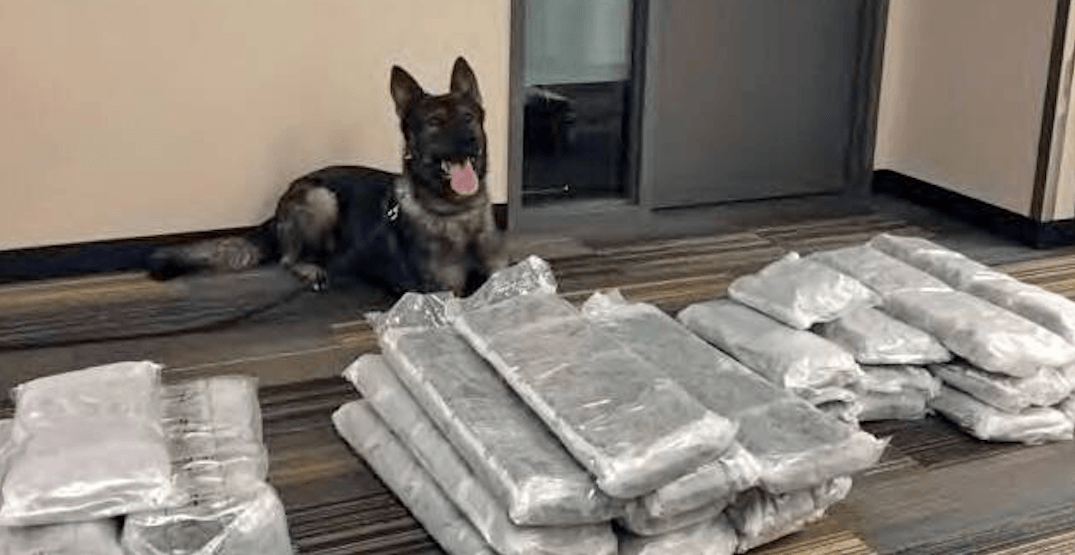 Hooper and the drugs (Ricmond RCMP)

This past weekend, undercover officers working out of Richmond RCMP’s YVR Detachment noted what they called “unusual” behaviour exhibited by a traveller flying out of Vancouver International Airport.

A Lower Mainland Integrated Police Dog Services (IPDS) unit was activated and assisted in locating approximately 23 kg (50 lbs) of contraband believed to be marijuana packed in “several” suitcases, on June 22.

In a release, police said a male suspect in his early 40s, from Windsor, Ontario was arrested.

“Along with our uniformed patrol officers visible throughout YVR, there are many plainclothes RCMP officers deployed to maintain the safety and security of all the travellers and workers in and around the Vancouver International Airport,” said Richmond RCMP Cpl. Dennis Hwang.