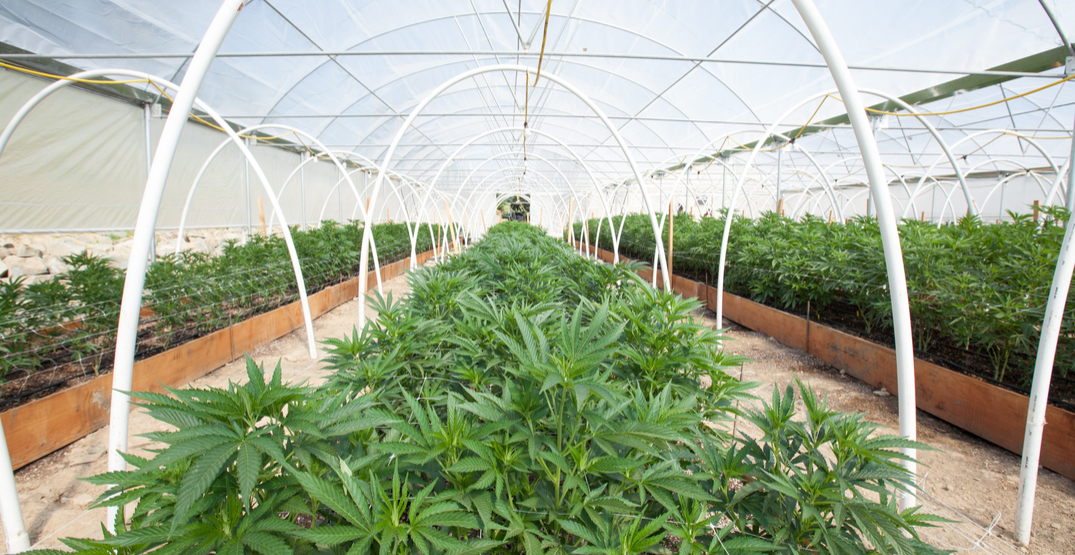 According to a recent survey, recreational legalization hasn’t been beneficial to many Canadians who require cannabis for medical purposes.

A new Abacus Data survey commissioned by Canadians for Fair Access to Medical Marijuana (CFAMM), the Arthritis Society and the Canadian Pharmacists Association (CPhA), “access issues are just one of the unintended consequences of recreational cannabis legalization affecting medical cannabis patients,” according to a press release.

Overall, 26% of those who identified as medical cannabis users said they had found it harder to obtain pot since legalization, compared to 19% who found it easier, and 55% who have noticed no change. 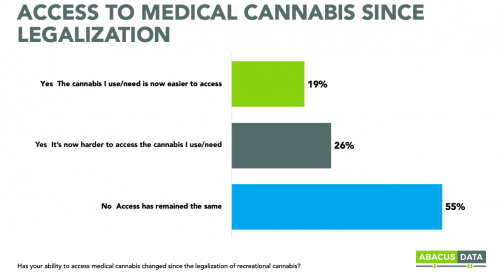 The survey sampled 2,319 Canadians, 1,173 who identified as medical cannabis users,  through the mail, online, and via a cannabis platform called “Lucid.” Abacus says they adjusted the data to reflect the general population of Canada in regards to sex, age, and educational attainment.

The survey found that the top conditions or symptoms treated by cannabis are physical pain, insomnia, anxiety, stress, and arthritis.

“For many Canadians with arthritis, cannabis truly is medicine,” said Janet Yale, Arthritis Society president and CEO, in the release. “It’s time the health system treat it as medicine – and that starts with ensuring that patients have timely, reliable and affordable access to the strains, forms and concentrations they need, and that they have the guidance of a health care professional throughout the process.”

The other problems reported by medical users goes beyond simple access, as supply issues and the high price tag has led to a reported 64% of medical cannabis users under-dosing the advised amount or stretching their supply to make it last longer.

More and more medical users are turning to the legacy or black market to supply their pot. The practice came in as the second most frequent source of pot procurement at 37% called it their most common means, finishing just behind mail ordering from a licensed producer (38%). 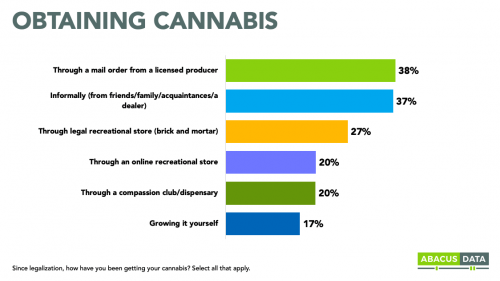 This belief is potentially dangerous, and 15% of medical users have “either personally experienced or know someone who has experienced side effects from the use of cannabis in combination with other medications,” reads the survey.

“In order to have an effective medical system for the hundreds and thousands of Canadians using cannabis for medical purposes, it needs to be more accessible,” says Max Monahan-Ellison, vice president of CFAMM. “Patients need easy access to a safe, affordable, and consistent dose and cannabinoid breakdown for their symptoms and more involved support from health care professionals.”