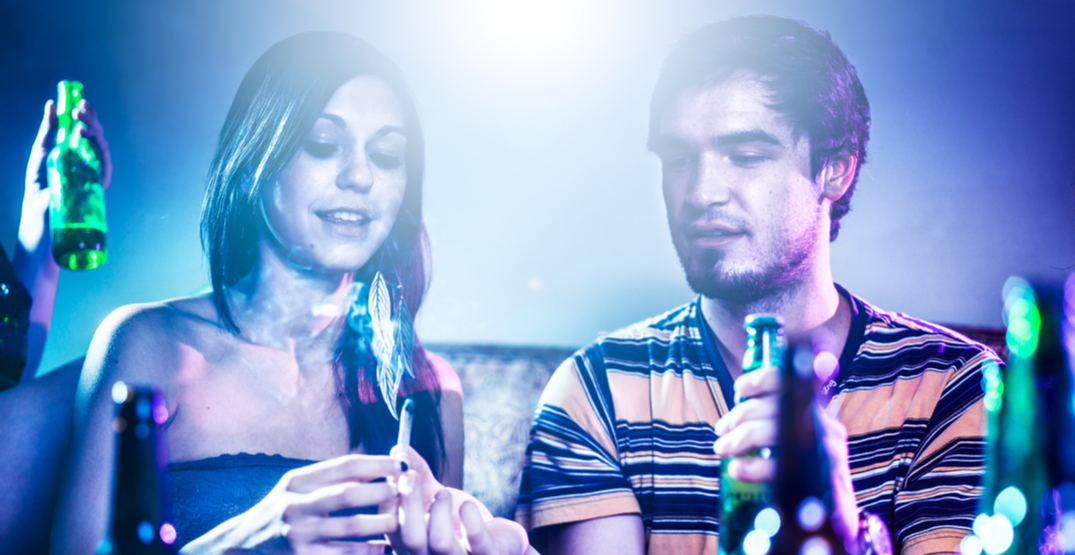 In light of a new amendment to Bill C-45, Canadian teens are going to have to be careful about the company in which they get lit.

In a standing vote on June 5, senators approved an amendment to Bill C-45 from Conservative Senator Don Plett that would make it “a ticketable offence for an adult to provide five grams of dried cannabis or less to a youth who is no more than two years younger.”

That means if a 19.5-year-old passes a joint to a 17-year-old peer at a party, the older teen could face criminal penalties of up to 14 years in prison.

“Make no mistakes, colleagues, this will be abused,” Senator Plett argued with regards to allowances for social sharing, asserting that “there needs to be responsibility and accountability around cannabis.”

Bernard urged senators to consider the impact of the amendment on vulnerable populations and questioned its merit, pointing out that they “didn’t hear from a lot of young people.”

She also quoted from the expert witness testimony of Kristen Szekszardi, a 25-year-old advanced peer (youth) worker from Toronto who was a witness and presented evidence at a previous C-45 meeting of which Senator Bernard took part. Skekszardi questioned how it would be helpful to punish a teen “with marijuana charges, when we really need to see why they’re using in the first place?” read Senator Bernard.

“I think we’d be opening the door for discretion, and I think we’ve already heard from many colleagues… about systemic discrimination that we know follows discretion. So even the ticketing that’s been proposed – we’re not talking about trafficking, we’re talking about social sharing, which is totally different,” said Senator Bernard. “We’re talking about the sharing of a legal substance.”

The members of the Upper House voted Tuesday on a total of five amendments to Bill C-45.

Senators also adopted an amendment that requires that any commercial entity possessing a license to grow cannabis be obligated to publicly disclose shareholders or executives based outside of Canada, as well as another amendment that would “remove the obligation of law enforcement to care for seized cannabis plants,” although they “would be accountable should the court order [their] return.”

An amendment put forth by Conservative Senator Pierre-Hugues Boisvenu that would “in some cases, make it a ticketable offence – rather than a criminal offence” for minors to possess or distribute more than five grams of cannabis was defeated, as was fellow Conservative Senator Dennis Patterson’s bid to prohibit individuals from possessing “more than 340 grams of dried cannabis in the home.”

While the Cannabis Act dictates that adults may not possess more than 30 grams of cannabis while outside the home, there is currently no limit specified in the bill with regards to how much cannabis an individual can store in their home.

Patterson expressed dismay that through a lack of limit “we are enabling dealers to continue to stockpile marijuana for those who cannot, or for whatever reason will not, access it through legal channels.”

Senators will reconvene Wednesday afternoon to discuss issues related to cannabis consumption. There have been a total of 43 amendments to the Cannabis Act thus far that have been approved by the Senate, with more expected before the final vote on Thursday.