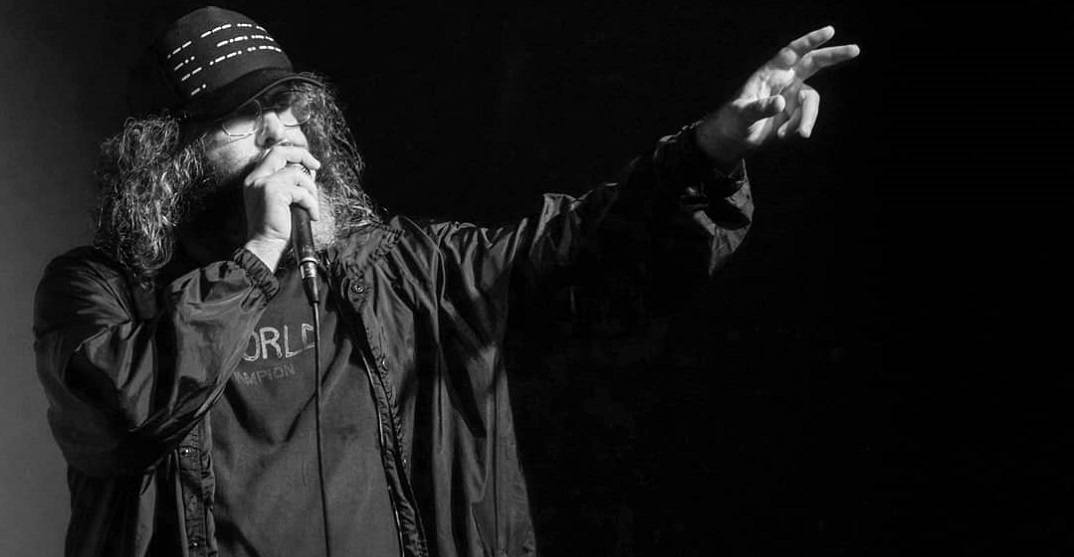 Despite being a comedy heavyweight, Judah Friedlander isn’t afraid to get serious.

“I try to follow world politics,” he says. “Ask me anything.”

He knows what he’s talking about, he’s eager to prove it.

Fans were receptive to America is the Best Country in the United States, the precursor to his current act and a feature-length stand-up show screening on Netflix. The special was cobbled together from various shows at New York’s Comedy Cellar, and consists of a mix of crowd-work, classic stand-up, and lots of Friedlander’s personal brand of insightful curmudgeonly.

In America is the Best he tackles a diversity of issues like racism, gun control, health care, and politics. Despite its pieced-together nature and varying subject matter, the special doesn’t feel fractured and maintains a cohesiveness throughout with smooth transitions between clips.

Nor does it feel long; the spontaneity of the comedy keeps it fresh after the standard 50-minute mark, a testament to both skilful editing and Friedlander’s charisma on the mic.

Now Friedlander is back in Montreal with America… Still Number One at the Just For Laughs festival.

Audiences can expect “lots of jokes, lots of absurdist satire on the United States as well as world issues and human rights issues, and I also do lots of crowdwork,” says Friedlander.

“I kind of run a mock town hall where I’m talking about how I’m going to be the next President of the United States, and I ask the audience to ask me any questions. Any certain issues that they’re concerned about, and I will come up and give them answers. And that’s where a lot of jokes lead to ridiculousness.”

As the show is constantly evolving, and no two shows are ever the same. Friedlander breaks down how his performances continue to develop organically with each run through – a testament to his ability to think on his feet.

“A lot’s on the fly, then a lot of the bits are constructed bits that I have built over the past few months. So let’s say when I ask about presidential platform questions, someone yells out ‘health,’” he explains.

“One time I come up with a bit on the spot. If that bit’s good and I like it, I’ll do that bit again. I’ll try to expand on that bit and grow it. So a bit that was initially a one-line joke that was ad-libbed has now become a full-fledged several-minute bit that was also a lot of ad lib, but now it’s grown.

Then there are some where people ask me questions and I haven’t pre-written any jokes – making it all up on the fly. So that’s kind of what you’re seeing. It’s a mix of some material that’s pre-prepared but I surely don’t know when I’m going to do it or even if I’m going to do it, and then there’s some stuff that’s 100% on the fly.”

When the conversation turns to Canada’s recent legalization of cannabis, Friedlander suggests peoples’ concerns could be focused elsewhere.

“I think any kind of drug abuse should be treated as a serious medical issue, not a crime. You don’t throw people in jail for doing drugs.

“The other thing that hardly anyone talks about is that so much of the drug problems are not even coming from drugs that are illegal, they’re coming from drugs that were initially given out by doctors, you know, when it comes to the opiates. But people don’t want to think of that as  ‘whoa, doctors – bad guys? Now that can’t be. Only those sketchy inner-city drug dealers can be the bad people. Doctors are heroes.’

“That’s the kind of stuff I like to talk about, because there’s so much hypocrisy. I always like trying to find comedy in places where you would never think they existed. So often on big issues like that, I’m not making fun of drug addicts but I’m making fun of the hypocrisy of the drug laws and how people look at things.”

Friedlander seems horrified at the mention of the fact that Canadians can be banned from the US for life if they admit to ever having smoked cannabis.

“This is where you Canadians need to start lying, okay?” he says. “Just lie. I know your morality is at such a high level compared to America, but you gotta bring it down a notch, be a little more American and do some lying.”

Friedlander pokes fun at America the way one might poke fun at a sibling – fiercely and mercilessly, but with the kind of savagery that only comes with a deep love and familiarity.

Although he doesn’t hold back, nor does he does not demonstrate any contempt for his audience, it’s evident from Friedlander’s crowd interactions that he just wants to jolt his viewers out of their complacency.

“I find preaching to the choir very boring, not exciting, and now the choir has changed,” he says, referring to the current political climate.

“I like telling people to think, but I don’t like telling them what to think,” he says firmly. “They can come up with that on their own.”

Check out Judah Friedlander at Montreal’s Just For Laughs on July 26, 27, and 28 at Café Cleopatra. Visit hahaha.com for tickets and show times.