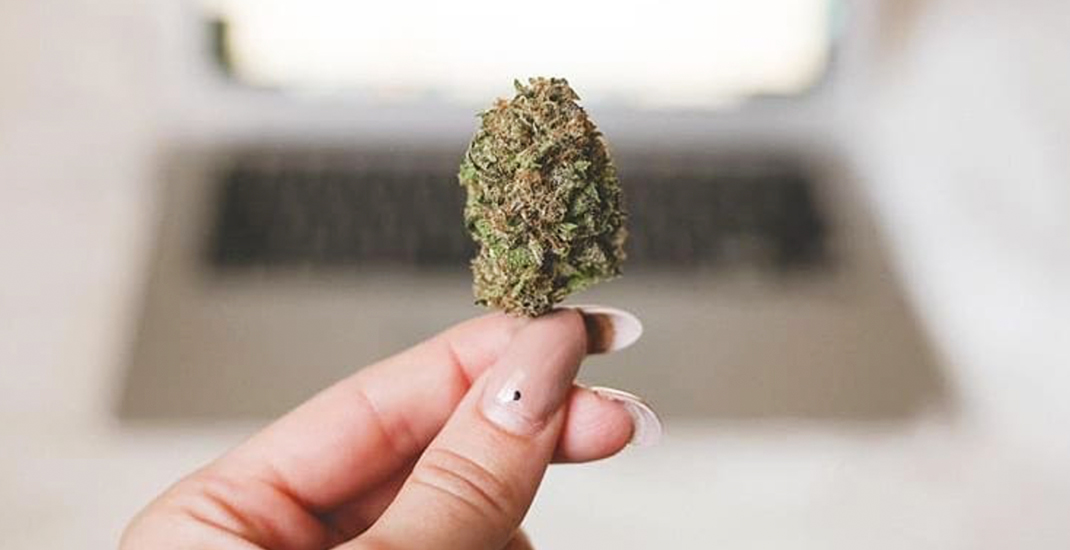 Aromatherapy has hit the mainstream hard. Walk into almost any yoga studio for a patchouli blast, borrow some peppermint essential oil from your cubicle-mate to ease those midday headaches, or tack an extra $25 on to your massage for the ultimate lavender relaxation.

Most people are keen to adopt the anecdotal therapeutic effects of aromatherapy, but there is a science to it. They’re called terpenes, and they can get you high.

Daily Hive spoke with Alexzander Samuelsson, lead chemist at Nextleaf Solutions, to find out what exactly terpenes are, and why you should care about them.

The science of getting high

Samuelsson came across terpenes during his undergraduate degree, but didn’t pay much attention to them until he entered the cannabis sphere.

“After I discovered cannabis as medicine, I started diving into papers and reading about not only terpenes, but cannabinoids at first. And in some of these papers they mentioned terpenes so I started looking into them and then understanding that these were just the essential oils of the plants, the same as you have in other plants.”

“What makes cannabis so special is that it has over 200 terpenes identified in the cannabis-variety.”

From there he began to study the interactions between terpenes and our receptors, and the effect they have on intoxication.

“If you think of your brain as a radio, THC is turning up the volume and terpenes are changing the tune.”

“In my own experience, only ingesting THC or just cannabinoids without terpenes will be a flat, one-dimensional, intoxicating high. The breadth and depth of the experience comes from terpenes. They interact with different receptors and it’s a dynamic we’re only starting  to understand.”

Terpenes are partially responsible for the taste and smell of cannabis. For example, pinene will give buds that woody, piney smell, while limonene will produce a citrus scent. These activate different receptors in the olfactory system, which in turn cause a chemical reaction in the brain to produce varying effects. Knowing how your body reacts to terpenes can actually let you dial in to your high by seeking out cannabis with a specific terpene profile.

The more you know

The Access to Cannabis for Medical Purposes Regulations (ACMPR) currently only requires cannabinoids to be listed, meaning the THC to CBD quantity and ratio.

“Imagine buying a car but not knowing the power of the engine or the size of a gas tank. You’re just leaving out a complete part that’s really important.”

Some Licensed Producers (LPs) do include terpene profiles, but stop short in terms of only listing the ratio among the different terpenes and not including how much is present overall. 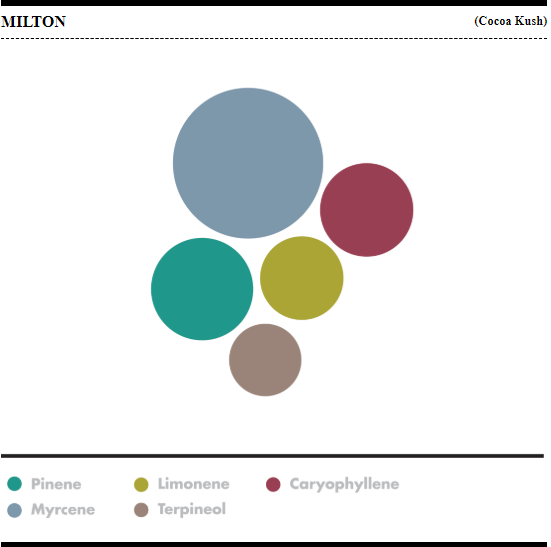 While all plants make terpenes, “cannabis went bonkers crazy with [them],” he said. Other plants will produce maybe a handful, whereas “cannabis will produce dozens in a single cultivar in various ratios and concentrations.”

You also don’t need much to get high: 5-10% THC levels are considered low, while higher grade cannabis boasts upwards of 30% THC. Due to the highly bioactive nature of terpenes, you only need about 1-2% to feel its effects.

Huffing terpenes is a thing

“My first experience with terpene isolates was with a friend in Toronto who sold terpenes wholesale and after smoking a joint he said ‘tell me when you’re starting to come down off the peak.’ He then took out a vial of terpene isolate from Blueberry OG.”

After smelling the isolate for about a minute, “Bam! I was higher than I was than when I first smoked the joint.”

Terpenes can also be applied to the wrist and inhaled for a couple of minutes to produce an intoxicating effect. However, using terpenes this way would require a really high concentration.

You can take it orally in the form of edibles or put a drop of it on dried cannabis flower before smoking. This method not only enhances the flavour but can help produce a specific effect. This is important recreationally, by allowing people to customize their high, and medicinally, so people can target specific needs.

The future of cannabis is in customization.

“This is going to change the way we view cannabis. Really what cannabis is going to become is a feedstock for extraction, purification, isolation, and formulation into novel products.”

Although not currently legal, the black and grey markets already offer a host of products that we will likely see more of after legalization.

In the same way that you can have a perfume mixed to match your body’s unique chemistry, research is leading down a path where you’ll be able to do the same with your cannabis.