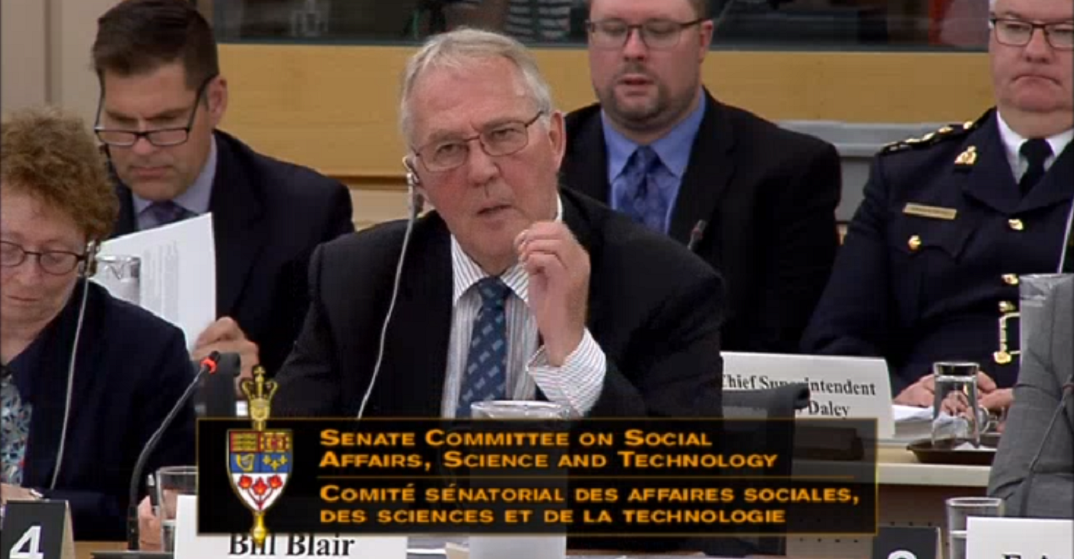 The Standing Senate Committee on Social Affairs, Science, and Technology met for over eight hours on Monday to go over Bill C-45 in a clause-by-clause review.

Cannabis legalization is fast-approaching in Canada, with a final vote on the bill scheduled to take place by June 7, 2018, before being presented to the Governor-General for assent.

Last week, the Committee heard from industry experts and policymakers on topics such as branding and packaging, public health and safety, patient advocacy, and micro-licenses.

Monday’s meeting saw 40 amendments passed, the majority of which were technical and have little effect on the bill.

Of particular interest were delaying legalization to better include Indigenous populations, and provincial authority to ban personal cultivation of cannabis plants.

YES! they just voted against banning ALL promotion of cannabis through telecommunications #c45 #cannabisact

@SenateCA #C45 – I think that left a big hole with telecommunications. Brand stretching is going to be used excessively if not held in check. Like it is with beer currently. Baseball caps, t-shirts – LPs will be all over that to get brand awareness. https://t.co/BeRDcXcfWU

Amendment #3 – Sen Petitclerc – from LCJC – proposes new s.5.2 to clarify that P/T’s can restrict or prohibit home cultivation of cannabis (would bless home grow prohibitions in Quebec and Manitoba) – PASSED (hopefully this means an absolute ban on home growing is off the table)

Very disappointing to see the Cannabis Canada Council opposing what is a necessary piece of the emerging market. In order to supplant that black market we need to work towards innovative and sustainable processes. Outdoor growing is a must in the new recreational market. #ACMPR

The #SOCI committee rejected the hollow and weak reasons of some of the big license producers. They did the right thing and defeated the motion to ban outdoor cannabis growing. Thank you. #c45

@SenateCA #C45 although i did not want a delay necessarily, for a matter of an extra month or two, the respect it would show First Nations, who were disproportionately affected by prohibition, would have been worth it. I feel disappointed.

#SOCI approves another amendment to #C45 that requires any new #Cannabis products & regulations (concentrates, edibles, vapes, extracts, etc.) stating that they are to be presented to the HoC and Senate in a manor similar to the way new legislation is introduced (Red tape).

JUST PASSED: A passed amendment will now require regulators to set a MAX THC limit on cannabis products. Harrison is not a fan. #C45 #CannabisAct #SOCI