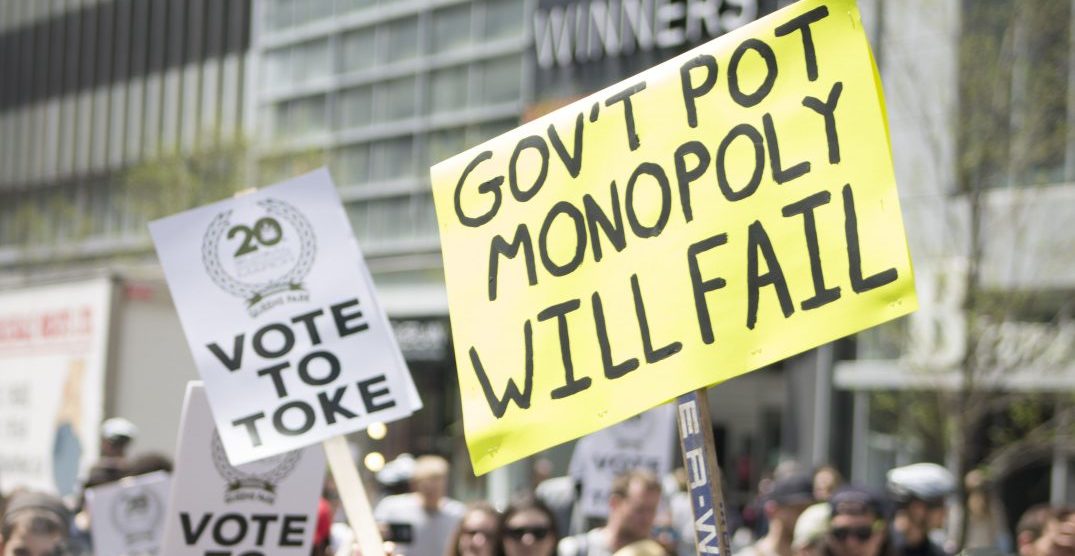 While the smoke has cleared from 4/20 last month, there’s another cannabis-focused event going down in Vancouver. On Saturday, May 4, the Global Marijuana March will take to the streets of the city in solidarity of persecuted cannabis users across the planet.

The GMM is a global protest against cannabis prohibition, held in over 200 countries every year on the first Saturday of May.

In Vancouver, the event starts with a gathering at the Vancouver Art Gallery at noon.

The gathered crowd will then take to the streets and march at 2 pm, with an expected arrival at English Bay Beach at about 3:30 pm for “speeches and a smoke-out.” The speakers have not been revealed, but cannabis advocate Jodie Emery announced her plans to attend the Vancouver event on he public Facebook account — last year she was at the Toronto march.

“All peaceful cannabis enthusiasts welcome,” the organizers write on their event page. “The GMM is a positive but defiant reminder that cannabis prohibition isn’t over yet!”

The weather looks like it’ll be more than cooperative, so get out there and enjoy a worldwide cannabis event.