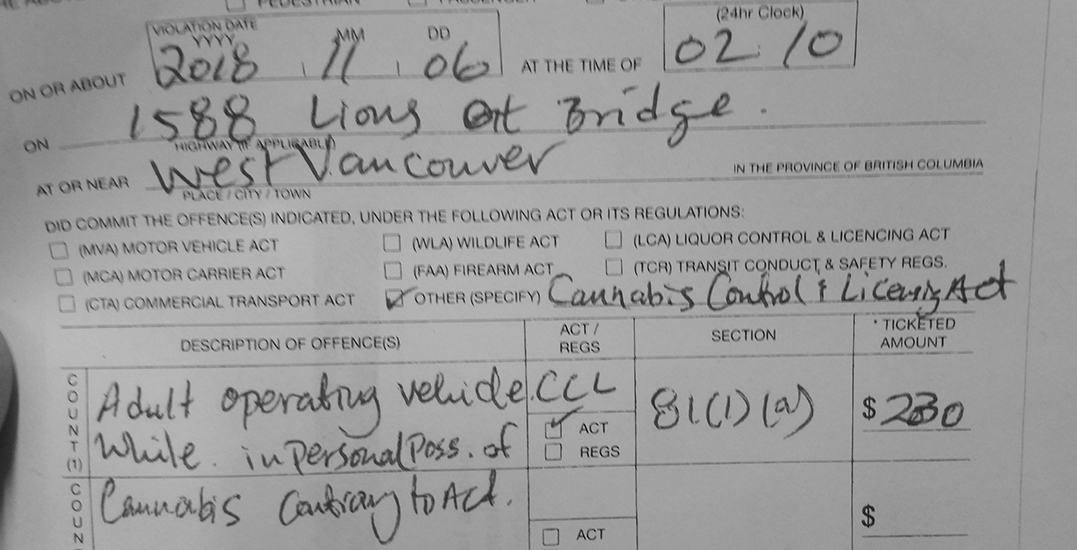 After passing through a roadblock on Vancouver’s Lions Gate Bridge, one Calgarian is going to see a lot of money go down the pipe.

During the check, the attending officer observed a pipe in the centre console of the vehicle, packed with what appeared to be cannabis, say West Vancouver Police.

Although it wasn’t lit, the driver was still given a ticket, due to the new BC Cannabis Control and Licensing act.

The man operating the vehicle wasn’t impaired in any way but he still went home with a $230 ticket.

According to the BC Cannabis Control and Licensing Act, an adult must not operate a vehicle while there is cannabis inside.

Similar to alcohol, a driver can avoid the fine if the cannabis is in unopened packaging or if it’s “not readily accessible to the driver” or any passengers in the vehicle, for that matter. 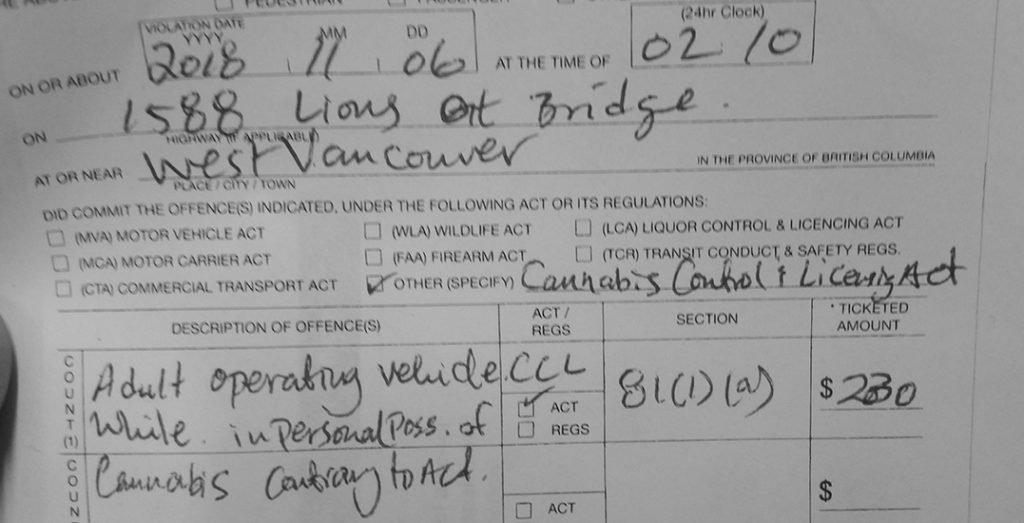