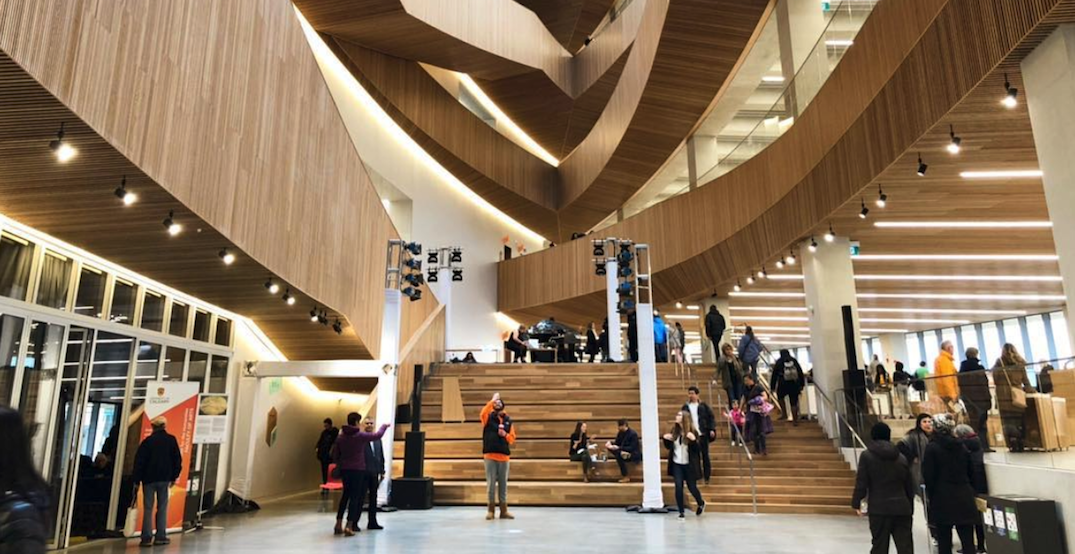 It’s no secret that New Central Library was busy over the weekend.

Opening its doors to the public for the very first time on Thursday, November 1, the big, beautiful building invited Calgarians and visitors alike in to check out the modern architecture, gaze at the multiple works of public art, or even curl up with a good book.

Lineups could be seen outside New Central Library throughout the entirety of its grand opening weekend, which featured speeches from Mayor Naheed Nenshi, astronaut Chris Hadfield, and musicians Tegan and Sara.

Just six short (and eventful) days of operation later, and the library has released some statistics that highlight just how many people made their way through the building between November 1 and November 4.

A total of 20,943 items were checked out from New Central Library in the opening weekend alone, while 76 hours of programs were delivered, 1,300 hours were volunteered, and 66 tours of the space were given.

Even if some people didn’t make it out in person over the past weekend, it was clear that they were still interested in the opening, as the Calgary Public Library received 160,071 website visits, the opening live stream was viewed by more than 11,000 people, and New Central Library saw a total of 628,441 social media impressions in those four days alone.

Not such a bad start for Calgary’s newest addition.