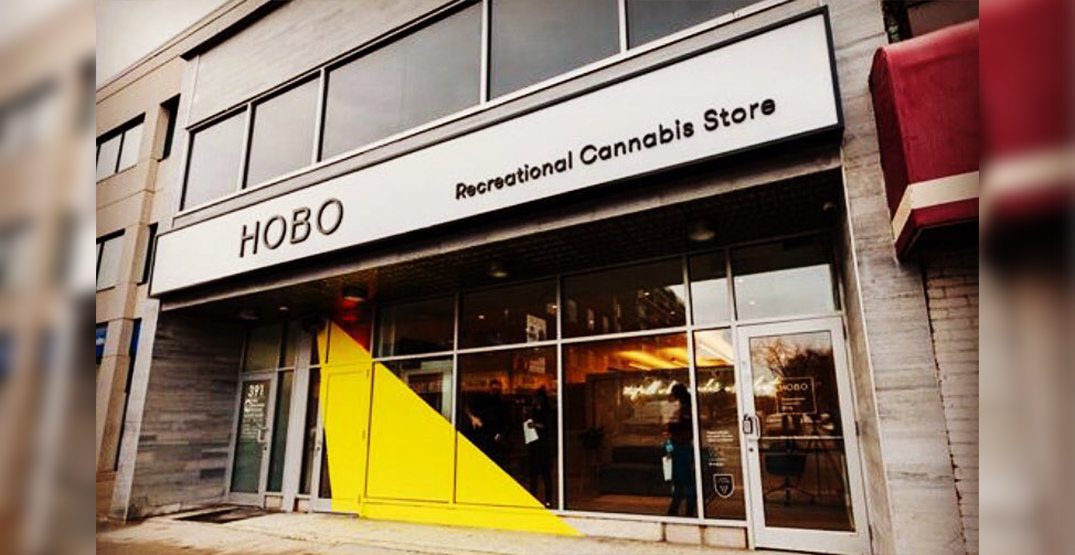 Located at 330 Yonge Street, customers will be able to purchase cannabis in-store via pre-order and pickup or using its free, same-day home delivery service. The cannabis retailer said in a release that this store could be followed by a planned nine other locations they plan to open in the city.

“It’s definitely a surreal moment to experience Hobo’s roots as Donnelly Group manifesting in the most literal way as we open up for business at Yonge-Dundas,” said Harrison Stoker, vice president of Donnelly Group, in a release. “By way of Belfast Love, Walrus Pub, and Death & Taxes, our talented hospitality team at Donnelly Group has earned themselves an outstanding reputation in this city which truly laid the groundwork for Hobo’s entrance into Toronto this year.”

Hobo is a Canadian chain of privately owned retail cannabis stores with locations in BC, Alberta, and Ontario. Its parent company, Donnelly Group, first established a foothold in Toronto when it opened its establishment Belfast Love in the city.

“We feel especially fortunate to be launching in Toronto, for the opportunity it allows us to give back to the city as well as our much-loved hospitality staff, who now have the chance to come back to work and apply their skill sets in retail at Hobo.”

The news follows another recent store opening in Timmins, Ontario, making the Toronto location the company’s tenth in the country.