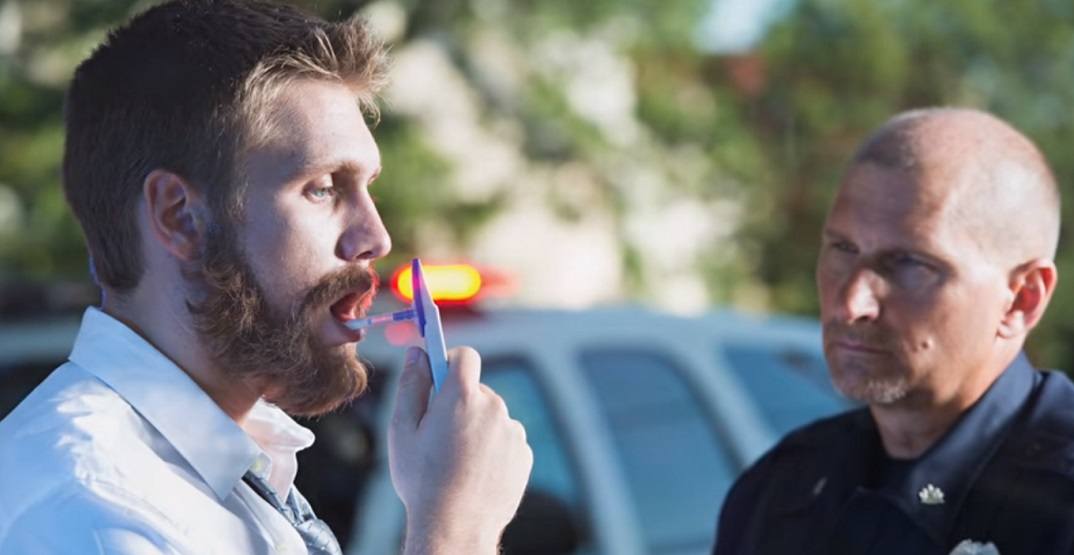 The Dräger DrugTest 5000 screens for seven different substances, including THC, and works by collecting a saliva sample which is then analyzed, a process taking upwards of 20 minutes to complete.

Despite several issues with the device, including having to refrain from eating or drinking for 10 minutes prior to testing, inaccurate readings at low outdoor temperatures, and that the presence of THC does not mean impairment, officers will have the option to use the Dräger DrugTest 5000 when conducting roadside tests.

“A positive result on an oral fluid drug screener cannot be the basis for a criminal charge,” a rep from the Department of Justice told Daily Hive via email.

“Although a positive result on an oral fluid drug screener cannot be converted to a blood drug concentration (as oral fluid drug screeners only detect the presence of drugs in oral fluid), it would presumptively confirm the presence of the drug and, combined with other observations made by the police officer, would likely provide grounds for the investigation to proceed further, either by making a demand for a drug recognition evaluation or for a blood sample.”

As with refusing an alcohol breathalyzer, it is a criminal offence to refuse the drug screening if the officer has reasonable suspicion that a driver is impaired (however under Bill C-46, an officer can demand a breathalyzer without reason).

It is also a criminal offence to refuse a blood test, the results of which can take months to get back. This poses another major problem with The Dräger, which reports false positives. This could lead to taking a blood sample and then months to get exonerated.

The Dräger was approved by the Drugs and Driving Committee (DDC), according to their evaluation standards.

According to the Department’s rep, “details of the evaluations undertaken by the DDC remain confidential to protect the commercial and proprietary interests of the manufacturers. This confidentiality applies even if the drug screening equipment is approved by the Attorney General of Canada for use by law enforcement officials.”

The DDC is evaluating other drug screeners which may be recommended for the Minister’s consideration at a later date.