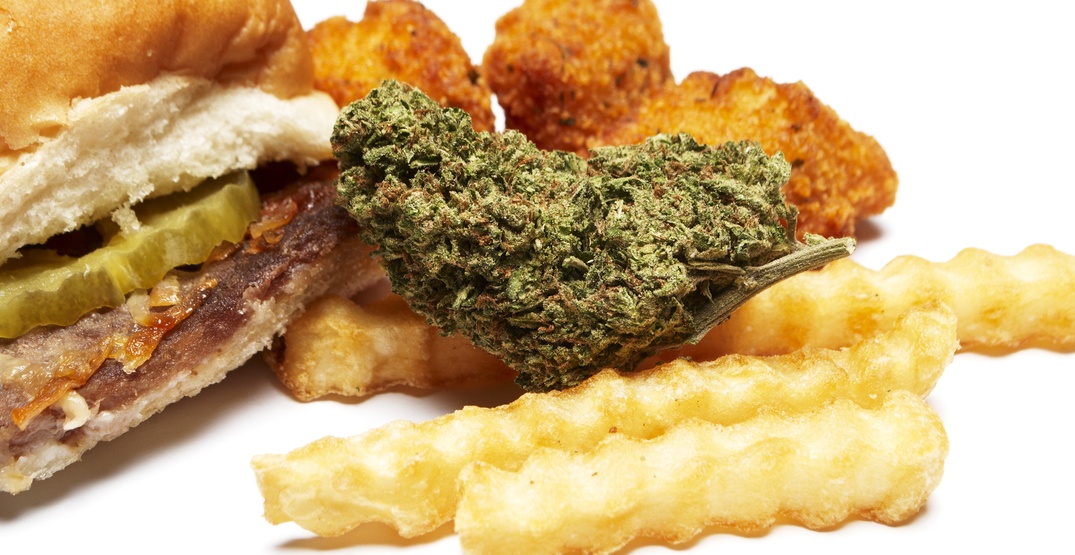 With 12 days to go until federal legalization, Grow’s daily Cannabusters series tackles common myths by cutting through the stigma and sensationalism to bring you the facts about cannabis.

Myth: The munchies are all in your head.

Fact: The munchies are very real!

Every cannabis enthusiast has been there.

Settling into a gentle, weed-induced haze, you are suddenly hungry. No, make that starving.

“Carbs,” you think. “Or maybe ice cream? Or both? Definitely both.”

While the so-called “munchies” are an iconic part of cannabis pop culture, the phenomenon is often dismissed as an urban myth or fodder for stoner comedy – but studies are piling up to show that’s not exactly true.

Researchers at Yale University have found that the skyrocketing appetite cannabis users experience post-sesh is the result of the plant’s cannabinoids taking over the specific brain cells that suppress the appetite. When exposed to cannabis, the brain creates an altered number of chemicals that continually stimulate hunger, as opposed to communicating to the rest of the body that the stomach is full, causing an insatiable appetite – hence “the munchies.”

Another study at the University of Washington found that cannabis consumption can trigger an increase in the production of ghrelin, a stomach-created hormone that informs the brain when it’s time to eat. When subjects were given another drug to prevent the ghrelin spike, “the munchies” no longer occurred.

Although scientists are still trying to dissect the exact mechanisms of appetite control, we do know that triggering the C1BR cannabinoid receptor in the brain (via cannabis consumption or otherwise) can stimulate feelings of hunger. The Yale study showed cannabis to be a trigger for an increase in the activity of pro-opiomelanocortin neurons in the brain, which control feelings of satiety and hunger.

But it’s not all bad. Despite the fact that appetite increase is often considered a negative side effect of any drug (like in many antidepressants and mood stabilizers), but that’s not always the case with cannabis. Strains that cause hunger can be extremely useful for those with certain medical conditions – individuals with eating disorders, cystic fibrosis, and undergoing chemotherapy have had success with using cannabis to stimulate the appetite.

So what’s a cannabis lover to do to achieve their desired results pertaining to appetite? Get your cannabis from a trusted source who is knowledgeable about the effects of different strains. Do some research. Know what you’re consuming and how it could affect you.

And when in doubt, make sure to have a robust supply of Funions within easy reach of the couch.