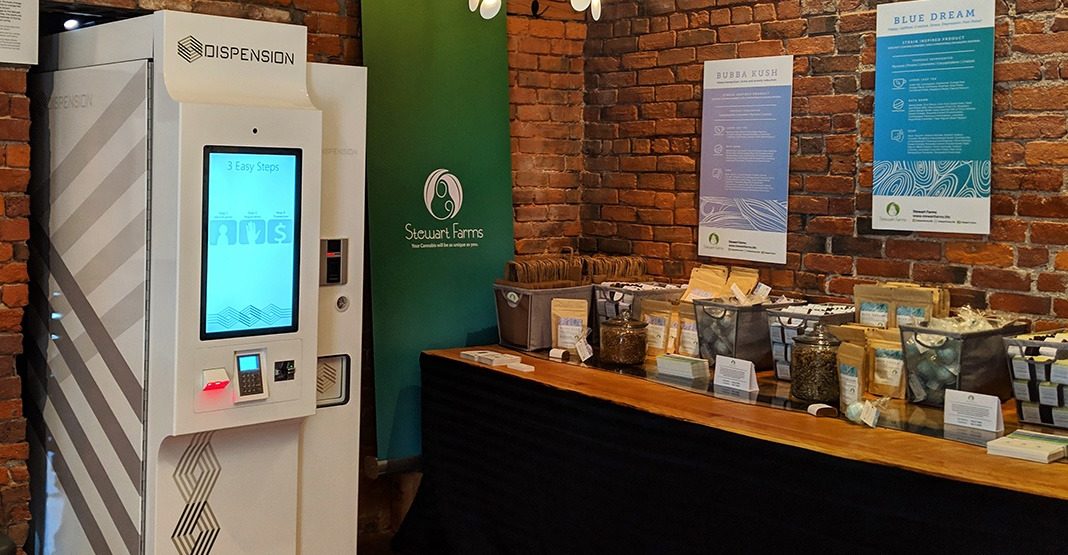 Vending machines are interesting inventions. The technology has ensured that overpriced chocolate bars have been distributed to the hungry masses for decades. Soon, the same row of brightly lit machines could include a new green addition.

As Signifi Solutions, a company that focuses on automated retail, and Dispension Industries have teamed up to produce a cannabis vending machine — yes, a vending machine designed specifically for cannabis and other regulated products.

“Working with Signifi Solutions has enabled us to develop a Canadian-made product that
exceeds the rigorous demands of Canadian and global markets,” said Corey Yantha, president and CEO of Dispension Industries, in a press release. “Signifi has already established a great reputation internationally, and we’re eager to build on that with them into the future.”

Signifi will be manufacturing what they’re calling the Verified Identity Dispenser, a vending machine that is capable of only dispensing to registered users on a company’s network.

According to the company, VID machines recognize registered users by their vascular imprint. Which is, of course, “the unique, subcutaneous, internal vein pattern in the palm.”

That’s right — soon cannabis users will be able to access their smoke with the same technology used by super-villains and shady government agencies alike. (“No Mr. Bond, I expect you to get high.”)

The cannabis vending machines will have their customers’ biometric data stored on an encrypted network. When a palm is placed on the scanner, it uses infrared to scan through the skin to detect the vein network below.

“VID uses the veins inside the palm of your hand because it is the most secure biometric — it can’t be manipulated,” said Yantha in the release. “You don’t leave your palm-vein pattern laying around like you do your fingerprints.”