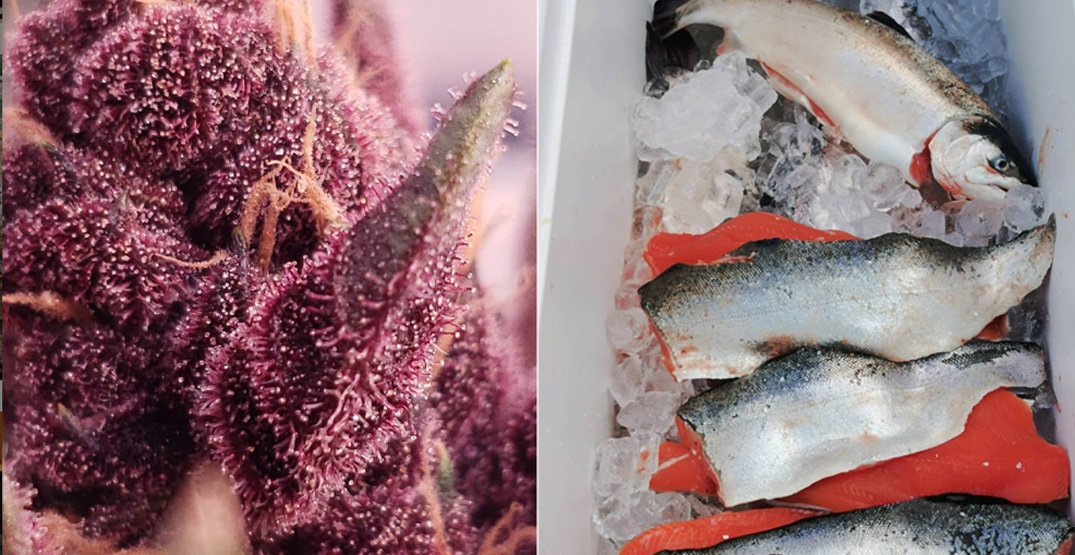 There are a few notable duos etched into the public consciousness — Batman and Robin, mac n’ cheese, Andrew Scheer and a pint of milk — but a new application of a system called aquaponics could spell the creation of a new team of superfriends: fish and cannabis.

Habitat, a BC-based agricultural startup, thinks that the best and most efficient way to grow cannabis — and fish — is in a self-contained environment that reduces waste and, according to one of its founders, pollution.

Aquaponics, according to a document published by the Food and Agricultural Organization of the United Nations, is the integration of recirculating aquaculture and hydroponics in one production system. Aquaponic units, like those used by Habitat, cycle water from the fish tanks through filters into growing beds, and then back to the fish.

In this system, fish waste is typically removed from the water through a two-stage filtering process, including a mechanical filter to remove solid waste and then through a biofilter that processes the dissolved waste. “The biofilter provides a location for bacteria to convert ammonia, which is toxic for fish, into nitrate, a more accessible nutrient for plants. This process is called nitrification,” reads the FAO’s paper.

Rudi Schiebel and Laine Keyes started Habitat after running a Bison farm together in British Columbia. Both originally medical users of cannabis, their interest in regenerative and sustainable agriculture led the duo to adapt aquaponics systems to suit the unique needs of both cannabis and the fish, something Schiebel says is difficult to achieve using the technology.

“Aquaponics is what you call a coupled system,” he told Grow during an interview. “You have your fish and your plants living in the same water — same water quality — and it just is recirculating through.

“You could never really get the optimal water quality for the fish and the plants. You’re always having to compromise a little bit.”

Habitat has decoupled its system, allowing for the filtered, nitrate-free water to flow back into the animal’s tanks while also condensing the nutrients and the waste coming off of the fish system into a solution that is used to feed the cannabis’ hydroponics system. Even evaporating water is captured and recirculated.

Habitat’s current setup is small by industry standards. It generates 25 Coho Salmon a week (the company says this adds up to five tonnes a year) with 900 sq. ft. of cannabis canopy in total. Schiebel says a standard industrial fish system is much larger: “A number that the industry’s been floating around is about 2,000 metric tons.”

What the company has done, however, is claim to have reached profitability, something they hope will allow the method to spread to farmers looking to diversify revenue streams and can be scaled substantially to produce larger yields. The companies stated goal is to create quality cannabis and proteins in a way that doesn’t harm the environment.

“Fish farms today, they still produce a large amount of CO2, as well as a contaminated waste stream,” said Schiebel, “as a lot of the waste and uneaten fish feed would end up going out to a septic system.

“What we’re able to do by linking the two systems together … we complete the symbiosis between the two, almost [to] where all the waste streams that the fish are producing are the elements that plants require and the C02 is absorbed by the plants.”