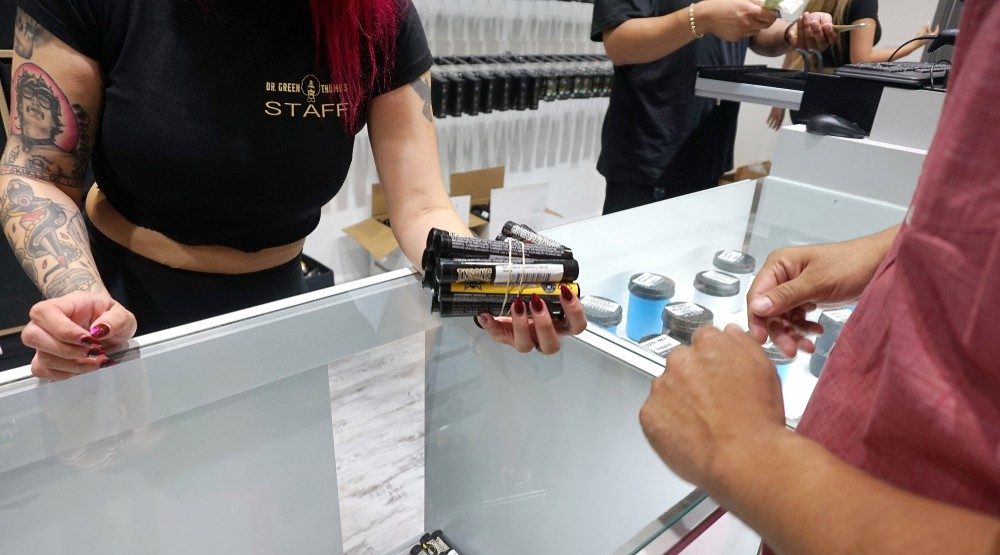 British Columbia has long been known for producing world-class cannabis. In the wake of legalization, however, BC risks losing its foothold. The province is home to 14% of Canada’s population and over half of all medically-licensed producers populate the west coast.

Legalization has ushered in a new era of cultivation that is alienating the small producers who made Canadian cannabis famous in the first place.

“Craft cannabis is just getting started in the federal legal landscape but it’s behind,” said David Hurford, who worked for the federal Health Minister when Canada legalized cannabis and started regulating industrial hemp production and natural health products.

More recently, Hurford is supporting the establishment of a BC Small Cannabis Producer and Processor Co-op with Grow Tech Labs and other stakeholder groups across BC.

“It’s very important that the small producers are brought in to the legal market,” said Hurford. “Many of them have been experts in their field, they are a significant asset to the industry and the country in terms of economic opportunity.”

Grow Tech Labs was founded in October 2018 as a Vancouver-based cannabis business accelerator that is backed by Victory Square Technologies. Hurford is one of GTL’s mentors, focusing on government relations.

“The Grow Tech mission is to accelerate the pace at which small producers and processors enter the legal marketplace,” said Grow Tech Labs CEO Barinder Rasode, in a press release.

There are thousands of small cannabis producers in BC who are designated by Health Canada to produce medical cannabis.

“BC has the most to gain by ensuring small producers and processors are active participants in Canada’s cannabis economy,” said Rasode. “BC co-op’s have demonstrated this business model can deliver economic prosperity for a broad range of citizens and establish a proven legal framework to govern collective decision-making in this rapidly evolving sector.”

BC has a vibrant co-operative movement, with 700 co-op businesses, two million members, and almost $50 billion in assets.

Hurford noted a number of benefits to joining a co-op.

“Pooling resources could mean getting a better price for their product; a group can negotiate a good price for them domestically and internationally as well. In British Columbia’s case, this is a major international product that we have here. People around the world want BC bud. When they think of BC cannabis, they are thinking about the small producer.”

“The other benefit is to share best practices, particularly around environmental stewardship of land,” said Hurford. “There is an opportunity to create a culture around diversity, equality, environmental sustainability, and regeneration.

“For us, it’s about BC maintaining that status and keeping small producers in the game is a key part of that.”

Hurford noted that despite BC’s robust pool of talent, transitioning to the legal market has not been made easy.

“Health Canada has not proactively engaged with small producers and given them a pathway to flip,” said Hurford, who hopes Health Canada will recognize these skilled cultivators as a resource.

“We’re having a supply shortage right now. We don’t have enough cannabis to serve the population. The black market is still thriving. I think especially with the supply shortage, many are quite disappointed that the federal government has not done more to reach these people and bring them into the process.”

One of the challenges is the zoning requirements. Municipal approval is another requirement under the new legalization regime.

“This is an area where the co-op can help. It can facilitate government relations with small producers.”

The co-op can also create a collective voice and help the ongoing process of refining regulations based on industry needs. For example, Hurford said almost everyone feels the current cap on growing space for micro cultivators is too restrictive and limits profitability.

“A co-op can help advocate to improve those regulations to make sure small producers are thriving,” said Hurford.

“The co-op is there to help make the case for transitioning to the legal market. This is a group of people that can be trusted, they want to comply with regulations. They are not all criminals or connected to organized crime. They are law-abiding, respectful people just trying to make an honest living for their family and contribute to their local economy.”

Grow Tech is sponsoring a series of regional meetings across the province in February and March. The goal is to invite feedback on services the co-op could provide members along with a proposed mission, goals and governance structure. The results of the consultation will guide a formal process to incorporate the co-op this spring under BC’s legislation.