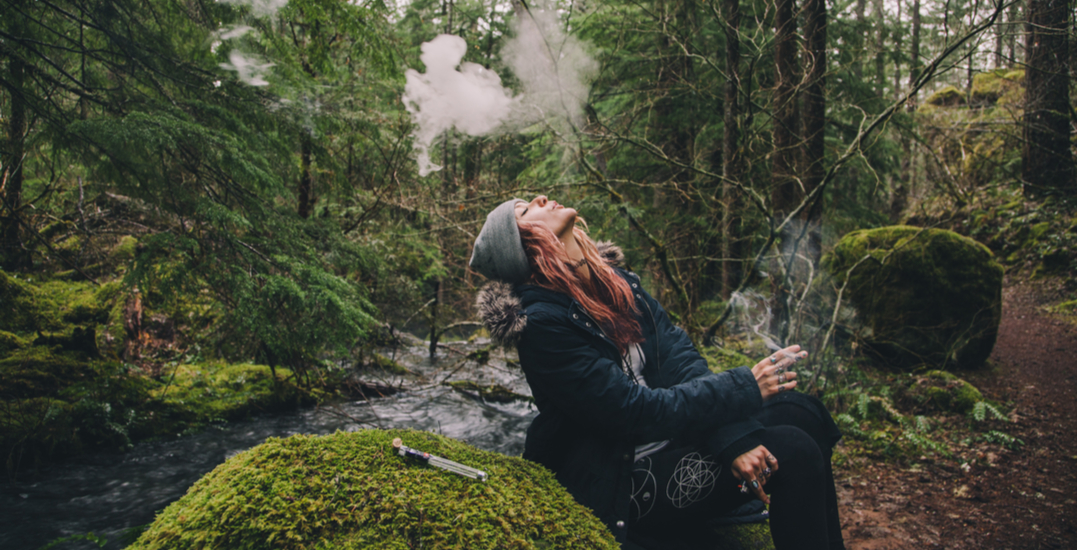 Parks Canada announced on Monday, October 15, that it would allow the use of cannabis at campsites in national parks across the country.

Only registered campsites will allow for consumption of the soon-to-be-legal drug, however, as the rules for use in public areas will vary depending on the park.

There will be no consumption of cannabis in any common campground areas, nor near playgrounds within the parks, in communal kitchen shelters, or at park washrooms.

Hikers will be allowed to smoke cannabis in the backcountry and on hiking trails in areas where provincial and municipal bylaws allow. For example, the town of Banff, Alberta, while inside a national park, will not allow for public consumption, because it is not allowed by the municipal bylaws.

It is recommended to look up the local bylaws for any given national park that you are planning on visiting to learn what legalization looks like for that area.

Here’s what public consumption rules look like in Canada’s four most populated provinces:

The use of cannabis is allowed in BC for adults aged 19+, though they may only carry a maximum of 30 grams of cannabis in a public place, may not smoke or vape cannabis products anywhere that tobacco smoking is prohibited, and may not use cannabis in vehicles or within six metres of a building.

Backcountry and trail use is allowed for national parks in BC.

The community of Field, which is located in Yoho National Park in BC, will allow for public consumption of cannabis.

In Alberta you must be 18-year-old or older to consume cannabis, and like in BC you can only carry 30 grams at a time and will not be able to smoke where tobacco is banned, or in vehicles.

Backcountry and trail use is allowed, though banned within five metres of a building throughout the province.

There are four municipalities that lay within national parks boundaries in Alberta, and although the towns of Banff and Jasper have both banned the public use of cannabis, Lake Louise and Waterton will allow it.

The use of cannabis is allowed in many outdoor public places throughout Ontario such as sidewalks and parks, though you must be 19-year-old or older to do so.

The use of cannabis on trails and in the backcountry is allowed for national parks in Ontario.

Cannabis use in Quebec is restricted in areas that smoking is prohibited, as well as on the grounds of health institutes, social services institutions, Cegeps, and universities; on bicycle paths; and in bus shelters or shared waiting areas for transportation.

Cannabis will be allowed in the backcountry and trails of national parks in Quebec, though will not be allowed within nine metres of a building.

Other provinces and territories

The public use of cannabis will not be allowed in public for the provinces of Saskatchewan, Manitoba, Newfoundland and Labrador, New Brunswick, Prince Edward Island, or the Yukon Territory, though people will still be able to smoke at registered campsites in national parks within these parts of Canada.

National Parks in Nova Scotia will allow for the public use of cannabis with the exception of coastal beaches or within four metres of buildings, and while smoking in the backcountry is allowed, it will be banned on or within nine metres of trails.

Both the Northwest and Nunavut Territories will allow for use in trails as well as backcountry and public areas.

More information on the rules surrounding cannabis use in national parks can be found at the Parks Canada website.