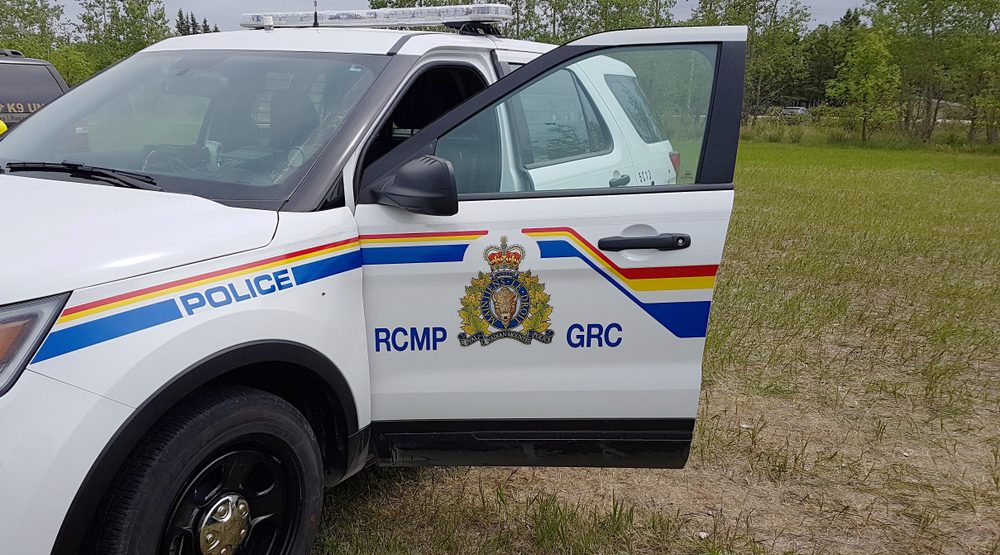 Students, teachers, and parents attending a Winter Feast in Nova Scotia may have inadvertently been fed a cake containing THC, the psychoactive element in cannabis.

According to a release from Eskasoni RCMP, a school in Eskasoni First Nation, Nova Scotia, was holding a Midwinter Feast on January 31.

Food was served at the event, including a molasses cake “suspected to have contained THC,” according to the RCMP. Police say that following the event, adults and children began feeling ill and required medical attention.

Several individuals reportedly went to the hospital, where law enforcement says some tested positive for THC.

The Eskasoni School Board also released two posts to its Facebook page about the issue.

The first one, on Saturday, advised attendees that “edible marijuana” may have “inadvertently” made its way into the cake during the event. 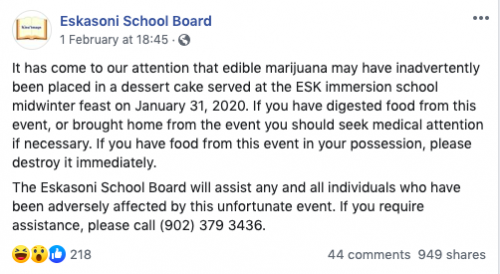 A second update on Sunday offered the number of Nova Scotia Poison Control and advised anyone with questions to reach out to its office in Halifax’s children’s hospital, the IWK.

Police are reportedly still investigating the incident and anyone who ingested the cake is asked to contact law enforcement, whether they required treatment or not.

The RCMP says it is still determining the source of the THC.