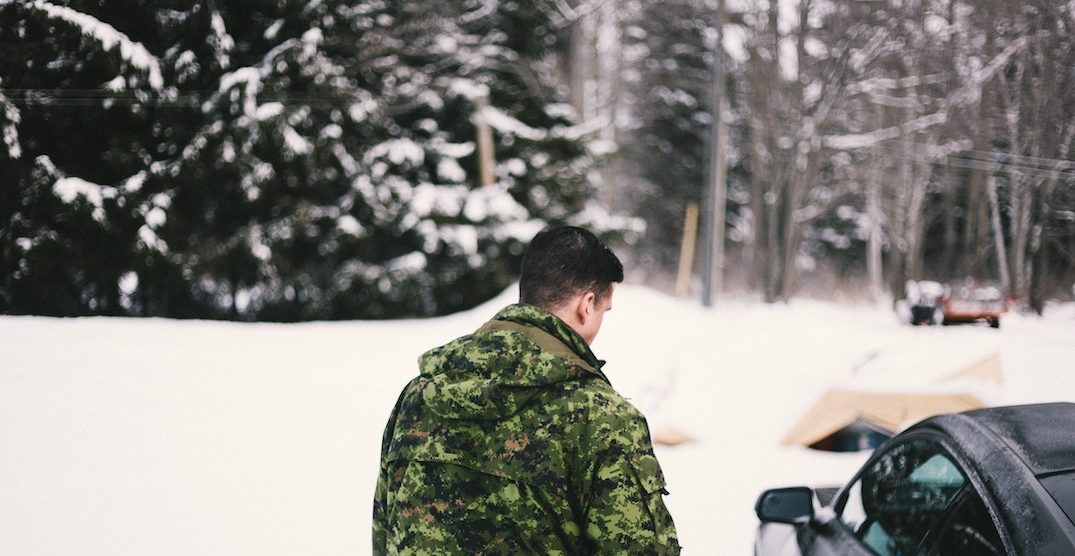 Photo by des on Unsplash

One of the many wounds veterans can carry home with them from conflict is the toll stress and trauma takes on the human mind. While there are many medical uses for cannabis, one area in which it has been finding significant success is the treatment of post-traumatic stress disorder (PTSD).

“I was using [cannabis] for night terrors and night sweats,” Kevin Dunne, a non-commissioned officer in the Canadian Army. “I was dealing with for the last six years after coming back from Afghanistan, and then in six months I found that my dreams are different, my night sweats had stopped.

Dunne retired from the Canadian Forces in 2012 after 22 years in the service. He was taking nine different medications a day to treat his PTSD. When he slept, he was plagued with night terrors.

“I’d go through a regime where I would go to bed with a light layer of clothes on, in the night I would have to take those off because I’d soak through those clothes,” Dunne told Daily Hive over the phone from Newfoundland. “I used to lay a towel on my bed and it would get wet. I’d remove that, I’d go through a number of pillows throughout the night. I had a permanent stain on my side of the bed.

“The wife used to joke around saying that guess which side of the sheets is my side.”

There are currently over 330,000 people registered as medical cannabis patients in Canada, according to the data-gathering site Statista.

According to Dunne, “7,000 of them are veterans. That’s a large number of people to draw from.”

While veterans have been welcomed as patients, they’re also finding careers in the new industry. Dunne is a cannabis educator at CannaConnect, a company that connects patients with doctors who are willing to prescribe cannabis. They have offices across the country including Alberta, Ontario, Manitoba, New Brunswick, Saskatchewan, and Newfoundland. Each location has at least one veteran employee.

Companies like CannaConnect, are helping veterans and first responders treat stress injuries they suffered on the job. This includes those who have returned from Afghanistan and earlier conflicts like the Bosnian war.

Legal access to dried marijuana for medical purposes was first provided in 1999 using unique exemptions under the Controlled Drugs and Substances Act (CDSA). Court rulings on patient’s rights to medicine led to the creation of the Marihuana Medical Access Regulations (MMAR) in 2001. This allowed anyone with permission from a doctor to access cannabis flower for medical purposes by producing their own marijuana plants, designating someone to produce for them, or purchasing Health Canada supply.

The laws have continued to evolve since, culminating in Bill C-45, the Cannabis Act, which legalized cannabis for patients and non-patients alike. Though it has been criticized for focusing too much on recreational use.

Even after legalization, there can still be a stigma in the military community when it comes to using weed, even as a medicine. By bringing on veterans, cannabis businesses are hoping to bridge that gap.

“A veteran comes in here and sees me sitting behind the desk and knows that I was a senior NCO out of the army,” says Dunne, “I have similar conditions that they have. They can talk to someone and relate 100%.”

Currently, the company connects patients to producers who focus on the medical community, according to Dunne these include: Aurora, Medreleaf, Spectrum Cannabis under Canopy Growth, Aphria, Organigram, Emblem, Tilray, Hydropothecary Peace Naturals, and Delta 9.