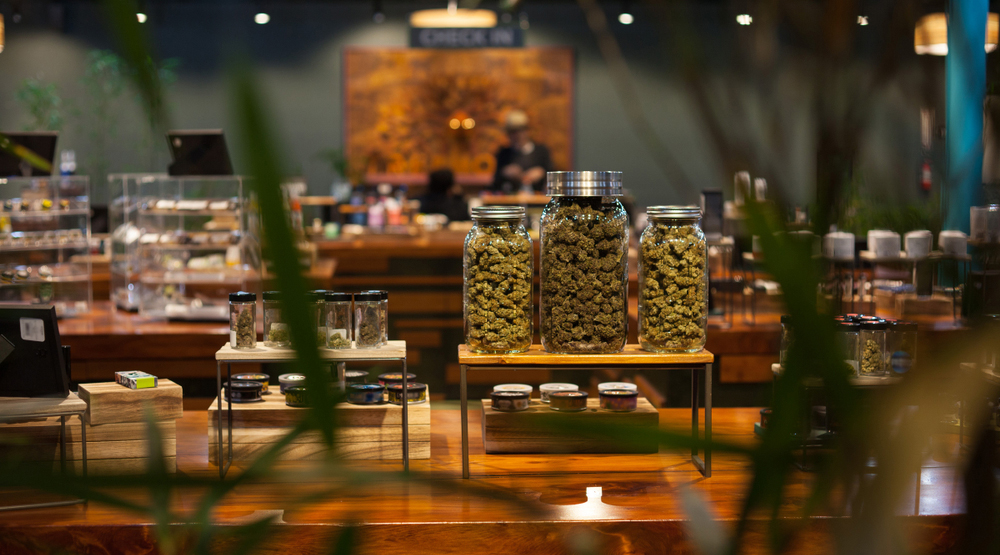 Cannabis is an interesting industry for a variety of reasons. It’s novel, still criminal in many ways, potentially beneficial, and widely available — depending on where in the country you live. The current shutdown has seen the rise of another regional title for the green sector: essential.

Most provinces have allowed only the businesses that are considered the most essential to continue to operate. Some have included cannabis on the manifest of community needs while others have not.

Ontario’s government updated its list of essential businesses during the pandemic. Among those that didn’t make the cut this time around are cannabis producers and retailers.

“Following advice from Ontario’s Chief Medical Officer of Health,” reads an update on the province’s list of essential services, “on April 3, 2020, Ontario updated the list of essential businesses that can remain open. The restrictions are aimed at further reducing contact between people and stopping the spread of COVID-19.”

Businesses not on the list were required to close by April 4.

The update comes after the list was first released on March 24. At the time, cannabis and cannabis producers appeared on the list just after retail and wholesalers who provide bedding, food, and shelter to animals, and just before petrol stations.

British Columbia released an extensive list of its essential businesses and managed to include cannabis among them.

“Essential services are those daily services essential to preserving life, health, public safety and basic societal functioning,” the province said in a release. “They are the services British Columbians rely on in their daily lives.”

Quebec is currently suffering from the most coronavirus cases out of any province in the country.

La belle province echoed much of the country and has ordered businesses to close, with exceptions being given to a number of specific types of retailers, including grocery stores, pharmacies, gas stations, and, of course, the Société des alcools du Québec (SAQs) and Société québécoise du cannabis (SQDCs) — the provinces public booze and cannabis retailers.

Alberta has adopted guidelines closing all non-essential businesses and, in regulations extremely similar to Ontario’s initial list of services, included “liquor and cannabis retail outlets, manufacturers and producers as well as warehousers, distributors and AGLC operations, as well as vape shops.”

Select businesses in the province have been ordered to close. Cannabis retailers and producers were not included among them.

Businesses that remain open must enforce social distancing of two metres (six feet) between customers. Those unable to maintain this distance, due to physical limitations, must only allow five customers inside at a time.

Nova Scotia is unique in the sense that alcohol and cannabis are sold in the same locations. The NSLC has announced reduced hours in response to the pandemic. Locations are now open 11 am until 7 pm, Monday to Saturday. Stores also open an hour earlier for seniors and customers who are at higher risk of contracting the virus.

New Brunswick is another province to order the closures of non-essential businesses. Its legislation also makes exceptions for both NB Liquor and Cannabis NB.

The Province of Saskatchewan has included cannabis retailers on its list of Allowable Business Services.

Manitoba updated several of its orders under the Public Health Act, but has kept cannabis on the list as an essential service.

The NWT has issued orders for a variety of businesses to close, including tour operators, gyms and fitness centres, museums, bars, nightclubs, and more.

Cannabis retailers and producers have not been included at this time.

The Yukon’s classification of cannabis as essential is by far one of the most detailed in the country. Cannabis retail, production, and everything in between is allowed to continue to operate, according to the government’s most recent update.

Nunavut operates on a mail order-only system, and has no brick-and-mortar in the province. Purchases are still being filled by licensed agents. At time of writing, Nunavut is the only province or territory in Canada with no known cases of the virus.

All PEI Cannabis stores closed temporarily on March 19. No expected reopening date has been given for the province’s public retail chain.

The country’s easternmost province has ordered the temporary closure of its cannabis and vape retail stores. Producers do not appear to be impacted.