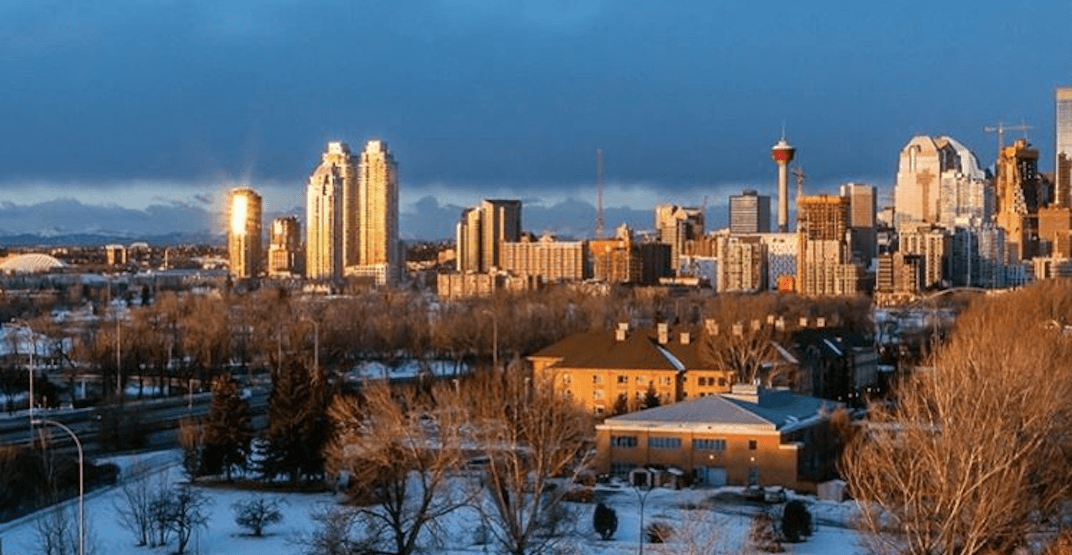 There’s no question that marijuana will become legal across Canada in the coming months (though whether or not it happens on July 1 is till up in the air), but the consumption and distribution rules at the municipal level are still being decided.

The City of Calgary has been at work to ensure those bylaw amendments are firmly in place by the time the federal government officially legalizes the drug this summer, and have just released their latest public survey.

“The public online feedback form received the highest volume of citizen input of The City’s 2017 engagement projects, receiving more than 15,000 contributions,” said Matt Zabloski, the lead of the City’s cannabis legalization project, in a release.

“We’re very pleased that so many Calgarians took part and shared with us their attitudes and opinions.”

Over 15,000 residents were questioned on how they think cannabis should be regulated in Calgary, responding through workshops, an online form, telephone interviews, and focus groups between November 2017 and January 2018.

It is the opposite regarding the consumption of cannabis, however, with 43% agreeing that it should be similar to smoking tobacco, and only 19% stating that consumption should abide by current liquor laws. Only 29% called for a combination of the two, and 7% thought that neither framework would work.

Rules around public consumption of cannabis (The City of Calgary)

Respondents showed support for allowing cannabis consumption in one’s own backyard or front porch, though the majority were against seeing it smoked at a public transit stop, on a restaurant or bar patio, in a public park, or while walking down the street.

When looking at its use at outdoor music festivals, only 17% of respondents called for it to be banned completely, while 57% would like to see designated areas for cannabis users, along the same lines of how beer gardens currently operate. 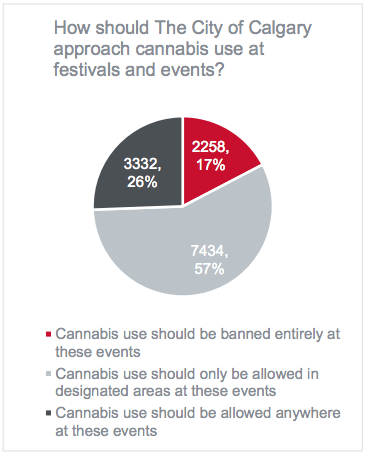 Cannabis regulation at outdoor music festivals (The City of Calgary)

According to the release, the City is aiming to have bylaw amendments in effect by April so that Calgarians have time to fully understand the new laws before legalization comes into effect. It also stated that these surveys will have a strong influence over what the City ultimately decides to implement when it comes to cannabis regulations.

“While The City of Calgary’s response to legalization will need to work within the federal legislation and the provincial framework, the feedback that we’ve received will be significant in the decisions we make around amending bylaws and determining regulations that address areas of citizen concern,” said Zabloski.