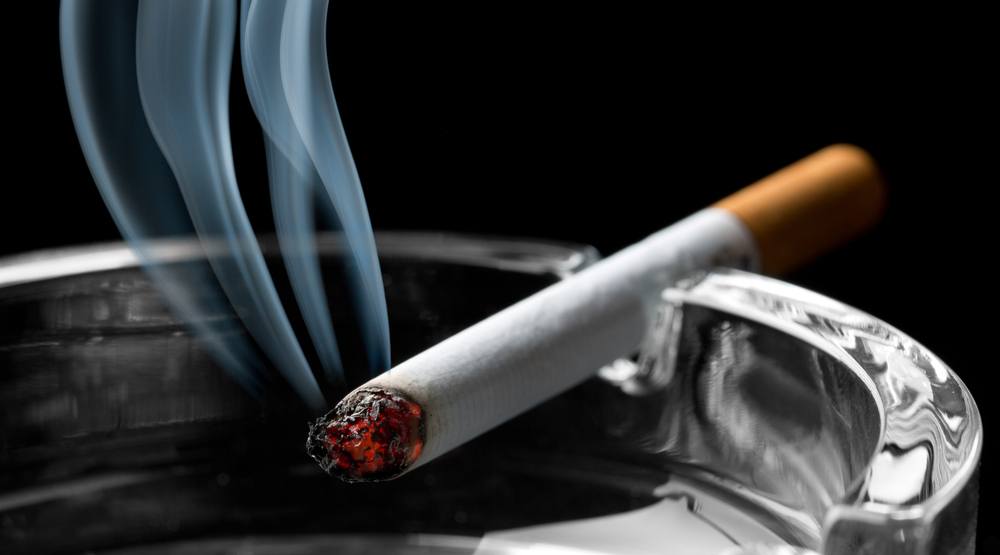 A forthcoming tax hike on tobacco products in British Columbia will create some of the highest cigarette prices in the country.

During yesterday’s provincial budget announcement, the BC NDP announced another tax increase on tobacco beginning on April 1, 2018. The tax rate on cigarettes will rise from 24.7 cents to 27.5 cents per cigarette, which is equivalent to a hike from $49.40 to $55 per carton of 200 cigarettes.

The increase is forecast to generate an additional $95 million for the provincial government for the 2018-19 fiscal year, which will grow BC’s tobacco tax revenues to a total of $825 million per year.

This will be the second tax hike on tobacco in BC in six months, with tax rates on cigarettes going up on October 1, 2017 from 23.9 cents to 24.7 cents per cigarette.

All of this is on top of other taxes, including the federal and provincial sales taxes and the federal excise tax. The average combined taxation in Canada on cigarettes is about 70% of the retail price.

But the tobacco industry is warning the hike in tobacco tax to raise the necessary revenue needed to cover the provincial government’s big budget plans may not work as planned.

He also claims excessive taxation on cigarettes could turn some smokers to the illicit black market.

“If the Horgan government thinks it will increase revenue and deter smoking, it is sadly mistaken. History has shown huge increases in tobacco taxes lead only to a portion of consumers turning to the black market,” said Gagnon. “If they are serious about reducing smoking incidence in the province, they should instead encourage consumers to switch to potentially less harmful alternatives like vaping or heated tobacco products.”

However, a recent report by Health Canada strongly recommends a big tax hike on cigarettes in order for the federal government to meet its long-term targets of reducing smoking to just 5% of the population by 2035. Currently, over 14% of Canadians smoke.

According to Statistics Canada, BC has the lowest tobacco smoking rates in the country, and is nearly tied with Nova Scotia for having the highest rate of marijuana smokers.

BC anticipates it will receive $75 million per year from the federal government’s excise tax on marijuana.