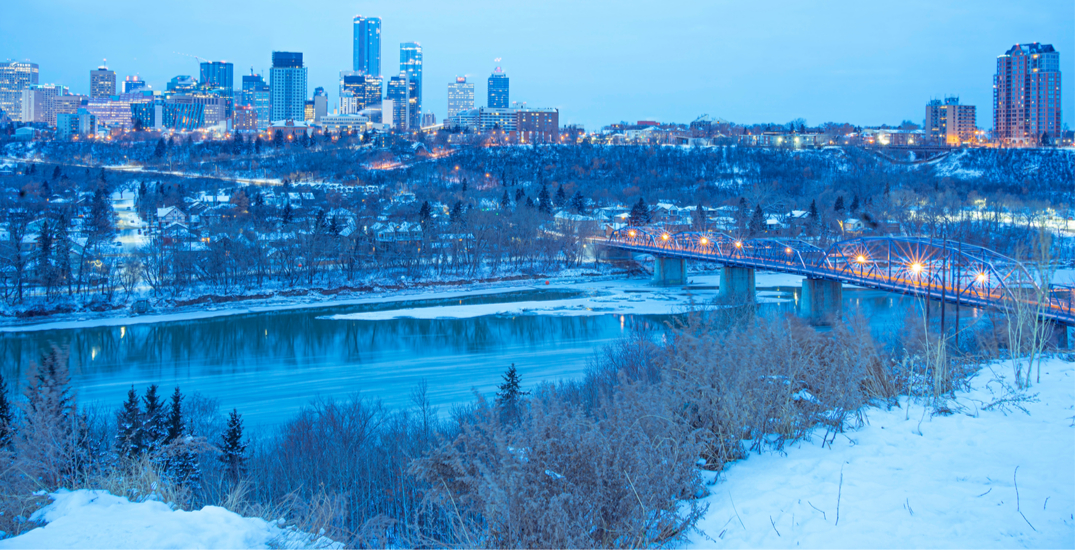 A snowfall warning remains in effect for Edmonton, with Environment Canada calling for up to 20 centimetres by the end of Tuesday.

The weather agency is forecasting 10 to 20 centimetres of snow will accumulate, with snow tapering off throughout Tuesday.

There are currently nine other areas in the province that are under snowfall warnings too, as well as extreme cold warnings for portions of northern Alberta.

Visibility may be suddenly reduced at times in heavy snow. Due to accumulating snow, surfaces such as highways, roads, walkways, and parking lots may become difficult to navigate.

Environment Canada suggests that if visibility is reduced while driving, turn on your lights and maintain a safe following distance.

The City of Edmonton will implement a phase-one parking ban Tuesday night due to the snow.

During phase one, crews clear arterial roads, collector roads, bus routes (roads marked with seasonal no parking signage) and roads within business improvement areas. Parking will be prohibited in these areas.