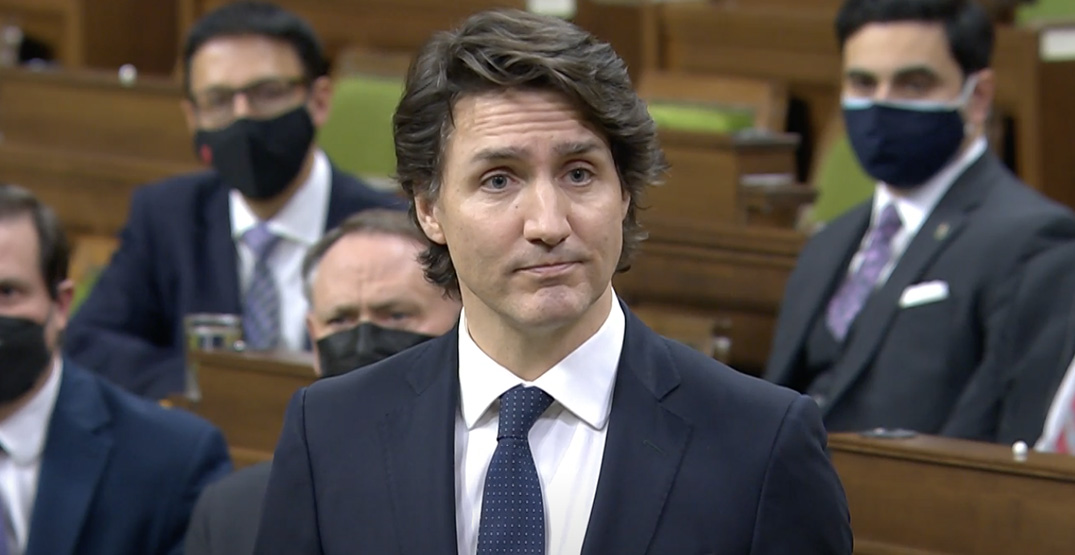 Prime Minister Justin Trudeau is calling for an end to the anti-vaccine mandate protest that has been occupying the nation’s capital for almost two weeks now.

In an emergency debate at the House of Commons on Monday night, Trudeau accused the protesters of blockading “our economy, our democracy and our fellow citizen’s daily lives.”

“The people of Ottawa don’t deserve to be harassed in their own neighbourhoods,” said the prime minister. “They don’t deserve to be confronted with the inherent violence of a swastika flying on a street corner, or a confederate flag, or the insults and jeers just because they’re wearing a mask.”

Canadians have the right to protest, to disagree with their government, and to make their voices heard. We’ll always protect that right. But let’s be clear: They don’t have the right to blockade our economy, or our democracy, or our fellow citizens’ daily lives. It has to stop.

He added that the federal government would provide the city of Ottawa, which has been under a state of emergency since Sunday, whatever resources it needs.

Trudeau stressed that the story of the pandemic is not the blockade and protesters but the frontline workers and citizens who have followed public health rules to keep others safe.

He acknowledged how people are tired of the sacrifices they’ve had to make during the pandemic — like having to wear a mask and isolate themselves from family and friends.

“This pandemic has sucked for all Canadians,” said Trudeau. “Those who are shouting at others because they’re wearing a mask do not define what is to be the majority of Canadians.”

Candice Bergen, interim leader of the Conservative Party of Canada, said she’s never seen a country so divided as it is now under Trudeau and questioned his decision to introduce the vaccine mandate.

The prime minister said people expect him to disagree with Bergen but that he didn’t think it would be “about something so fundamental.” He goes on to reiterate that Canadians have been stepping up for each other by getting vaccinated and frontline workers, young people, seniors supporting each other.

This comes after a weekend of anti-vaccine mandate protests across Canada. In Vancouver, people experienced the truck convoy’s loud honking for the second weekend in a row. In Toronto, police made multiple arrests, including one of a poop-flinging protester and a protester who released a smoke bomb.

The convoy is in its 12th day of protests in Ottawa.