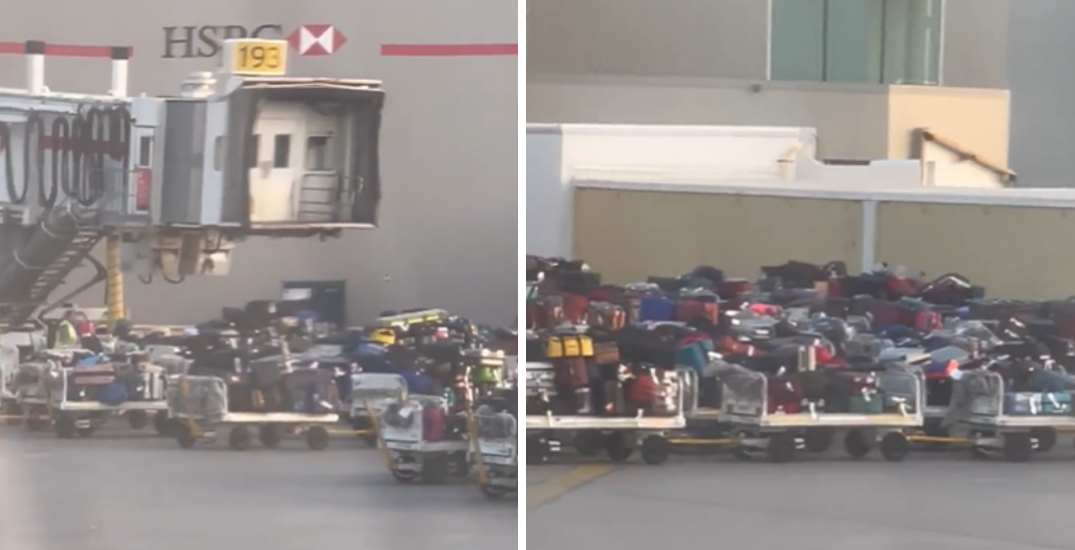 Security wait times at Toronto Pearson Airport may be improving, but the baggage claim at Canada’s largest airport is still causing headaches for travellers.

Only one worker can be seen amidst the sea of bags, and the airplane from which they were unloaded cannot be seen.

“Hey @TorontoPearson I’m sure these bags are on the way inside soon right?” Buchanan tweeted along with the 14-second clip.

Hey @TorontoPearson I’m sure these bags are on the way inside soon right ? pic.twitter.com/SdCOugaKqg

Buchanan’s experience is far from an isolated incident.

In May, a TikToker shared a video showing hundreds of bags strewn about the Terminal 3 baggage claim. Earlier this month, former NHL-er Ryan Whitney called Pearson “hell on Earth” as he documented the many issues he faced, including at baggage claim.

Other Twitter users have shared their displeasure with Pearson’s baggage claim in recent days. On Sunday, user @SPMAnino posted a photo of a “baggage graveyard” at the airport, while user @Celavie89 tweeted yesterday that their bags have been missing since June 17.

“Baggage handling, including removing from aircraft, putting into the baggage system and the rate at which bags are put onto a baggage carousel, is the responsibility of the airline and their contracted ground handling company,” a spokesperson said.

Faith has not been very high over the past few weeks among Canadian travellers and local airlines.

Earlier this week, former NHL player Jeremy Roenick voiced his displeasure with Air Canada after flying out of a congested Montreal Trudeau Airport. On Tuesday, an England-based motorsport publication accused Canada’s biggest airline of kicking off more than 30 passengers from a YUL flight for “no good reason.”