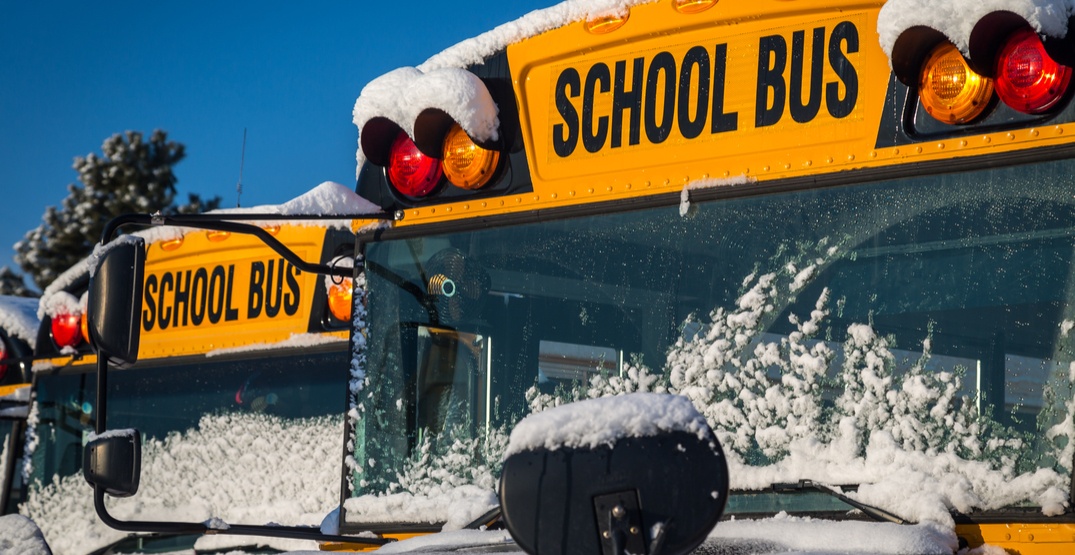 A school bus driver who operated some routes for the Edmonton Catholic School District has been fired following an incident where a student was left on the bus in frigid temperatures.

According to ECSD representative Lori Nagy, the driver forgot to drive to the last stop on his route and instead drove home with the bus.

According to Nagy, the student was watching a movie on his phone, and when the bus driver didn’t return for 10 minutes, the student called his dad, who was able to locate the bus with the GPS on his son’s phone and pick him up.

The bus driver works for Stock Transportation, the company contracted by the school board to drive students.

“It is absolutely unacceptable that a student was left on a bus, and Stock has terminated the bus driver,” said Nagy in a statement to Daily Hive.

“Our Division has a zero-tolerance policy and would have let Stock know that the driver would no longer be driving buses for our Division, but Stock was already in the process of terminating the driver.”

The student is in Grade 8 at a junior high school on the west end.

The bus company did not respond to a request for comment at the time of publication.