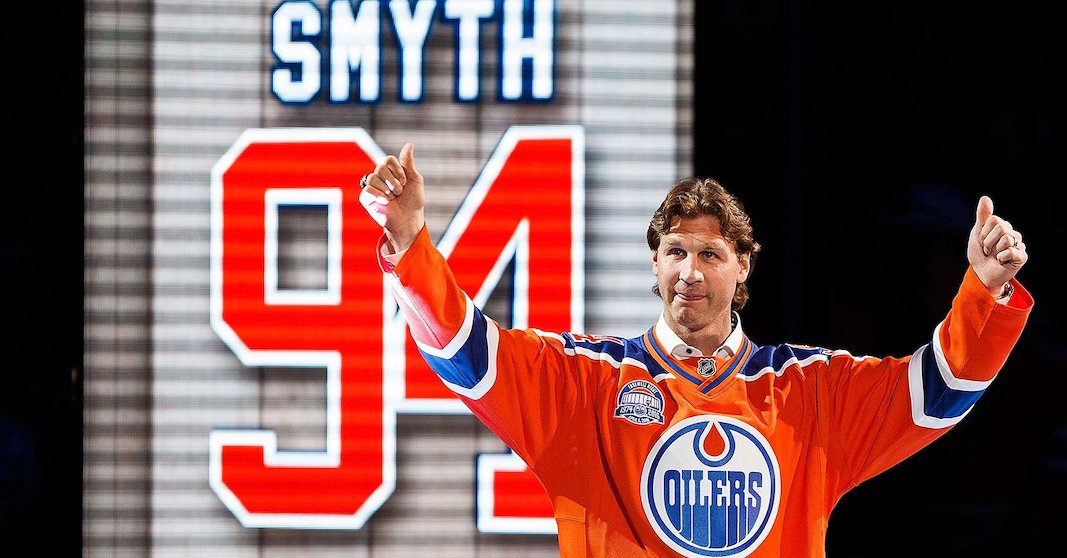 Ryan Smyth will officially be inducted into the IIHF Hall of Fame later this year.

Hockey Canada announced this morning that the longtime Edmonton Oilers winger is being called to the IIHF Hall of Fame to be recognized for his amazing career on the international stage.

Smyth, who was the Oilers’ sixth-overall draft pick in the 1994 NHL Draft, went on to play 60 games in the Worlds — more than any other player in Canada.

He appeared in seven straight IIHF World Championships from 1999 to 2005, wearing a C on his chest for the last five, earning him the nickname “Captain Canada.”

Congratulations to ‘Captain Canada’ on earning a well-deserved place in the @IIHFHockey Hall of Fame! 🇨🇦

According to Hockey Canada, Smyth jokes that he isn’t so sure it’s good that he played in eight world championships, because “it means your team missed the playoffs each of those years.”

I never dreamed of this happening. I feel blessed & humbled to be inducted into the @IIHFHockey Hall of Fame. Congrats to the other inductees. Thank you to my family & @HockeyCanada for allowing me live my dreams & to my fans and teammates. Wearing the maple leaf was my honor🇨🇦🏒

Smyth will be officially inducted into the IIHF Hall of Fame this May during the 2020 IIHF World Championship in Zurich and Lausanne, Switzerland.