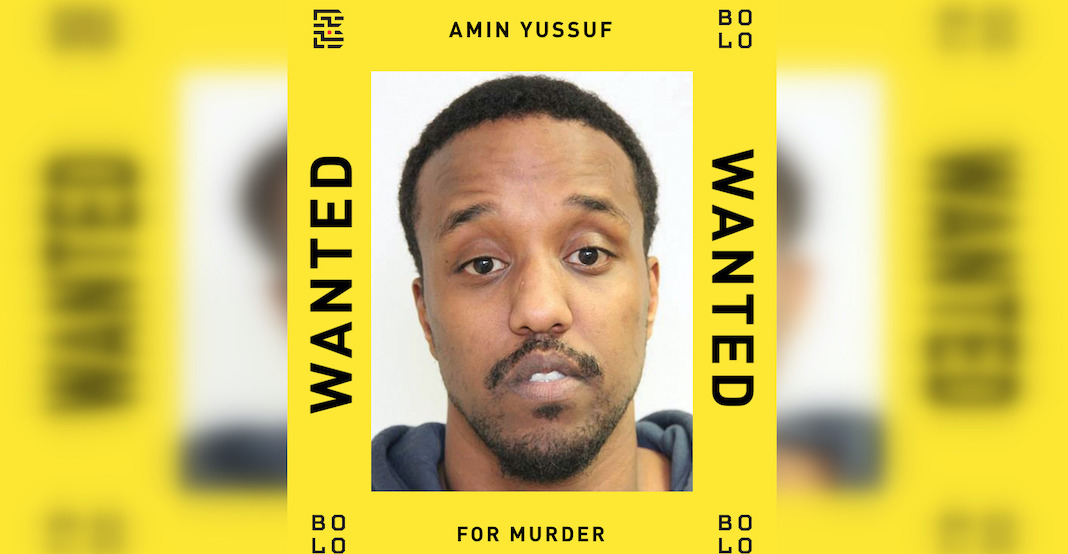 The Edmonton Police Service is continuing to search for a murder suspect wanted on Canada-wide warrants in connection to a nightclub shooting in March of last year.

The EPS Homicide Section is looking for 29-year-old Amin Yussuf, in relation to the shooting of 26-year-old Abubeker Gemechu Abduraman.

According to a release, on March 24, 2019, the Edmonton Police Service responded to a weapons complaint at Xhale Lounge at 8120 101 Street.

Upon arrival, investigators located Abduraman deceased inside the lounge. Two other individuals were also shot and sustained non-life-threatening injuries.

Yussuf is wanted for First-degree Murder, Attempted Murder Using a Firearm (x2), and Unauthorized Possession of a Firearm.

The EPS has partnered with the Bolo Program to complement police efforts in locating Yussuf. The Bolo Program amplifies police requests for public assistance on most wanted cases, focusing on the most serious criminal offences.

In cooperation with the Crime Stoppers Association of Edmonton and Northern Alberta, the Bolo Program offers a reward up to $50,000 CAD for any information leading to the arrest of this suspect, available until July 21, 2020.

According to Police, Yussuf has connections to Yellowknife and Hay River in the Northwest Territories, as well as Edmonton, Alberta; Prince Albert, Saskatchewan, and Toronto, Ontario.

He is described as a black male, with brown eyes and black hair. He is six feet tall and weighs approximately 180 pounds.

Yussuf is believed to be armed and dangerous and should not be approached.

According to the Bolo Program website, Yussuf is a dangerous criminal with numerous prior convictions, including aggravated assault, drug trafficking, weapons-related charges, resisting arrest, and attempting to escape the police.

Investigators are urging anyone with information regarding Yussuf’s whereabouts to contact the EPS or Crime Stoppers.