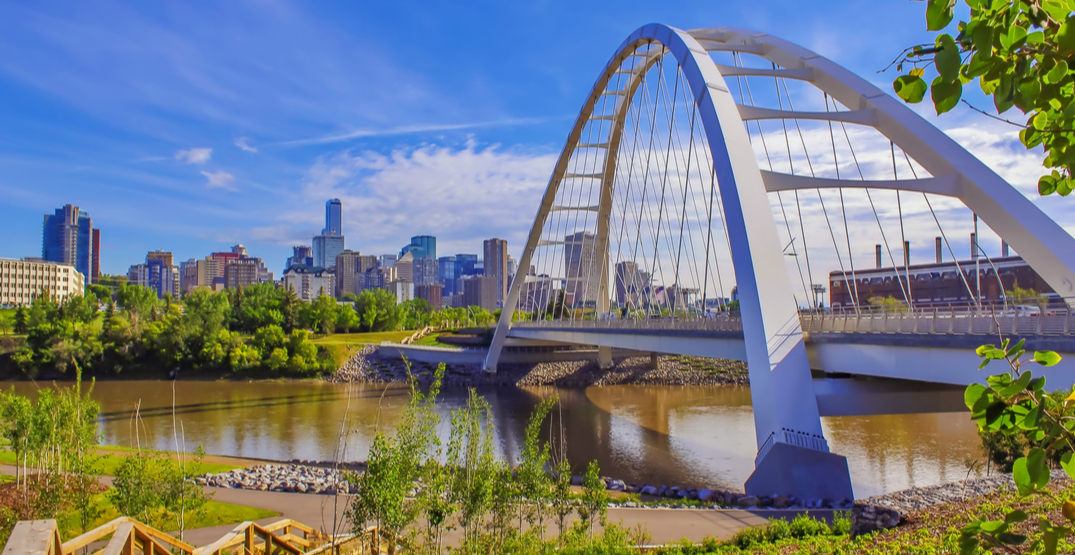 Authorities received a call at approximately 10:02 am this morning, citing reports of a dog in the river near Walterdale Bridge. The river rescue team was deployed and was able to reach the dog within 6 minutes, according to a media release.

“We strongly encourage Edmontonians (and their pets) to stay off the river and away from the river banks,” the release explains. “When water levels rise this rapidly, combined with an increase in debris floating in it, it is unsafe for anyone to be near it and especially on it.”

Edmonton Fire Rescue Services explains that it is not only unsafe for residents to venture near the river banks, but it is dangerous for firefighters as well and encourages people to continue to be vigilant and safe while enjoying the rest of the weekend.