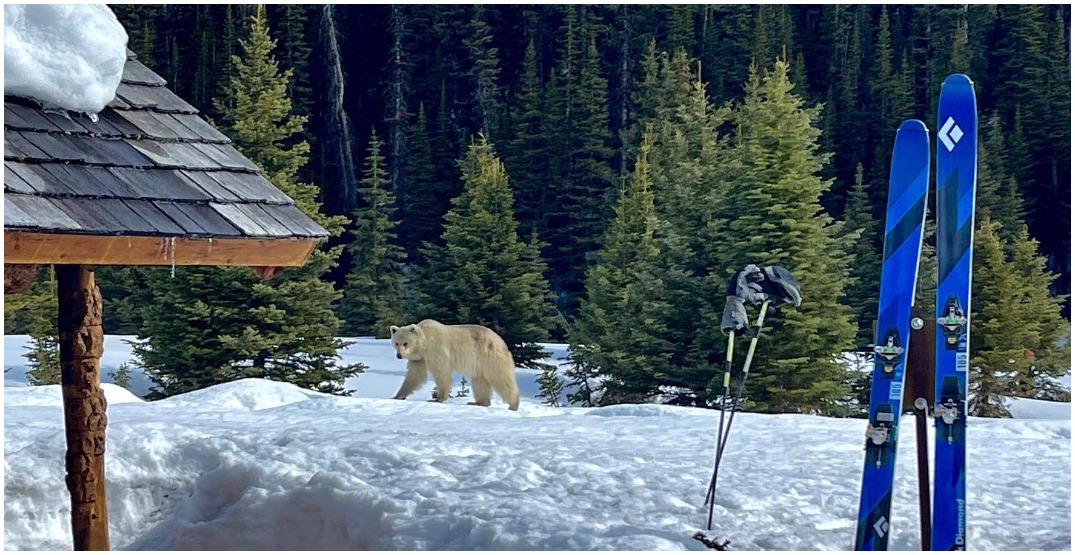 It was quite the sight for people in Yoho National Park as a rare white grizzly bear was spotted in Canada’s Rocky Mountains.

In a situation reminiscent of The Yogi Bear Show, Noel Rogers was in the park, sitting at a picnic table, when he noticed the bear known as Nakoda.

“This was taken just after I first saw her,” Rogers said in a Facebook post, sharing a video of Nakoda.

“Once she left, I retraced her steps trying to get a photo of her paw prints in the snow. I was surprised to see no sign of her tracks at all and discovered that she was licking up a bunch of little black bugs that were all over the top of the snow.”

Rogers witnessed the bear just licking up bugs, taking a casual stroll against a tree-filled backdrop. “She did not seem to have a care in the world,” he said.

In the Facebook post, Rogers admits the story isn’t all positive — Nakoda’s sister was killed last week after being hit by a car.

“Nakoda’s grizzly sister was just hit by a car and killed on the highway last week in the same area where I saw her,” he said. “Tragic end for a beautiful bear. Apparently, her mother was also killed in a similar accident a few years ago.”

Rogers concluded the post wishing Nakoda “a long and healthy life away from the roadways and train tracks.”