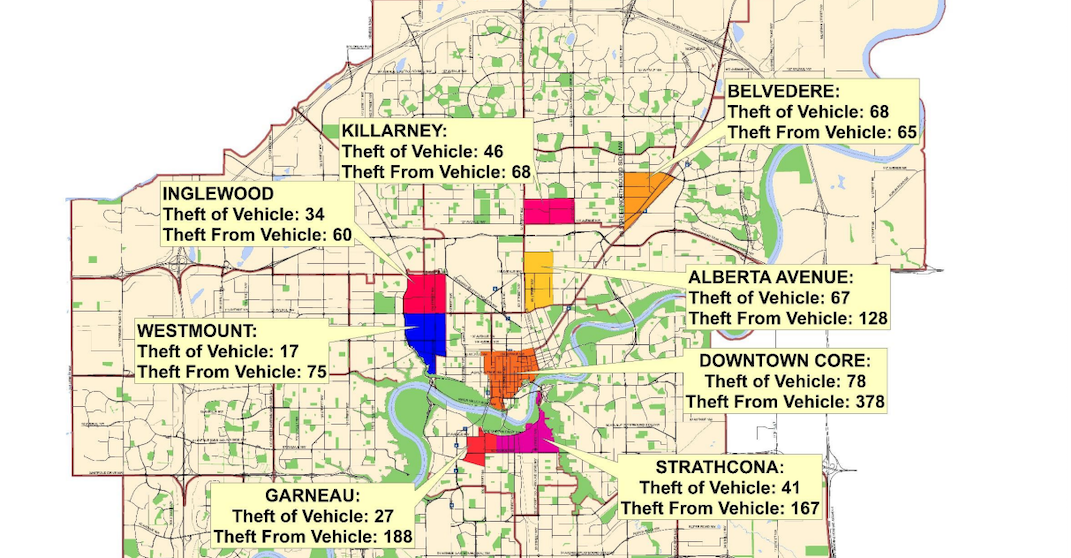 Just in time for the holidays, the Edmonton Police Service (EPS) is launching a new campaign to help reduce thefts in neighbourhoods around the city.

Police are alerting residents if the community they live or work in is a “hot spot” for theft from and theft of vehicles.

In a release, police say 2019 has had the highest number of thefts from vehicles since 2013, with southwest and downtown divisions seeing the largest increases this year.

Nine Edmonton neighbourhoods — including the downtown core, Belvedere, Garneau, Alberta Avenue, Stratchona, Westmount, Summerside, Killarney, and Inglewood — will notice large signs by roadways alerting them that their neighbourhood is a “hot spot.”

“These communities historically have had the most theft from and theft of vehicles when we analyzed the data from the last five years,” says Sgt. Smith of West Division.

According to police, between January 1 and November 30, 2019, a total of 3,638 vehicles were stolen in Edmonton, and 7,302 thefts from vehicles also occurred. 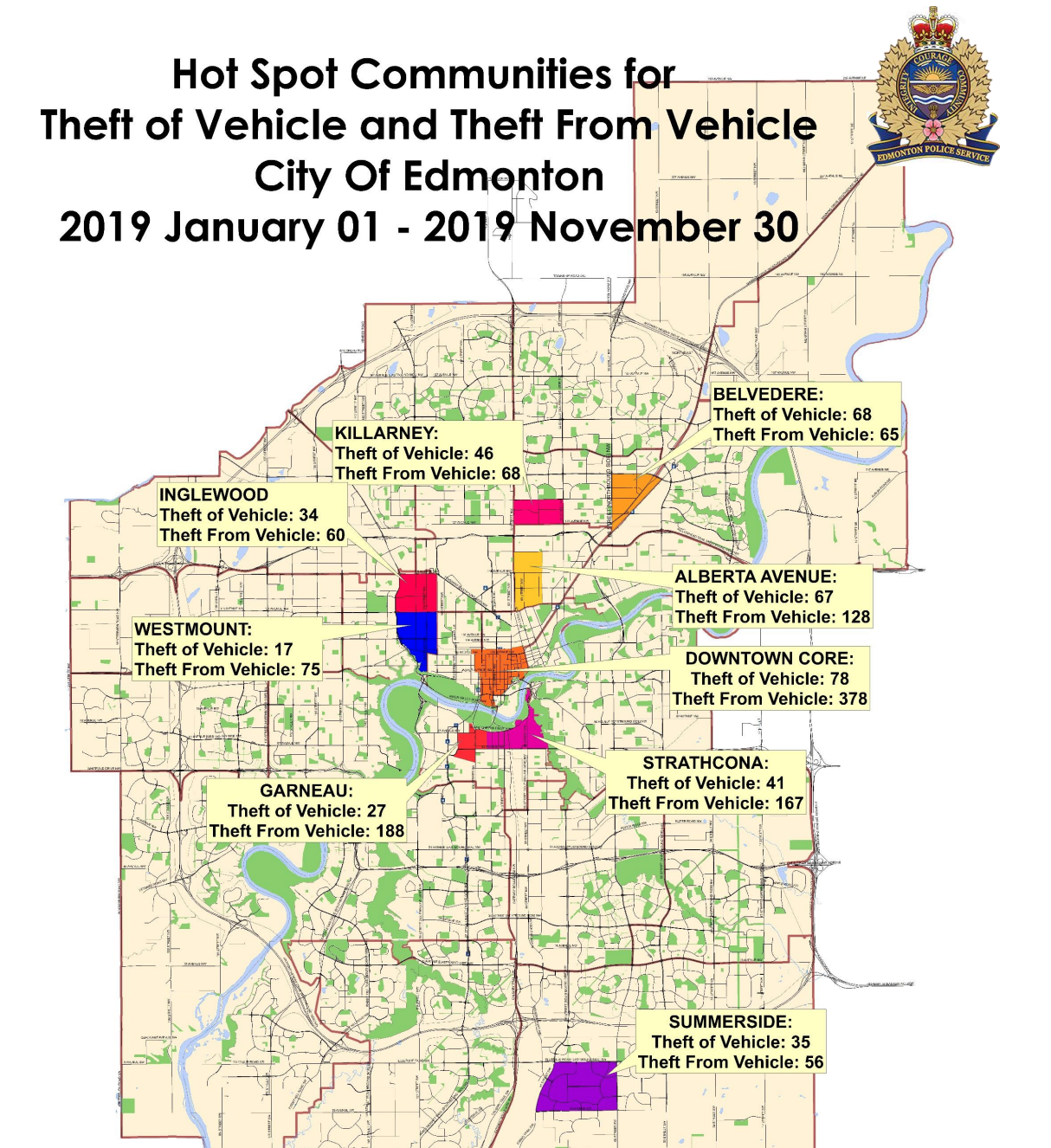 Coming in hot was the downtown core, with 378 thefts from vehicles and 78 vehicle thefts this year.

According to police, there were 700 incidents of vehicle theft reported to police just between September 1 and October 31 of this year.

Of those vehicles, 54 were left running with a key inside, and 76 had the key or a spare key left in the car.

Police say there have been some occurrences of thefts involving vehicles with a smart key that have been left running, unattended and with they key removed.

Malls, parking lots, and parkades also continue to be primary targets for criminals.

Some tips from police include the following:

“These two crimes continue to be on the rise year after year, and we need all communities to be more vigilant about protecting and securing their vehicles,” says Sgt. Smith.

“Dealing with the aftermath of having your car broken into or stolen is much worse than making the extra effort to protect your property.”