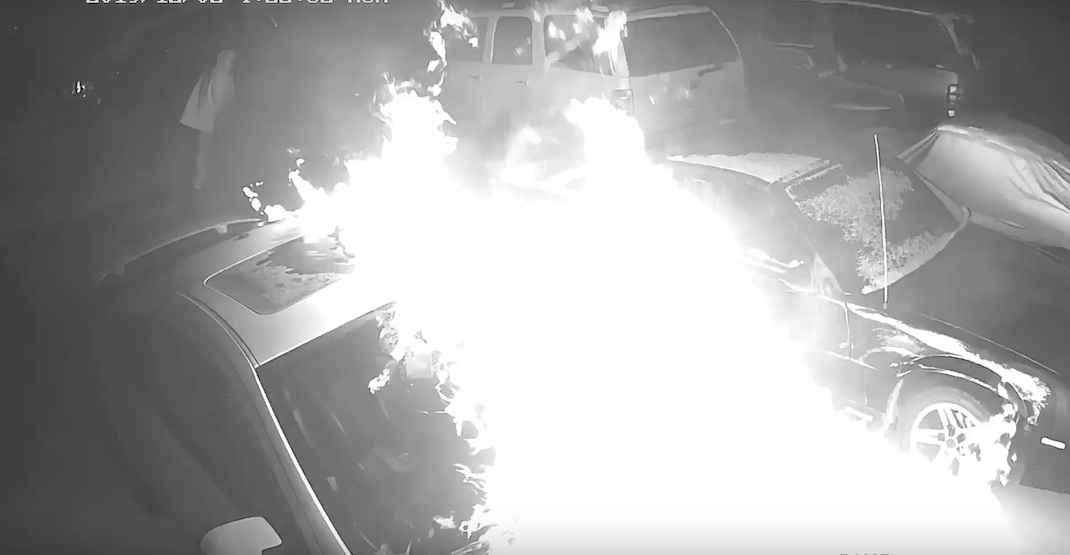 Edmonton Police Service has released footage of an arson suspect who set fire to a car Monday.

The CCTV footage features a male suspect who is allegedly responsible for deliberately setting fire to a vehicle in the area of 29 Street and 44B Avenue.

Police say on Monday, December 2, 2019, at approximately 4:20 am, the suspect allegedly committed an arson before fleeing the area.

Police are seeking the public’s help to identify the suspect. 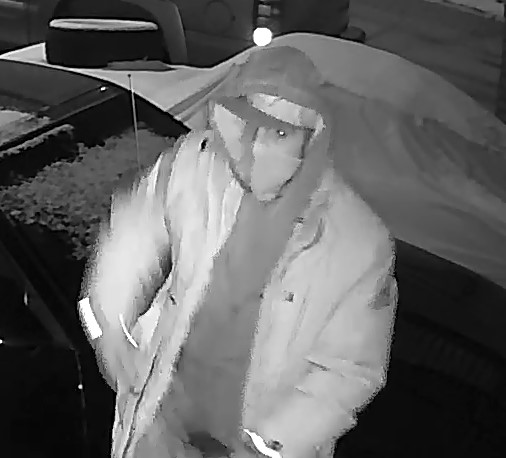 Investigators anticipate the initial flames from the fire would have likely caused burns to the suspect’s hand and face, including his eyebrows and eyelashes, said the release.

The suspect is believed to be in his early twenties to mid-thirties.