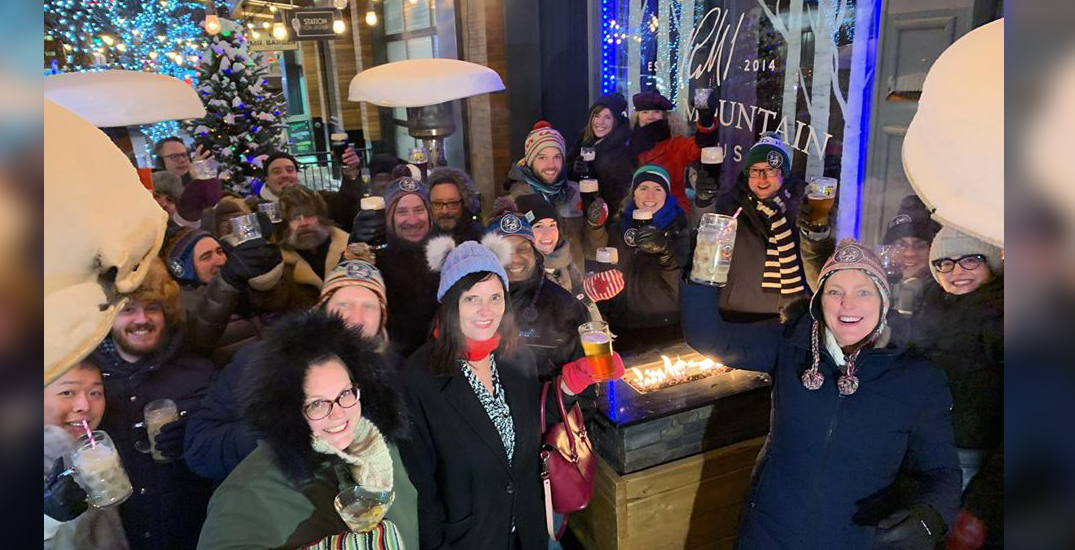 Edmonton’s in the middle of a winter cold snap, but instead of bundling up inside, one glass-half-full group is saying “cheers” to the frigid weather.

Edmonton’s Polar Patio Club gathered at the Rocky Mountain Icehouse Tuesday evening to share drinks with friends. The temperature outside? A fresh -32°C. It completed group founder Susan Forsey’s goal to have a “club meeting” on the coldest day of the year (thus far).

“You need to be able to embrace winter in Edmonton. Or it’s going to be this long, painful, torturous five months,” she told Daily Hive in an interview.

Cheers to the brave souls who came out to this evening’s Polar Patio Club event at @icehouseyeg. Minus 32 C couldn’t stop a few dozen Edmontonians from sharing a friendly pint together. #yegdt #yegwinter. pic.twitter.com/8PYjizCjks

The Polar Patio Club is two years old now, and members have been meeting at the Icehouse regularly to get some outdoor time in the middle of winter. Forsey and her husband, Wayne Jones, own and operate the bar/restaurant.

They use blankets, patio heaters, gas-powered tabletop fires, and sometimes a fire pit to keep warm.

“Once you’re out there, honestly, people love it,” she said.

The club started out as a joke between Jones and Forsey, who once shared a wintertime beer on their patio, and regular customers walked by asking if they could join.

Since then, they’ve designed patches, hats, and toques for everyone brave enough to have a winter beer on the restaurant’s patio.

“It gives people something to look forward to instead of being cooped up all the time. It could be -30 out…it’s blue skies, the sun is shining,” Forsey said.

Forsey wants to host a “Winter Olympics” for the club’s next event. She’ll wait until it snows so she can host a snowman-building contest and bean-bag toss using snowballs.

“We’re hoping all these other bars and restaurants take advantage of it as well,” Forsey said. “We shouldn’t be scared of winter.”