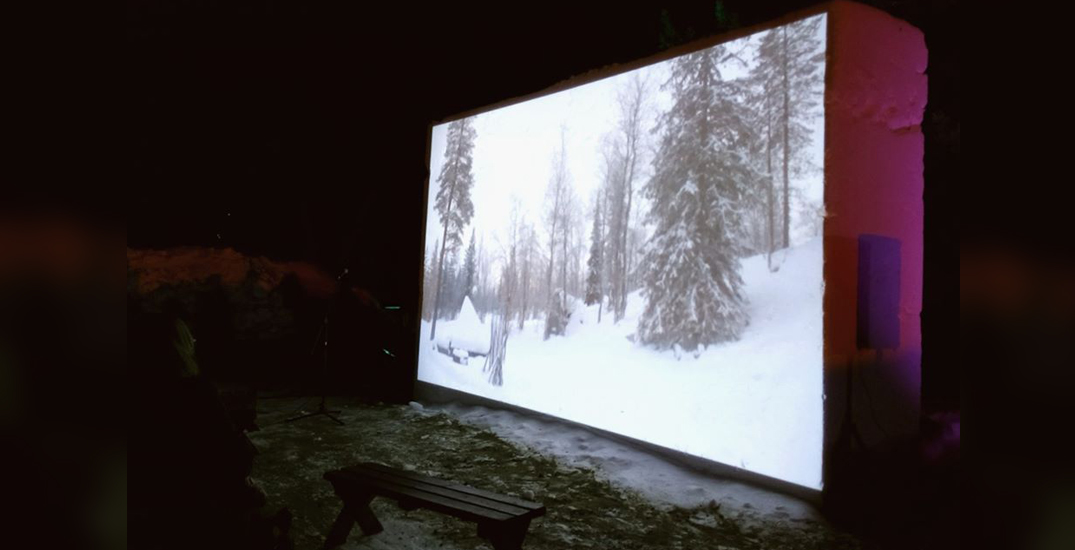 Edmonton’s International Festival of Winter Cinema returns to Hawrelak Park this February, where you can bundle up and enjoy free outdoor movies projected onto a giant block of snow.

The films shown at the snow theatre reflect polar and alpine themes, or can surface an Indigenous viewpoint or explore stories about climate change. The festival will also screen local movies made in Edmonton.

You can join other Edmontonians bringing blankets, hot chocolate, and coffee to watch the best in local, Canadian, and international winter films.

The screen itself is made from a giant slab of snow, and there are benches so viewers can watch. There’s also a little fire to provide some much-needed warmth. 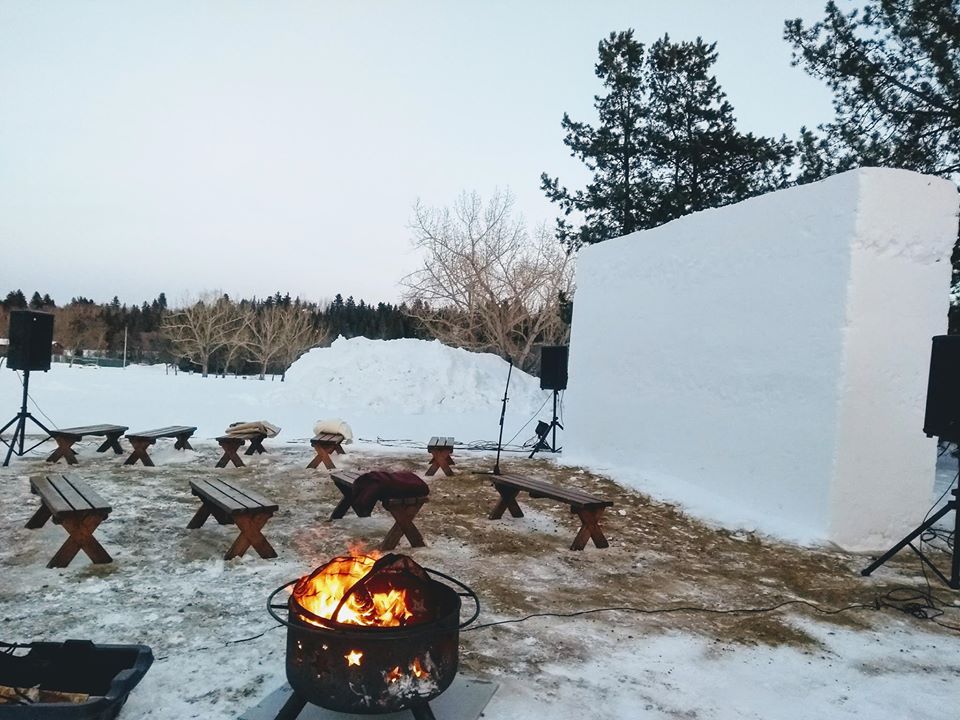 Throughout the film festival there are events such as screenplay feedback sessions, screenplay readings, and a 24-hour filmmaking competition.

It’s going on at the same time as Edmonton’s Silver Skate festival, so you can skate and catch a movie afterwards.

Where: Just behind the fire sculpture in Edmonton’s Hawrelak Park — 9330 Groat Road
When: February 13 to 16, 2020
Time: The will be a festival schedule ready soon