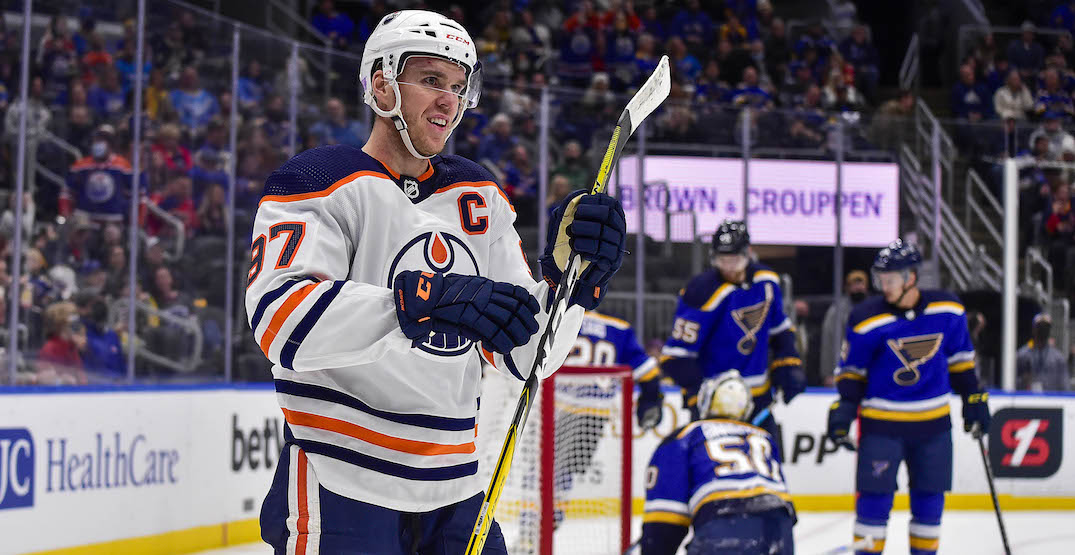 Sixth-fastest to 600 points in NHL history? Surely there’d be little reason for Edmonton Oilers captain Connor McDavid to tweak in that kind of approach.

“The speed, the mind, the hands — you consider everything he does in the game… What baffles me is people go, ‘Oh he’s going to have to change his game,'” Button, a former NHL general manager and current analyst, said in a TSN segment on Sunday.

“Connor, don’t change your game. Your game is amongst the best of all time. Just keep playing, and you keep playing the way you are, you will intersect with winning because not only are you a great player with all the requisite skills, you’re a great competitor, Connor McDavid.

“All you have to do is be yourself.”

“I do think he has to change his game a bit, not turn into a checker, obviously,” Tortorella said on ESPN’s Intermission show The Point on Thursday. “He’s talked about culture, he’s talked about standards, he’s talked about winning… You’re not just going to fill the net during playoffs and outscore teams. You have to play on the other side of the puck. You have to have that business-type attitude that ‘nothing’s going to bother me no matter how you’re going to check me.’”

Connor McDavid has dazzled, dangled and left us speechless countless times on his way to 600 career NHL points.

His 421 games required to reach the milestone bests Sidney Crosby (430 GP) for the fewest by any active player. #NHLStats: https://t.co/AzHnHQwaje pic.twitter.com/2NHky5MgVD

Though McDavid has been beyond the first round just once with the Oilers, it’s hard to argue that lack of success falls on him. He’s averaged over a point-per-game in his playoff career, and has absolutely shredded NHL competition in the regular season.

McDavid, whose 14-game point streak is the Oilers’ longest to start a season since Gretzky (16 games) in 1984-85, has become increasingly speedy through his splits, too.

Connor McDavid is the first @EdmontonOilers player since Wayne Gretzky (16 GP in 1984-85) to post a season-opening point streak of 14+ games.#NHLStats: https://t.co/cChxalpfnG pic.twitter.com/6NDUIRs3Hl

Quite the haul for a six-season run.

“We should be very appreciative of what we’re seeing,” Button said. “We’re seeing one of the great players of all time and he continues to get better. His ability to impact a game in so many significant ways is unprecedented except when you talk about the very few great players that only exceed him in terms of their own brilliance.”