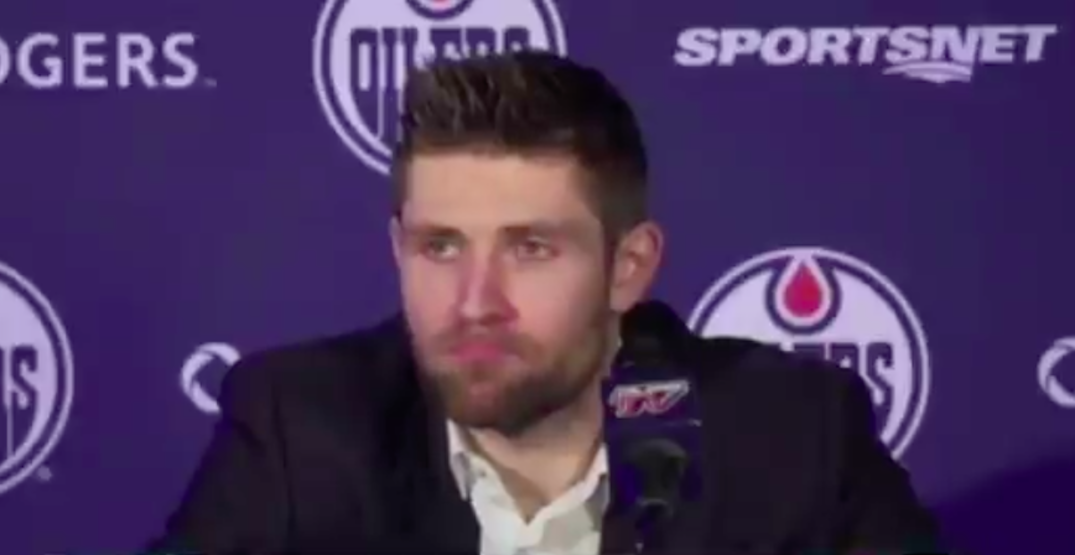 The Oilers just finished losing three straight games to the Toronto Maple Leafs. Not only did they get swept, but they were shut out in two of those games. Connor McDavid and Draisaitl, the two top point scorers in the league, were held to just one assist combined over those three games.

So when Draisaitl was asked about the recent play by Edmonton’s top players, he was not very happy and made that known during an exchange with a reporter.

“Does it add to the frustration that you guys really didn’t hold up your end of the bargain,” the reporter asked Draisaitl.

“No, we love that, we love going without a point in three days for sure,” Draisaitl said sarcastically. “It’s great.”

Coming into this series, the Oilers were red hot as they had just won five straight before facing the Leafs. They were making a charge up the standings to take the second-place spot from the Montreal Canadiens as they began their descent down the rankings.

They were only four points behind the first-place Leafs to start this series and gaining ground. Now, they are 10 points behind and sit in third place in the North Division.

Edmonton got close to a dubious record. In the team’s history, they had never been shut out for three straight games. Lucky for them, they did not earn that honour as Ryan Nugent-Hopkins got a goal midway through the second period — the only goal they scored against Toronto in the series.

The Oilers now get a couple of days off before they face the Calgary Flames at home on Saturday.