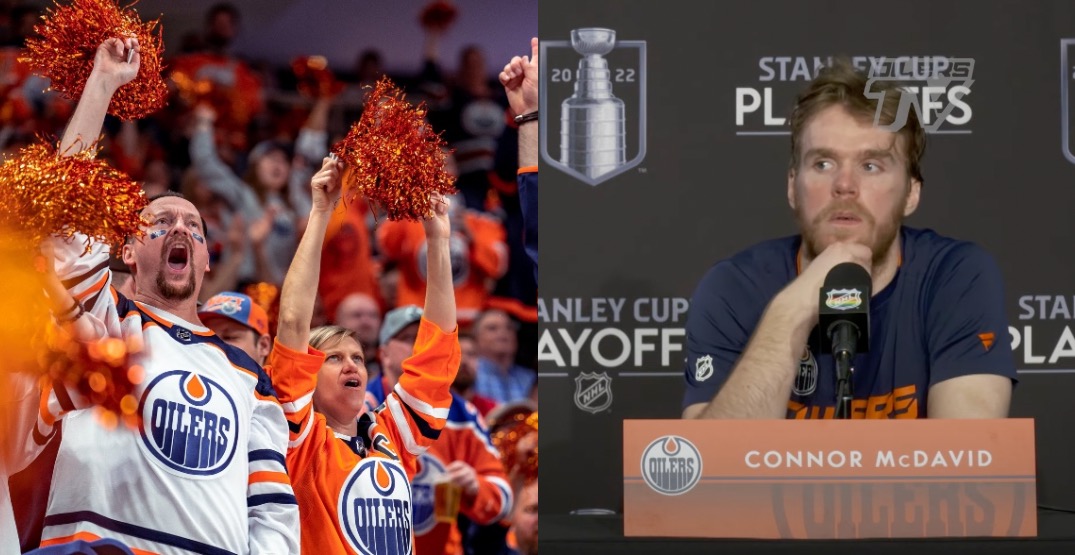 Edmonton Oilers fans may be feeling the loss of the Western Conference Final, but that didn’t stop them from showing their support for Connor McDavid at last night’s press conference.

The Oilers’ Stanley Cup dreams came to a close Monday night after the Colorado Avalanche defeated them 6-5, sweeping them out of the Western Conference Final.

Hundreds of Oilers fans could be heard throughout the post-game press conference, as they gathered outside on the sidewalk after the game.

Fans could be heard chanting “MVP” for Connor McDavid, while the Oilers captain was speaking following the series loss to the Avalanche.

Oilers fans made their love for the team apparent online after the game, touting their pride in how the season turned out, and of course, the Oilers win against the Flames in the Battle of Alberta. Bragging rights are important!

Colorado will now move on to face the winner of the New York Rangers vs Tampa Bay Lightning series for the Stanley Cup Final. The Rangers lead the series 2-1.