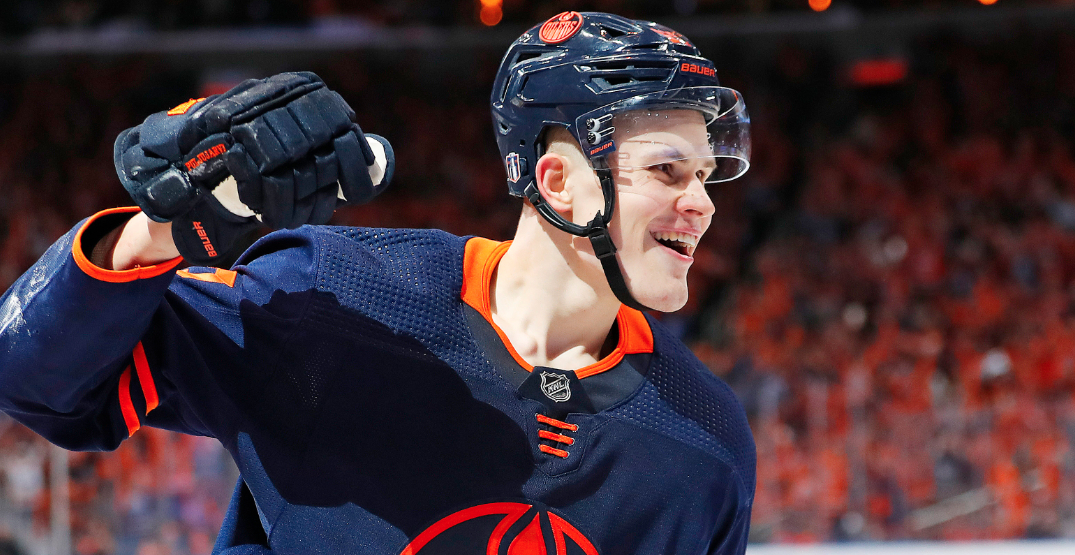 Edmonton Oilers coach Jay Woodcroft looks to be shuffling up his lines in advance of Game 5 of the team’s opening-round series against the Los Angeles Kings.

Woodcroft has dropped winger Jesse Puljujarvi to the third line with Josh Archibald and Ryan Nugent-Hopkins, opting instead to skate Kailer Yamamoto on Edmonton’s top line with Connor McDavid and Evander Kane.

“When you don’t find success as a team sometimes you shuffle the deck chairs around a little bit,” Woodcroft told media after morning skate. “For us, we felt this lineup gives us the best chance to win.”

Puljujarvi has two points (one goal, one assist) in four games. Yamamoto also has one goal and one assist in the series.

Ryan McLeod, who was centering the fourth line, will also jump to a line with Leon Draisaitl and Zach Hyman. McLeod has two points (one goal, one assist).

The Oilers, who scored a combined 14 goals in Games 2 and 3, were shut out in Game 4. The best-of-7 series is now tied 2-2 heading into Game 5 on Tuesday night.

Here’s how Edmonton will line up, according to Bob Stauffer of Oilers Now:

Mike Smith is expected to start for the Oilers. Smith has 2.27 goals-against average and .942 save percentage in four games in the series.

Game 5 can be seen on CBC and Sportsnet at 8 pm MT.