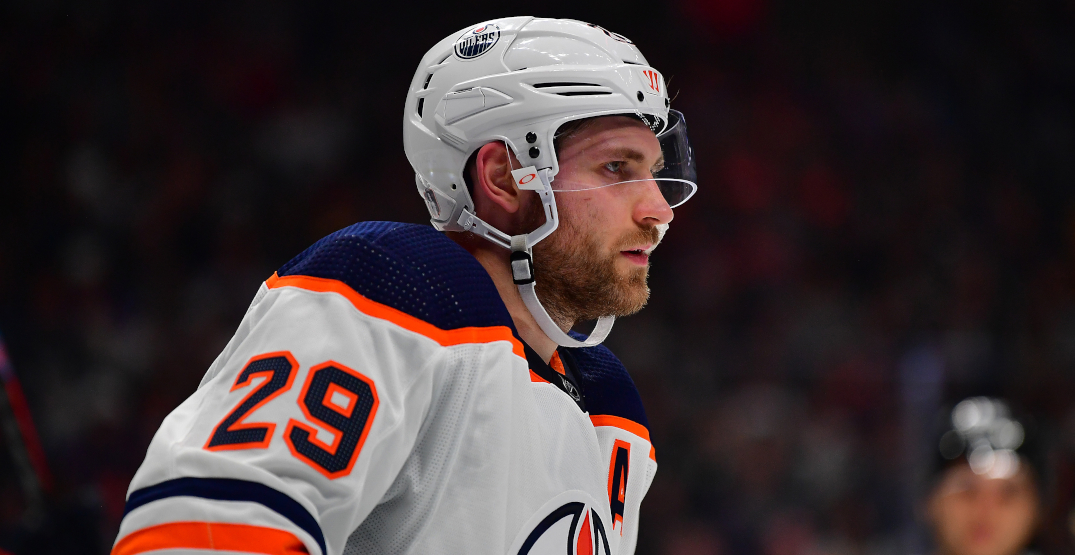 The Edmonton Oilers should have saved some goals for Sunday night.

After outscoring the Los Angeles Kings by a combined score of 14-2 during wins in Game 2 and Game 3, the Oilers couldn’t muster a single tally during a 4-0 shutout loss in Game 4.

The series is now tied 2-2, with Game 5 set for Tuesday in Edmonton.

Trevor Moore opened the scoring for the Kings in the first period. Troy Stecher and Carl Grundstrom (2) added the other tallies, while Jonathan Quick earned his 10th career playoff shutout.

Quick becomes just the 13th goalie in NHL history to register at least 10 playoff shutouts. The only active goaltender ahead of him is Marc-Andre Fleury, who ranks fourth all-time with 16 career playoff shutouts.

The Kings netminder is now the all-time leader in shutouts among American-born goaltenders.

The best sequence for the 36-year-old netminder came late in the second period when he made a couple of saves while missing his glove.

The playoffs are all about unlikely heroes stepping up, and that was true for a few Kings tonight.

Grundstrom, a former Toronto Maple Leafs prospect, registered the first three-point game of his career with two goals and one assist.

.@CarlGrundstrom’s nickname is Tonka, we now see why. 💪#GKG pic.twitter.com/l4DJEaSxTH

Stecher, who was a healthy scratch during the first three games of the series, made an impact on the game tonight with a goal and an assist.

The Oilers were due for a little regression offensively after averaging 5.67 goals-per-game during the first three games of the series.

Even after the shutout loss tonight, Edmonton still has five players who have averaged at least a point per game so far this postseason.

Evander Kane and Connor McDavid have six points. Evan Bouchard has five assists while Leon Draisaitl and Ryan Nugent-Hopkins each have four points.

In net, the Oilers should also be pleased with Mike Smith. After a rocky start to the postseason in Game 1, the 40-year-old has been solid. He’s stopped 116 of 121 shots over the last three games, good for a .958 save percentage.

Despite reasons for optimism, Jay Woodcroft talked about expecting more from his team during his post-game press conference.

“You get what you earned and tonight, we weren’t sharp enough to convert on our chances.”

“We certainly have more to give. To a man, we can all be better.”